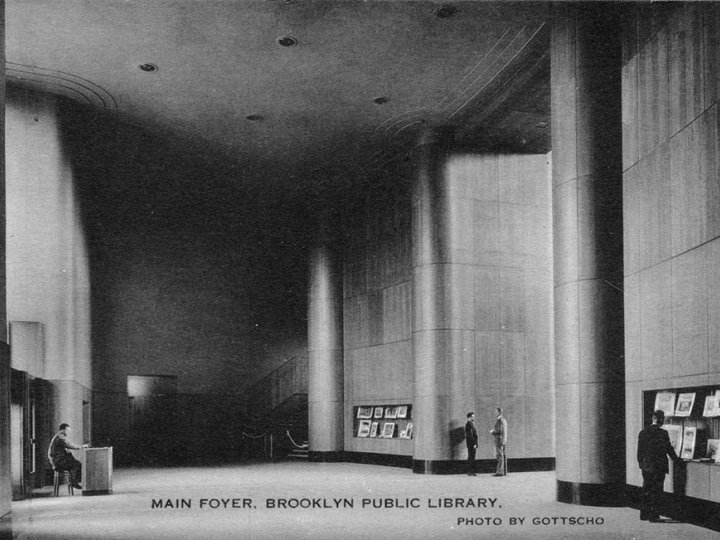 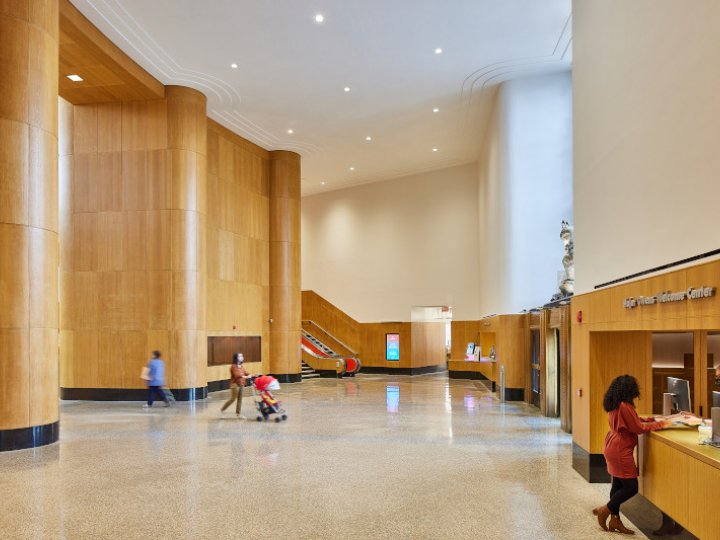 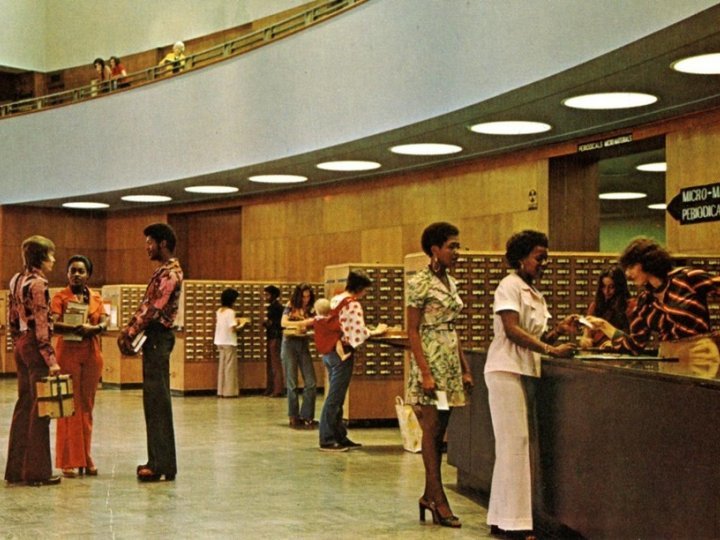 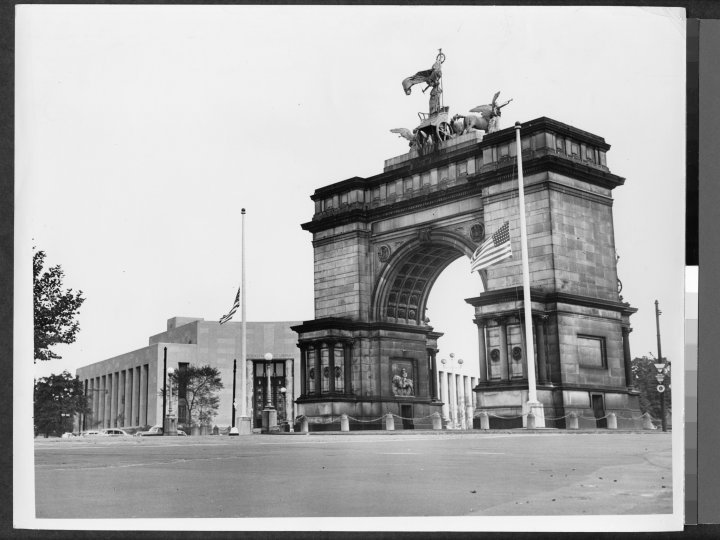 A view of Central Library from Grand Army Plaza

With its breathtaking façade, sweeping grand lobby and vast contemporary and historical collections, Central Library is a Brooklyn icon. The building’s history dates to 1889, when the Brooklyn Park Commission was authorized to select a location for the library. In 1912, ground was broken on architect Raymond F. Almirall’s imposing Beaux-Arts design, but construction slowed and eventually ceased in the following years as the nation and the borough endured economic difficulties brought on by World War One and the Great Depression. A single unfinished wing of the building sat empty on Flatbush Avenue for more than two decades.

Construction resumed on a reimagined Central Library in 1935, and the building finally opened to the public on February 1, 1941. The library’s design evokes an open book, with its spine on Grand Army Plaza and two wings opening like pages onto Eastern Parkway and Flatbush Avenue. Its 50-foot-high entry portico, set into the concave limestone façade, reflects the elliptical configuration of Grand Army Plaza. The dramatic entrance features fifteen gilded figures from American literature, framed by columns with gold-leaf etchings that depict the evolution of art and science through the ages. Find out more about the figures here. The library exterior also features inscriptions along the front entrance and Flatbush and Eastern Parkway wings. Find the inscription texts here.

In 2021, Central Library completed the first phase of a major renovation which includes a new Major Owens Welcome Center, New and Notetworthy, Civic Commons which hosts our partners IDNYC and Passport, a new Computer Center, and a new entrance off Flatbush Avenue.

The first floor’s Shelby White and Leon Levy Information Commons provides patrons with an inspiring, open space in which to work and create. In the Dweck Center for Contemporary Culture, BPL offers a wide range of free public programs. Central Library also hosts a passport office and an idNYC registration site. The library’s various subject divisions—including the Youth Wing; History, Biography & Religion; Languages & Literature; Society, Sciences & Technology; and Art & Music—offer larger and more in-depth collections than can be housed in the branches.

At 352,000 square feet, with a circulation of more than 1.7 million materials and an annual door count of 1.3 million visits, Central is Brooklyn’s home library, and one of New York City’s foremost cultural, civic and educational institutions.

The imposing zinc eagle perched above Central’s lobby is the only survivor of four statues that once adorned the headquarters of The Brooklyn Daily Eagle.