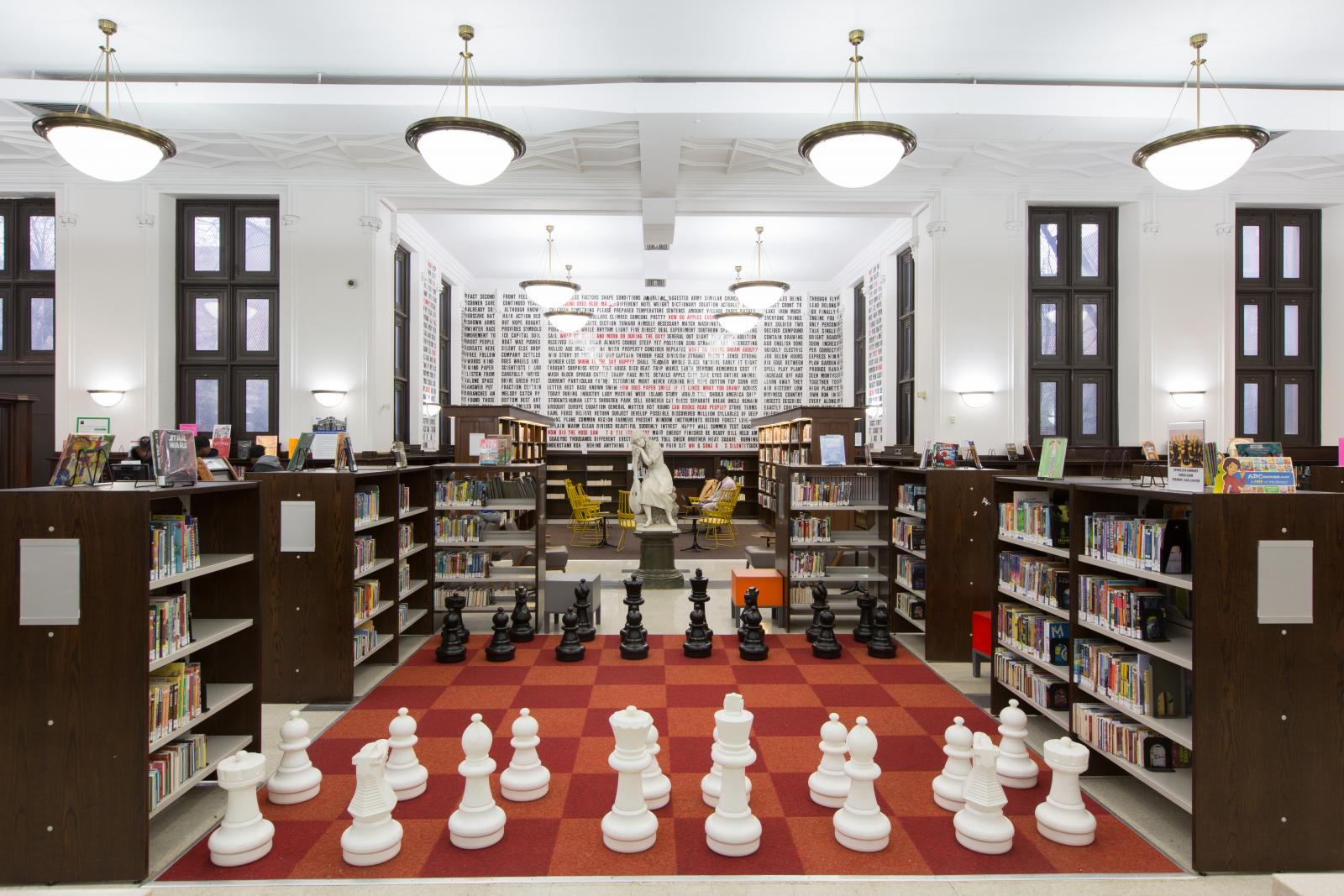 At the turn of the 20th century, Brownsville was a neighborhood bursting at the seams with immigrants new to the country, eager to read and learn. Originally constructed to relieve overcrowding at the nearby Brownsville branch, Stone Avenue Library was one of the last Carnegie libraries built in Brooklyn. Officially opened on September 24, 1914, it was originally called the Brownsville Children’s Library and is believed to have been the first library in the world devoted exclusively to serving children. In honor of its 100th anniversary in 2014, the branch underwent a renovation funded by the NYC Department of Design and Construction’s See ChangeNYC Program. Stone Avenue Library received a life-sized chess set, new furniture and lighting, and refinished floors and millwork. In addition, the branch now features a special “Word Wall” featuring Fry Words, the 1,000 words most used in reading and writing. This eye-catching mural is a visual reminder of the importance of literacy and learning.