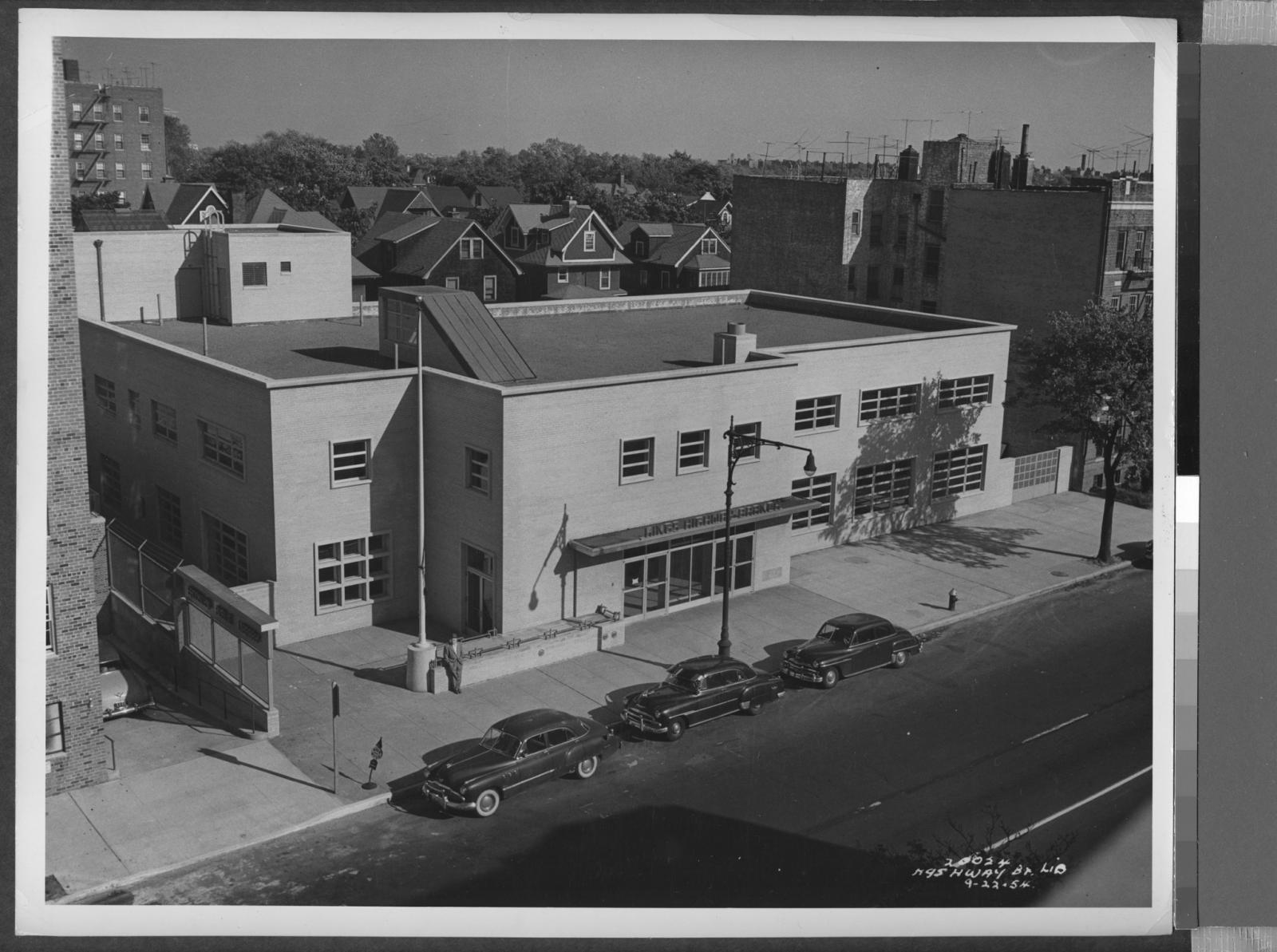 In the early days of the Brooklyn Public Library, many unstaffed deposit stations were established in stores and other facilities throughout the borough. The location of the Kings Highway station was probably unique: according to a newspaper report, in 1910, the library placed a collection in the undertaking establishment of a Mr. Cornell at Kings Highway and E. 12th St. After the undertaker's, the station soon moved to a shoe store. In 1912, the Kings Highway branch opened in its own quarters. The branch's new home, a little frame shack at 1508 Kings Highway, quickly proved too small for the reading public. Several additional moves followed. Finally, in 1952, a ground-breaking ceremony took place at the current Ocean Avenue site.

The building, designed by architects Knapp and Johnson and constructed by the Department of Public Works, was the first branch library to be erected in Brooklyn by the City of New York. The official opening ceremony was held on October 12, 1954. Renovations to the building, 2005-2009, added an elevator and self-check technology, in addition to interior remodeling by architects Li Saltzman Architects, P.C. The branch has the highest circulation rates in the BPL system, serving a community that is notable for its thirst for books and information. The Kings Highway Branch looks forward to serving the community for generations to come.

Wyckoff-Bennett Homestead, 1669 E. 22nd Street, is a New York City landmark. Built for Henry and Abraham Wyckoff in 1766, this house served as a quarters for Hessian officers during the Revolutionary War. The Bennett family has occupied the house since acquiring it in 1835. The Wyckoff-Bennett Homestead is the only pre-Revolutionary Dutch colonial house in Brooklyn that remains a private residence.