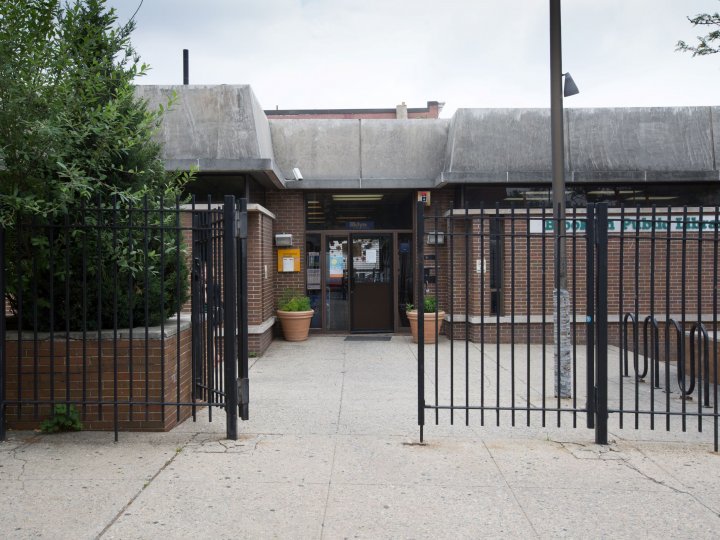 Testing where this slideshow goes

Greenpoint is the northernmost neighborhood in Brooklyn. It is known for its large Polish immigrant and Polish-American community, and it is often referred to as “Little Poland.” Nearby parks include McCarren Park, the neighborhood’s largest green space, and the smaller McGolrick Park, home to the landmarked Shelter Pavilion and a monument to the ironclad USS Monitor.

The original Greenpoint Library opened in 1906 and was one of Brooklyn’s first Carnegie libraries, but the building’s deterioration resulted in its demolition in the early 1970s. The replacement one-story library opened in 1973 and faithfully served a growing community. A mural by artist Leslie A. Wood adorned one side of the building; its installation in 2013 was made possible by the Friends of Greenpoint Library.

Many of Greenpoint’s streets, including Meserole and Calyer, are named for the farming families who once inhabited the area.