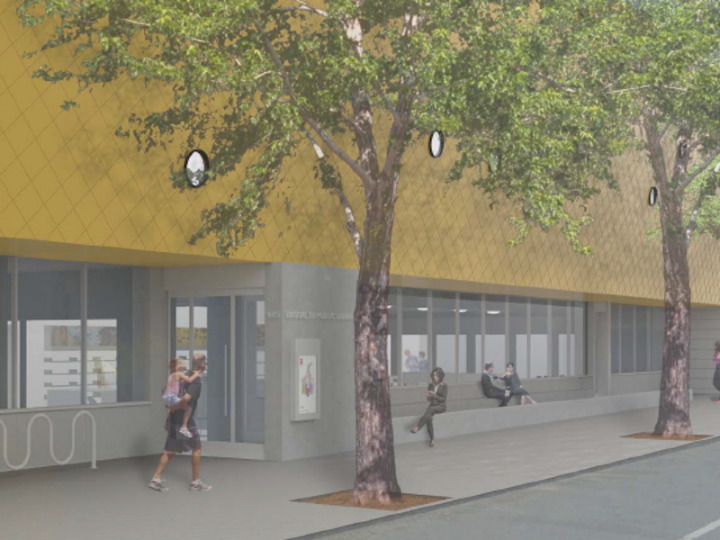 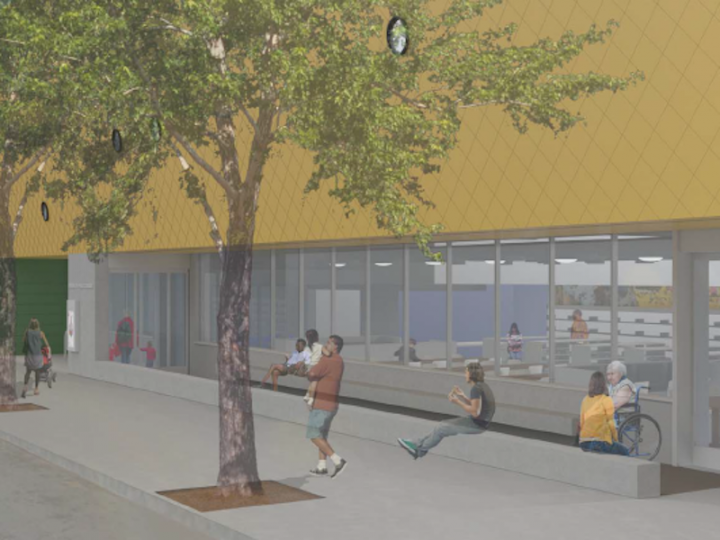 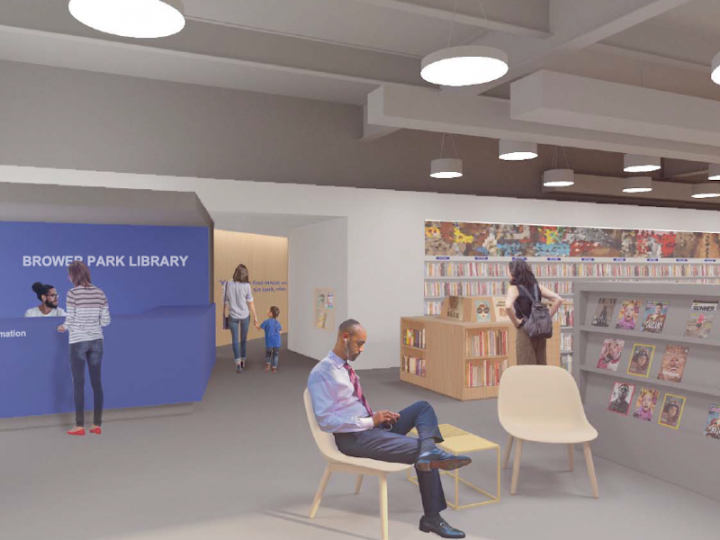 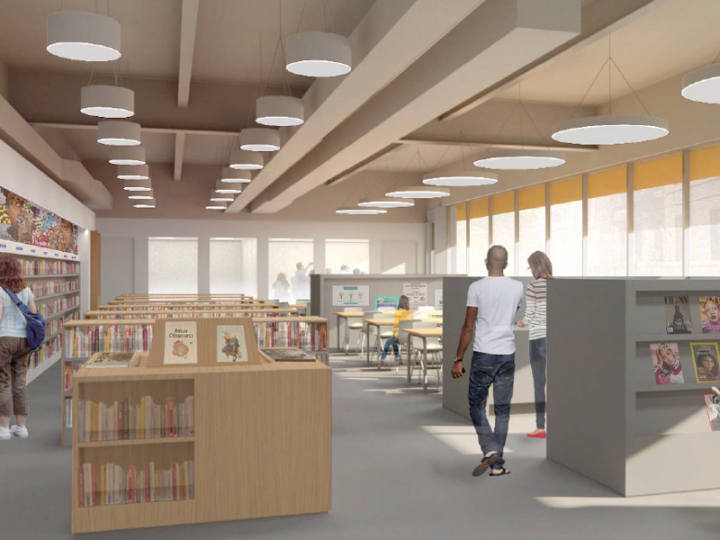 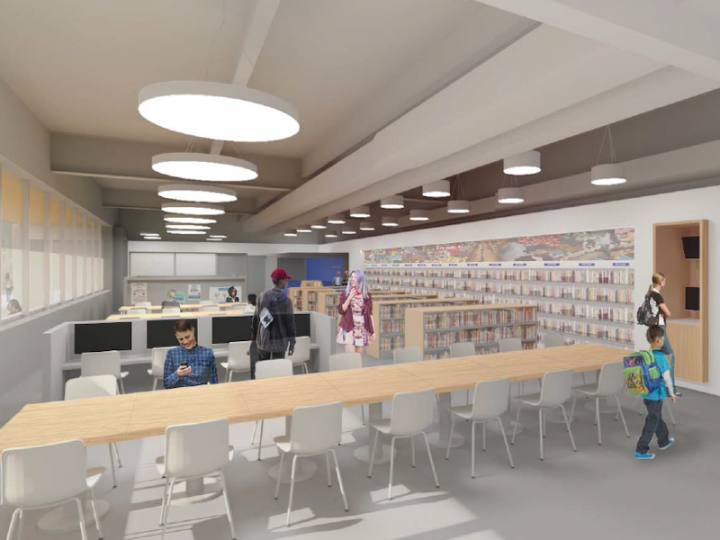 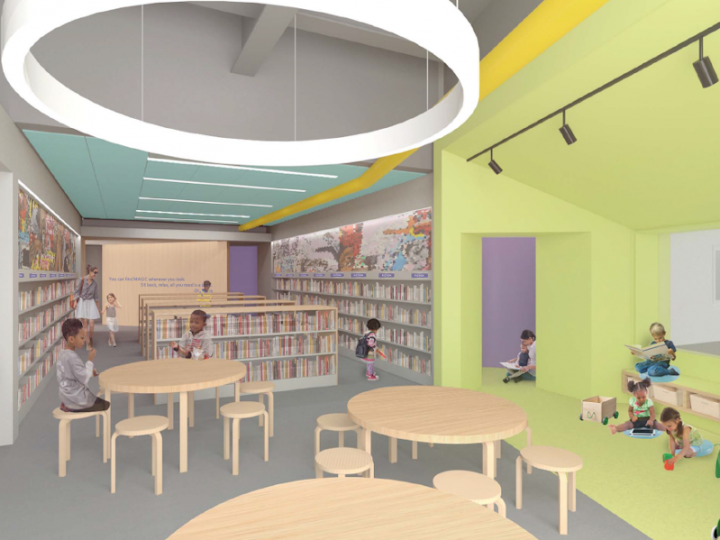 Due to COVID-19, the timelines and other information on this page may not be up-to-date.

More than a century after the institutions were founded, Brooklyn Public Library and Brooklyn Children’s Museum are partnering on a new library for Crown Heights. To be located on the Museum’s ground floor along Brooklyn Avenue, the branch will ensure the presence of a public library in the neighborhood for generations to come. The new branch will be a unique cultural resource for families in Central Brooklyn: visitors will be able to check out books from the Library and borrow items from the Museum’s collection, as well as enjoy collaborative programs.

The Need for a New Library

Opened in 1963, the Brower Park branch is the smallest public library in Brooklyn, yet it contributes significantly to BPL’s $240 million in unfunded capital needs, with necessary improvements—including a new roof, HVAC system and boiler—totaling $5.6 million. Brower Park is one of the Library’s few leased branches, owned by and subject to the interests of a private landlord. Purchasing the property to avoid the uncertainty of staying in a leased space would cost the City an estimated additional $3 million and the process would take several years, compounding the amount needed to fix the ailing branch.

The Library’s partnership with Brooklyn Children’s Museum relieves BPL of over $8 million in unnecessary investments while building a similarly sized, but far more modern and comfortable, branch to serve the community. Co-locating in a City-owned building will ensure an ongoing library presence for the neighborhood.

A New Kind of Library

Fifty-seven percent of the materials that are borrowed from Brower Park Library are for children and young adults. Young people and families are the branch’s most frequent users and will be among the chief beneficiaries of the Library’s partnership with the Museum.

In addition to traditional book lending, the Brower Park branch will also lend objects from Brooklyn Children’s Museum’s 30,000-piece collection. This offers an invaluable resource to educators in the community, who will be able to borrow authentic cultural and natural science objects to enhance their units of study. The Brower Park Library will be one of the only collections lending libraries in the country.

While the branch’s collection will be geared primarily toward children and teens, the needs of patrons of all ages will be considered during the design of the project, and adults will continue to be served at the new branch.

Financing and Building the New Library

BPL will pay the Museum a rent equivalent to what it currently pays for its leased space. The design and build-out of the new library will cost $3 million. The BCM successfully raised $3.3 million in public funding in the most recent NYC budget from Mayor Bill de Blasio and the Department of Cultural Affairs, Councilman Robert E. Cornegy, Jr. and Brooklyn Borough President Eric Adams. Before construction started in 2019, the Library worked with the Museum and Brooklyn-based architecture firm TsAO & McKown to gather public input. The renovation is expected to be completed in 2021. Until the new space opens, patrons can visit nearby branches to access library services; beginning in winter 2021, patrons can visit the Museum to return materials and pick up holds.

Thank You For Sharing Your Feedback!

At a community meeting on November 13, 2018 at the Brooklyn Children’s Museum, Architects TsAO & McKOWN shared their designs for the new branch, and how your feedback was incorporated.

Give Us Your Feedback