Indigenous Peoples Day is a celebration of the original inhabitants of America, and of New York. It is a day to acknowledge their history, to celebrate their customs and contributions to culture. And it is a day to learn more about indigenous people, and to carry that process of learning forward into a more ongoing project of discovering and honoring their contributions.

The original inhabitants of New York and its surrounding areas were the Lenape. Lenape territory extended from what is now Connecticut to Delaware, including all of New Jersey and most of what is southeastern New York. Their initial encounters with Europeans were to trade furs. Later dealings with Dutch, and then English, colonists, escalated from land arrangements into violence over the course of several years, and forced colonization of the land by Europeans. Canarsee was a Brooklyn tribe of Lenape, part of the Delaware Nation, that lived in most of what became Kings and Queens counties.  The name Canarsee in the Algonkian or Lenni language means “fenced in community.” Their main occupation was hunting and gathering, fur trading and fishing. Native Americans had settlements in Bushwick, Gravesend and Fort Hamilton (They called it Navack.). They named Brooklyn Heights “Ihpetonga” or “high sandy bank.” Sheepshead Bay became a source of wampum, shells for trading. Descendents of the Lenape live in parts of the United States and Canada.

There are many ways to learn about, and engage with, the history of indigenous people in New York and beyond. Here are some booklists, virtual offerings, and hands-on activities that will help you and your kids learn more, and honor the indigenous culture and experience. 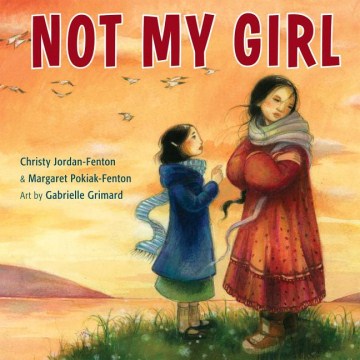 Books for kids and teens

Learn more about the Indigenous People of New York. Rachel Byington is an educator, and a member of the Choctaw Nation. Her presentation will focus on the history and contributions of three Native nations originally from what is currently called “New York”–the Oneida, the Stockbridge-Munsee, and the Brothertown. Treaties reduced the land holdings of these peoples and eventually forced their removal from New York to Wisconsin.

View the broadcast on Monday, October 12, at 6:00 pm on the Urban Stages Facebook Page.

Here are some online resources for parents, teachers, and older kids, where you can learn more about Indigenous people and land.

Circle of Stories Parents and teachers can help older kids, and teens explore the rich history of indigenous storytelling with this lesson plan from PBS.

Native Land Interactive Map A map to explore the many indigenous cultures and languages of the Americas, as well as the history of treaties between Indigenous peoples and European colonizers.

Navajo Code Talkers (Scholastic.com) Learn more about the ways Navajo people were recruited by the US military to use their language to help create a military communications code.