Clarendon, Cortelyou, Homecrest, Midwood, Kensington, and Kings Highway Libraries are temporarily closed due to elevated rates of Covid-19 in surrounding communities. Select BPL branches are now open for limited service! Learn about what is currently available, as well as our wide range of digital services. Learn more. 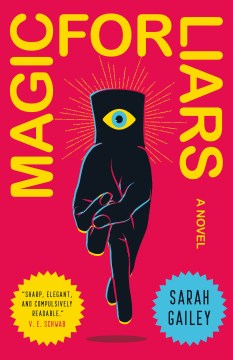 I have a complicated relationship with Harry Potter. I read the first three books back-to-back-to-back at the very beginning of the Harry Potter craze, then proceeded to fall in love with Harry, Hermione, and Ron over the next decade. As I was about to enter my senior year of high school, Harry was battling Voldemort for the last time. I quite literally grew up with Harry.

Harry Potter taught me that girls could be smart and capable (even more so than the boys), that friendship and love and determination can defeat evil, and that evil isn’t always obvious (remember Dolores Umbridge?) and to stand up and fight it in all its forms. But Harry Potter also taught me a series of lessons that were spoken much more quietly and took me a long time to unlearn.

You see, I was a deeply closeted gay kid living in a rural, small town. I didn’t know it then, but I was looking to these magic schools as doorways to other worlds in order to escape and find reassurance that I wasn’t alone. Every time that J.K. Rowling revealed information that wasn’t in her books, she was showing her readers what she thought was important. The fact that she shouted “Dumbledore is gay!” and everyone praised her never sat right with me. What she was saying in that moment wasn’t “Queer people have a place at Hogwarts,” but instead “Queer people’s identities don’t really matter to who they are.” Even as I proclaimed, “Yes, I’m a Ravenclaw!” I quietly wondered, “But would they even want me there?” Rowling has made it clear lately that she wouldn’t. She’s started saying that quiet part out loud - that queerness (especially trans and non-binary identities) isn’t real and that queer kids have no place in her world.

Luckily, we don’t have to rely on Hogwarts anymore. Rowling, despite her dangerous and damaging opinions, paved the way for so much queer magic. Authors—queer, trans, non-binary authors—saw the empty spaces in Harry Potter and filled them with love and joy. They took the lessons about misfits and friendship and standing up for what you believe and wrote books where we all had a place. I am so grateful for the work that has been done by these writers to create inclusive, welcoming worlds for everyone.

So here’s a list of books that feature queer and inclusive magical schools. These are the books that I wish I had when I was younger. If I could, I would go back to 15 year old me and give them to her and say, “Look! Characters whose queer identities are central to who they are and to their stories, just like yours will be one day.” I would go back to 11 year old me, who was secretly hoping that her Hogwarts letter just got lost in the mail, with these books in hand, and say oh so gently, “Look. Here’s a place where you wouldn’t have to stay in that closet. Maybe Hogwarts isn’t the right school for you, after all.”

1 and 2. Magic for Liars and When We Were Magic by Sarah Gailey

Gailey is one of my favorite authors, which is why they’re on this list twice.

Magic for Liars tells the story of a magical school from the point of view of an outsider. There’s been a murder at Osthorne Academy for Young Mages, and it’s up to Ivy Gamble to come in and solve it. Ivy is non-magical, and she wouldn’t want to be magic even if she could, she promises. Following Ivy through this world that she doesn’t understand yet longs desperately for captures some of the challenge and nostalgia of reaching back for Hogwarts now. It is a novel about identity and uncertainty and acceptance, and I loved it immensely.

When We Were Magic takes place in a totally normal high school, except some of the students secretly have magic. It follows six students as they band together after a tragedy in order to understand their magic and themselves better. It focuses on the relationship between the characters, both romantic and platonic, and ultimately shows how powerful friends can be when they band together. 3. Girls of Paper and Fire by Natasha Ngan

Each year, girls are chosen to train to serve the king in Girls of Paper and Fire. While many girls dream of this honor, Lei never wanted to be taken away from her village like her mother was. Upon hearing about her beauty, however, the emperor sends for Lei, whether she likes it or not. Once Lei and the other girls begin their training, Lei finds herself drawn to one of them more than the rest, and the two of them are forced to reckon with the consequences of their decisions. Not only does this novel take place in a magical school, but it has a beautiful yet complicated romance at its heart.

4. The House in the Cerulean Sea by TJ Klune

The House in the Cerulean Sea follows Linus Baker, a social worker who works for the Department in Charge of Magical Youth. One day, he’s sent to an unusual boarding school, even by his Department’s standards. Once there, he finds a cast of strange outcast kids, watched over by the mysterious Arthur Parnassus. This book is utterly delightful and heartwarming, with the happiest of queer endings.

5. Every Heart a Doorway by Seanan McGuire

What happens when kids who find doorways to magical lands (think Alice or the kids from The Lion, the Witch, and the Wardrobe) get unceremoniously sent back to their “normal” lives? How does one grow up knowing that there’s magic hiding just out of reach? This is the question that McGuire asks in her phenomenal Wayward Children series, which begins with Every Heart a Doorway. The cast of characters is as queer and diverse as they come, and each book follows a different one of the kids.

6. The Black Tides of Heaven by Neon Yang

In The Black Tides of Heaven, twins Mokoya and Akeha are sentd from their home to the Grand Monastery as a part of a deal their mother, The Protector, made. The twins are raised in the monastery, learning about their magical gifts and training from the monks. As they grow up, Akeha decides to flee the monastery and join the rebellion, while Mokoya stays behind. Only a portion of this book takes place in a magical school, but the world building is rich and the characters are memorable. Additionally, Yang’s world is one where gender is not assigned at birth, but rather chosen by children as they age. That concept alone makes it worth picking this book up.

Not Your Sidekick is less fantasy/magic and more science fiction. Andover is a world where kids manifest superpowers. Most kids, that is. Jess Tran hasn’t shown any powers yet, to the chagrin of her powerful parents. In order to spite them, she decides to take an internship with the town’s most notorious villain. This is a fun twist on the idea of superpowers, “magical” schools, and learning who you are.

Looking for even more? Check out this booklist with more suggestions for schools with queer characters and magic! Also, you might be interested in this booklist featuring all SFF written by trans and non-binary authors.