Trudging through the chilly breeze and long, dark evenings of winter, we looked forward to spring: budding of new leaves, sunnier days, and those two magic words: Play Ball! Spring training would have been the first sign of hope for warmer days, evenings spent watching a favorite team on TV, or listening on the radio. Whether you’re a die-hard baseball fan who grew up loving a favorite team, or a more recent fan, it’s clear that this season isn’t going to be what you remembered, and may not be what you hoped to find.

Brooklyn has its own deep roots and history with baseball, from the Brooklyn Dodgers’ home in Ebbets Field, to the Brooklyn Cyclones, the Mets minor league team, who won the championship for their league in 2019.

Brooklyn Public Library is here to help baseball fans wishing for the start of the baseball season. Librarians Robert Weinstein (a Detroit Tigers fan since birth) and Elizabeth Willse (a relatively newly-minted but enthusiastic Mets fan) have compiled a list of books that celebrate and honor baseball’s wonderful past, to help us wait out the strange times we find ourselves in, and keep us hoping that spring will come to our favorite baseball fields.

So...grab your favorite baseball cap, and maybe a handful of peanuts or cracker jacks, and read on.

Our Game: An American Baseball History by Charles C. Alexander
An entertaining chronicle of baseball history from the first professional league to the end of the 1980’s. The author blends “anecdote, incident, and analysis” for a comprehensive view of the sport from its changing style of play to its role in the culture of the United States.

Glory of Their Times: The Story of Baseball, Told by the Men Who Played It
Presents autobiographical accounts of the early days of baseball from the first half of the twentieth century, narrated by some of its most accomplished players, including Harry Hooper, Al Bridewell, Babe Ruth and Goose Goslin. Their stories, in their own words, capture the game as it was.

The Boys of Summer by Roger Kahn
This classic history covers the Brooklyn Dodgers of the 1950’s: from their rise to the big leagues to their heyday as major leaguers to their post-big-league lives. Kahn’s masterpiece is a book about many things: relationships, prejudice, disappointment, bravery, perseverance, failure and disillusionment. This look at the lives of legends exposes the grit and humanity behind the myths of our national pastime.

What Baseball Means to Me: A Celebration of Our National Pastime
This book of essays from notable baseball fans, including Dave Barry, Doris Kearns Goodwin, Jimmy Carter (and many more) brings nuance and insight into the joy of the sport. Over one hundred essays and anecdotes pay homage to this most beautiful game. 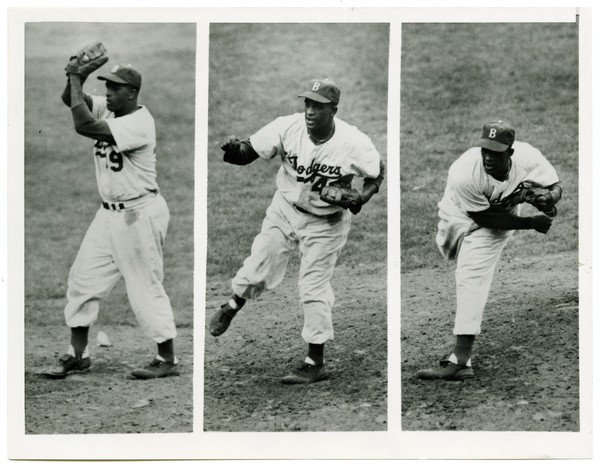 Tales from the Dodgers Dugout: A Collection of the Greatest Dodgers Stories Ever Told by Carl Erskine
Carl Erskine, one of the fabled “Boys of Summer” of the Brooklyn Dodgers, recounts memories and anecdotes from his baseball years, including legendary moments in Dodgers history such as Don Larsen's perfect game in the 1956 World Series, and his memories of the team when Jackie Robinson broke the color barrier and became the first black player in Major League Baseball history.

The Catcher Was a Spy: The Mysterious Life of Moe Berg by Nicholas Dawidoff
Moe Berg is the only Major League baseball player whose card is on display at CIA Headquarters. An enigmatic figure who had both a 15-year career as a catcher for teams such as the New York Robins and the Chicago White Sox; and also made a career as a spy for the OSS during World War II. Here, Dawidoff provides "a careful and sympathetic biography" (Chicago Sun-Times) of a somewhat mysterious figure in baseball history.

Making My Pitch: A Woman’s Baseball Odyssey by Ila Jane Borders
Ila Jane Borders played professional baseball for four years and was the first woman in the modern baseball era to earn a win as a pitcher. This book chronicles her rise through the ranks of Little Leagues, High School and College baseball as well as the life she led before and after these achievements.

The Resisters by Gish Jen
Dystopian baseball novel that takes place in a future United States called AutoAmerica. It follows a baseball prodigy named Gwen as she navigates the worlds of class and baseball in the newly reinstated Olympics.

Where Nobody Knows Your Name: Life in Minor League Baseball by John Feinstein
Before they can realize their dreams of playing on a Major League team, many players work their way up through the minors, while some never make it there at all. Feinstein talks to many of the players of Minor League Baseball, some of whom have had a moment on a Major League field, and some who are still holding out hope of making it there for the first time. Along the way, his descriptions of the smaller scale and ardent fans of minor league teams capture some of the way baseball used to be in smaller towns and simpler times.