Due to the COVID-19 pandemic, all BPL locations are closed until further notice. Learn more. 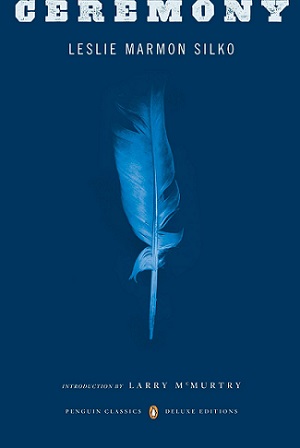 Peaceful Pilgrims escape the evils of England; neighborly ‘natives’ share their bounty with the new immigrants: a beautiful beginning to an even more beautiful country....

We are made familiar with such Thanksgiving mythology at an early age; hopefully we grow as familiar with the uncensored version by adulthood? Perhaps at some point, possibly on a college campus, we learn about the pox blankets, raping and pillaging, broken treaties and the disregard for sacred lands that amalgamate our complex history? And perhaps you've noticed, potentially in overdue acknowledgement of this complexity, there has been a recent renaissance in both demand for and appreciation of diverse voices in literature?

I am drawn to books that fall under the #OwnVoices umbrella, because they fill in the blanks that my American education left out about the First Nations that inhabited North America before ‘we’ showed up. But even if you live in a bubble where current events can’t reach you, or you missed that day in U.S. History 101, I am here to ease your initiation—just in time for your Thanksgiving celebrations. This year, after you’ve eaten your third slice of pie and watched all the football you can tolerate, here is a sprinkling of titles by Native American authors, featuring Native American characters, to give you a better picture of the people upon whose lands we reside.

There, There by Tommy Orange follows twelve characters from Native communities, on their way to the Big Oakland Powwow, who, unbeknownst to them, are connected to one another.
Heart Berries, Terese Marie Mailhot’s debut memoir, traces her life through her troubled childhood, early and tumultuous motherhood, and adult struggles with mental health and personal identity.
Monkey Beach by Eden Robinson introduces us to Lisamarie, who takes us with on the 500-mile voyage to Vancouver to find her drowned brother’s body. She recounts her life—full of ghosts and shapeshifters and premonition, OH MY!—along the way.
Where the Dead Sit Talking, Brandon Hobson's coming-of-age novel set in the Oklahoma of the 80s, is about 15-year-old Sequoyah, his incarcerated mom, and his life in foster care where he bonds (a little too much!) with Rosemary, another Native American living in the home with him.
Ceremony by Leslie Marmon Silko covers both Thanksgiving and Veteran’s day in one; Tayo, returns to the Reservation after fighting in WWII, minus his will to survive. Will he succumb to alcohol, like the rest of his cohorts? Or find his way back home?

BONUS RECOMMENDATION: Read the blog post “Our Native Land” by The Brooklyn Collection’s own Natiba Guy-Clement for some information on the Living Land Acknowledgement workshop she attended at the Brooklyn Museum.