There’s no better way to celebrate the end of summer more than watching world class athletes whack green fuzzy balls back-and-forth on a cauldron-like afternoon in Flushing Meadows park while sipping a cold beverage--quick shout out here to the US Open signature drink the Honey Deuce. 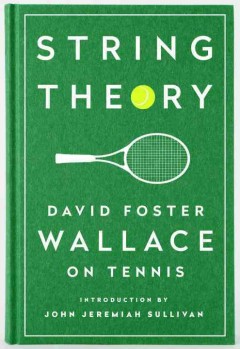 If you’re not already a fan of US Open tennis, you are decidedly missing out… the pageantry and country club pretension of professional tennis mixed with well-lubricated New York sports fans, soap opera antics, rising stars beating the odds, and titans of the sport refusing to retire make the Flushing Fortnight arguably the best sporting event of the summer. To catch you up on some of the drama from last year: an umpire was disgraced, sexist rules were exposed, a young Haitian/Japanese/American star was born, and Serena Williams epicly fought the patriarchy.

On a more uplifting note, American fans have something big to look forward to in the new teenage phenom Coco Gauff who made it into the second week of Wimbledon, taking out Venus Williams on the way. When asked what she was going to do with her $220,000+ prize money, the down-to-earth 15 year old responded that she was excited to buy some hoodies.

So, if you’re not already fired-up by the recent on and off court drama, here’s a mix of fiction and non-fiction that will get you feeling ready for the big event.

When this was first published it rocked the tennis world. Agassi's autobiographical saga covers his difficult upbringing with an overbearing father, his failed relationship with Brooke Shields, and his drug issues and how the ATP tour tried to hide it.

Many saw him as a champion of the sport in both his material successes and his ability to make the sport appeal to a new generation, while many others viewed him as petulant and disrespectful. Whatever your opinion may be, the book reveals what it takes to succeed on the ATP World Tour and the tax it can take on it's players.

Looking for a light summer read? Then look somewhere else... This epic work covers explores the foibles of family in philosophical comedy that in part takes place at a tennis academy. The depth and passionately-written multilevel narrative make it well worth the time.

David Foster Wallace was an outspoken tennis fan and player. String Theory is a collection of his essays and writings on the sport that makes for a fun quick read.

The legacy that Arthur Ashe left for tennis and America was momumental. He was the first African-American man to win a grand slam and the first US Open champion of the Open Era. His biography covers his sporting career, his work as a human rights activist, and his death from AIDS.

The Inner Game of Tennis by W. Timothy Gallwey

This guide on the mental side of tennis has gained clout as an indomitable work in sports psychology. Although the appeal may seem niche, the work was influential enough to lead to the popular sequels The Inner Game of Work, and The Inner Game of Golf. Give the original a try and see why it's so popular!

Until August 26th rolls around and we can all enjoy the Open, here’s a teaser of the G.O.A.T. (greatest of all time), Roger Federer, and his budding boy band…

See you at the open with a good book in hand!