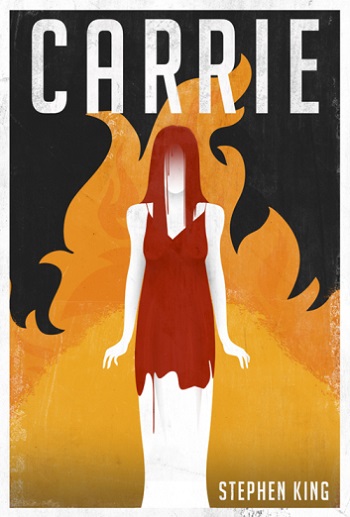 With even the most cursory overview of the literary canon, it is clear that a curious preponderance of protagonists seem to have survived some pretty bad parenting. It occurs to me that while this condition may be great for their narrative arc it probably makes celebrating Mother’s Day a little uncomfortable. So in honor of these hapless heroes and heroines of some of my favorite works of literature, I submit this list of not-so-great, fictional mothers who are bound to offer some timely perspective to the not-so-fictional, great mother in your own life. Enjoy!

Mrs. Wormword in Matilda by Roald Dahl
As wonderful as Ms. Honey is as a mother-figure to Matilda later, this book is peppered with horrible mothers (and fathers). While Mr. Wormwood and Trunchbull are the villains of this story, Mrs. Wormwood is no innocent. Her true horribleness becomes clear when we compare her to the sweet and gentle nature of Ms. Honey. While her neglect ultimately leads to the blossoming of Matilda’s telekinetic powers, it’s a triumphant moment when the reader realizes Matilda will no longer be part of this toxic family.

Aunt Petunia in Harry Potter and the Sorcerer’s Stone by J.K. Rowling
While Petunia was not Harry Potter’s mother--who by contrast sacrificed herself to save her infant son, Petunia Dursley became the only mother figure Harry would know (until he leaves for Hogwarts that is). Repeatedly she prioritizes the needs of her own child over those of Harry and allows her jealousy and bitterness towards her sister to poison her relationship with her nephew.

Margaret White in Carrie by Stephen King
When you think “bad mom,” Margaret White probably is the first character to spring to mind. Margaret’s vindictive personality and constant abuse of Carrie leads Carrie to being a very reserved young woman. Margaret’s behavior of Carrie deteriorates throughout the book until we arrive at prom night—and we all know how that ends.

Daisy Buchanan in The Great Gatsby by F. Scott Fitzgerald
Daisy Buchanan is such a neglectful mother you might have even forgotten she was one. I can’t even say anything further since her daughter is brought up so briefly in this book. I’ll let you stew on that for a little.

These “bad moms” made an impression in my reading life. What other mothers would you add to this list? Let us know in the comments!

What a neat list! I also think that the mother in Helen Oyeyemi's Boy, Snow, Bird would fit nicely among these bad moms.