Have you taken a hike recently only to wonder where all the wildlife is, remembering nature walks from your youth that were teeming with animal activity? Is there a certain bird or flower from your childhood that you don’t see anymore, or maybe a tasty variety of vegetable or fruit that is nowhere to be found? According to the Earth Day Network, our planet is now facing an unprecedented extinction of plant and animal species that is directly linked to human activity, from climate change, deforestation, habitat loss, trafficking and poaching, unsustainable agriculture, pollution, and pesticide use. To draw attention to this loss of wildlife species, the 2019 Earth Day theme is Protect our Species.

Here are a few titles from our collection that will pull you into the wonder of plants and wildlife, educate you on the science behind this new mass extinction, and get you energized to become an activist on behalf of living creatures that can’t represent themselves.

The Breath of a Whale by Leigh Calvez - Were you horrified by the news story in late March reporting on the whale found with 88lb of plastic in its stomach? You’ll feel an even greater need to protect these ancient giants after reading this moving book by author and naturalist Leigh Calvez, who gracefully weaves scientific study in with her own very personal, spiritual experiences with mammals of the sea. 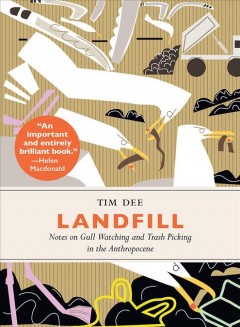 The Hidden Life of Trees by Peter Wohlleben - Did you know that trees can feel pain? Or, that they have ways of communicating with each other? Do you know just how important they are in maintaining earth’s biodiversity and climate? This exquisite book by woodland manager Peter Wohlleben brings these silent, slow creatures vibrantly alive.

The Monkey Wrench Gang by Edward Abbey - The only fictional work listed here, this 1973 classic by Edward Abbey sparked the eco-revolutionary group Earth First!, long targeted by the FBI for their violent actions on behalf of Mother Earth. The darkly comic novel follows a group of four saboteurs waging a private war against industrial developers threatening natural habitats in the southwest.

Lion Hearted: the life and death of Cecil & the future of Africa's iconic cats by Andrew Loveridge - In 2015, the murder of Cecil the Lion drew worldwide attention to big game hunting practices and a dwindling lion population; it has shrunk by an estimated 43 percent in the last 20 years. Dr. Andrew Loveridge, the zoologist that studied the infamous lion for eight years, recounts his work studying lion prides in Zimbabwe, explores the complex issues surrounding lion conservation-―including human-wildlife conflicts and trophy hunting―and shares the harrowing tale of Cecil’s death.

Landfill: notes on gull watching and trash picking in the anthropocene by Tim Dee  - Gulls are known commonly as trash birds―perhaps a fitting mascot for our human-dominated epoch. In Landfill, former BBC producer Tim Dee documents his and others’ studies of the gull, working to correct a bad reputation with stories of their intelligence, resourcefulness, and adaptation.

Eager: the surprising, secret life of beavers and why they matter by Ben Goldfarb - Readers will be surprised and captivated by the history of beavers in North America―almost hunted into extinction in the 1800s―and the valuable role they play in managing our landscape; beavers are the solution for many of our environmental problems. More than that, as author Ben Goldfarb writes in his introduction, the story of beavers is the story of “how we can learn to coexist and thrive alongside our fellow travelers on this planet.”