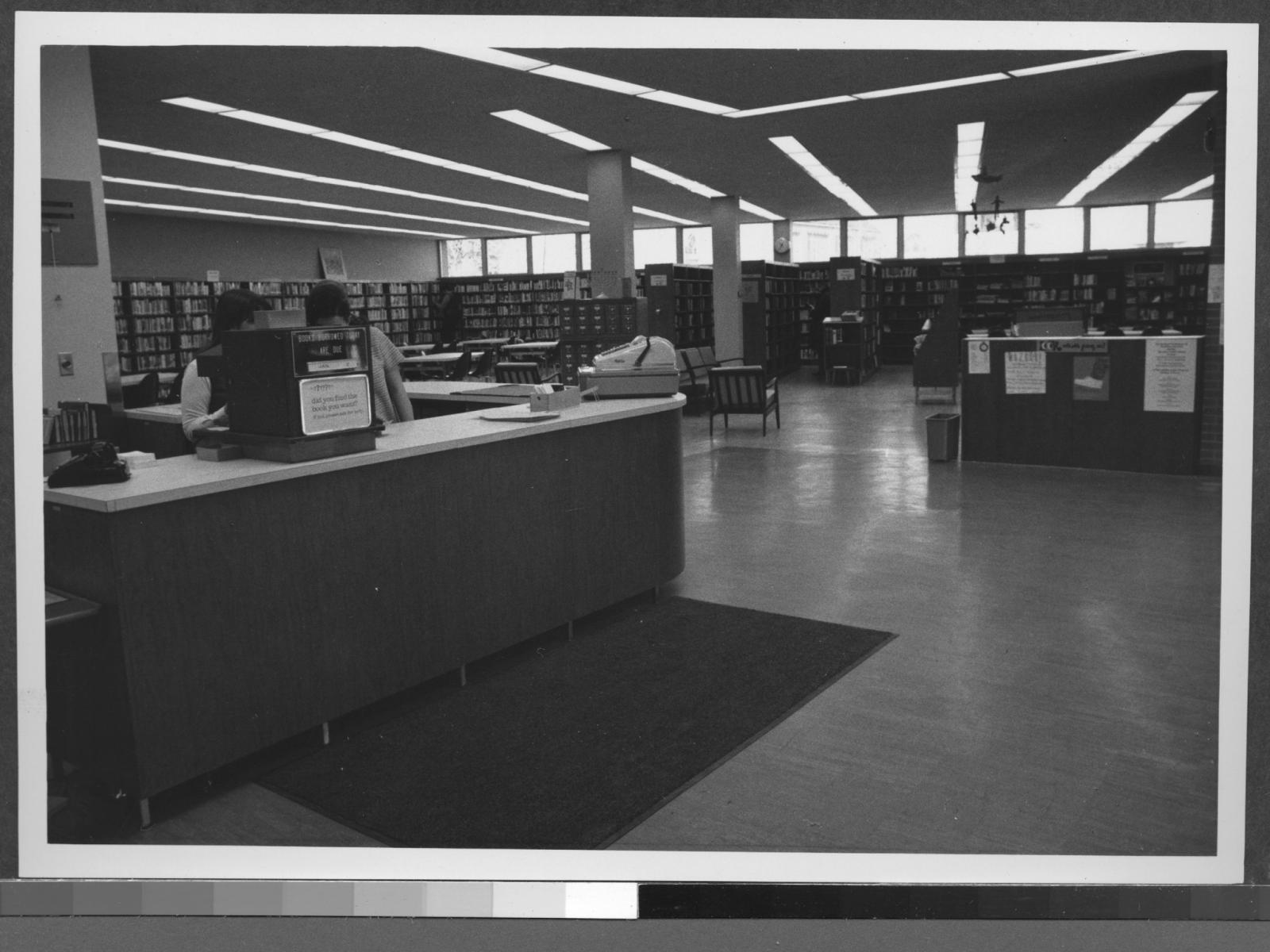 Library service in Windsor Terrace dates to 1922, with the opening of a 3,000-book collection and deposit station in a local pharmacy. Open six days and five nights per week, this resembled a very small branch library; it served the community, in a variety of locations, until 1940. BPL’s annual report from 1947 notes that at the time, the neighborhood was served by a makeshift library in two abandoned streetcars.

From 1951, the area was served once a week by a Library on Wheels. Construction of the Prospect Avenue exit on the Gowanus Expressway further delayed the opening of a permanent branch in the neighborhood. The current, 7,000 square foot building, designed by architect Gustave W. Iser, finally opened on October 22, 1969. The branch’s collection was supplemented by a grant from the Milton and Sally Avery Collection.

The interior of Windsor Terrace Library was enhanced by a colorful 30-foot long mural in the children's section. The work was completed by Philip Mastridge, an accomplished artist and sculptor who also worked as the branch’s security officer. The children’s section remains one of the branch’s most colorful and heavily-trafficked areas, as families and students from a nearby school crowd the branch for its programs for children and young people.