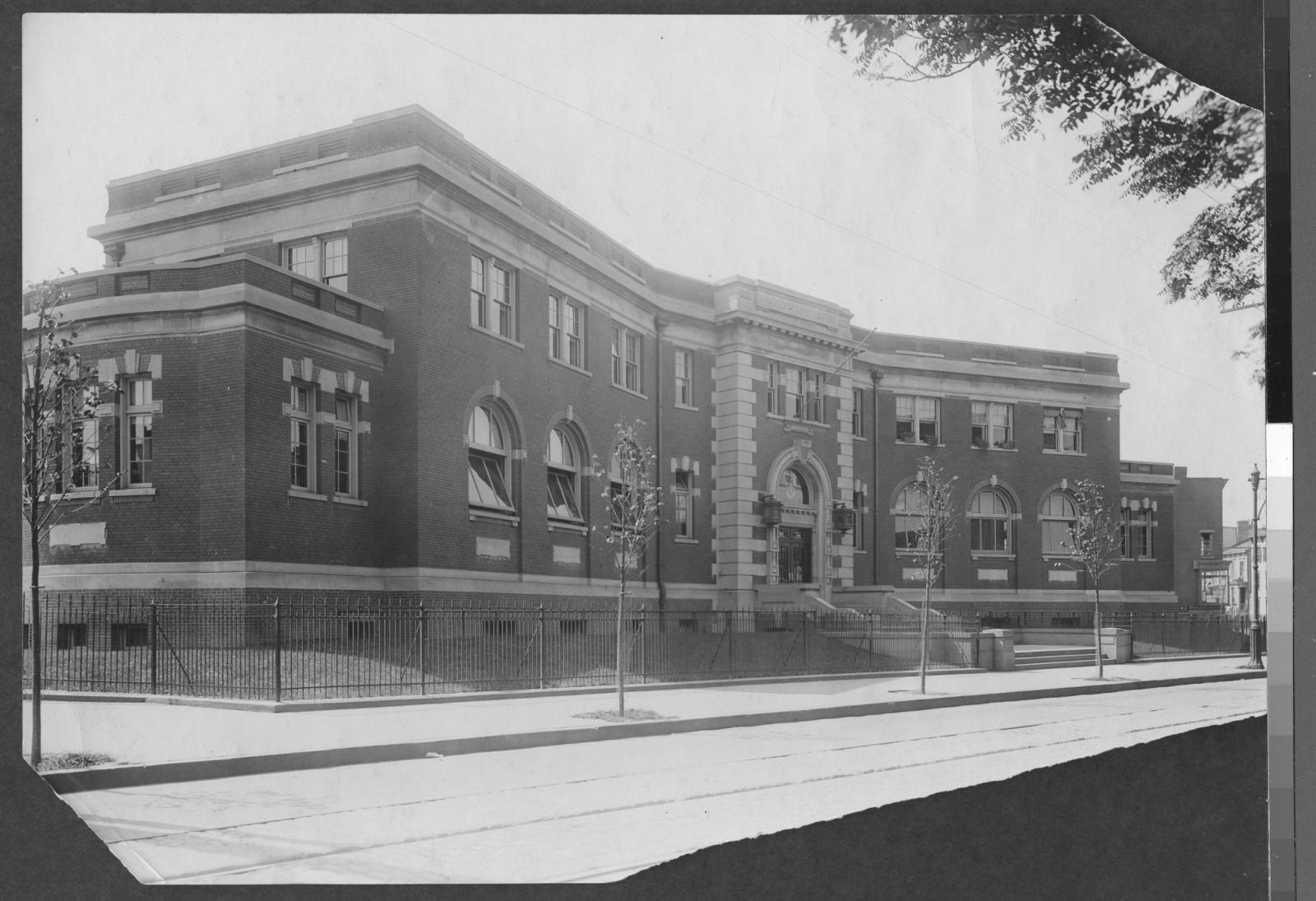 Thousands of spectators were witnesses to history as the cornerstone of Williamsburgh Library, the first of 21 Brooklyn branches built with funds from philanthropist Andrew Carnegie, was laid on a cold November day in 1903. The significance of the moment was not lost on those present; enclosed in the cornerstone was a time capsule containing Brooklyn newspapers, the Carnegie contract and other contemporary documents.

Williamsburgh Library was designed in a classical revival style, its floorplan meant to evoke an open book, with two wings radiating from the center atrium. At 26,000 square feet, the branch is among the largest in Brooklyn Public Library’s system.

Thanks to BPL’s partnership with Spaceworks, a non-profit dedicated to expanding the supply of long-term, low-cost artist workspace in New York City, the branch’s renovated second floor now hosts affordable studio and rehearsal space for artists. With the opening of Spaceworks at Williamsburgh in 2015, Brooklyn Public Library has been able to expand our free programming to library patrons while supporting the arts community in Williamsburg and beyond. Free guitar lessons, open mic poetry workshops and children’s art classes draw crowds to the branch, as does a twice-weekly gathering for devotees of the trading card game Cardfight!! Vanguard.

Partnership has long been a priority at Williamsburgh Library. In 2006, 826NYC opened a satellite location at the branch. During the school year, students receive tutoring after school and work on creative writing projects that they then publish in their own books. 826NYC recently conducted a filmmaking workshop at Williamsburgh.

Several historic and noteworthy destinations are an easy walk from Williamsburgh Library, including the Williamsburg Bridge, the Brooklyn Navy Yard, Roberto Clemente Ballfield and the original Williamsburgh Savings Bank, lovingly restored as Weylin B. Seymour’s.

Don’t be surprised to encounter cameras at Williamsburgh Library. In 2014-15, the branch hosted shoots for the Upright Citizens Brigade and two feature films, You Were Never Here and Finding Her.