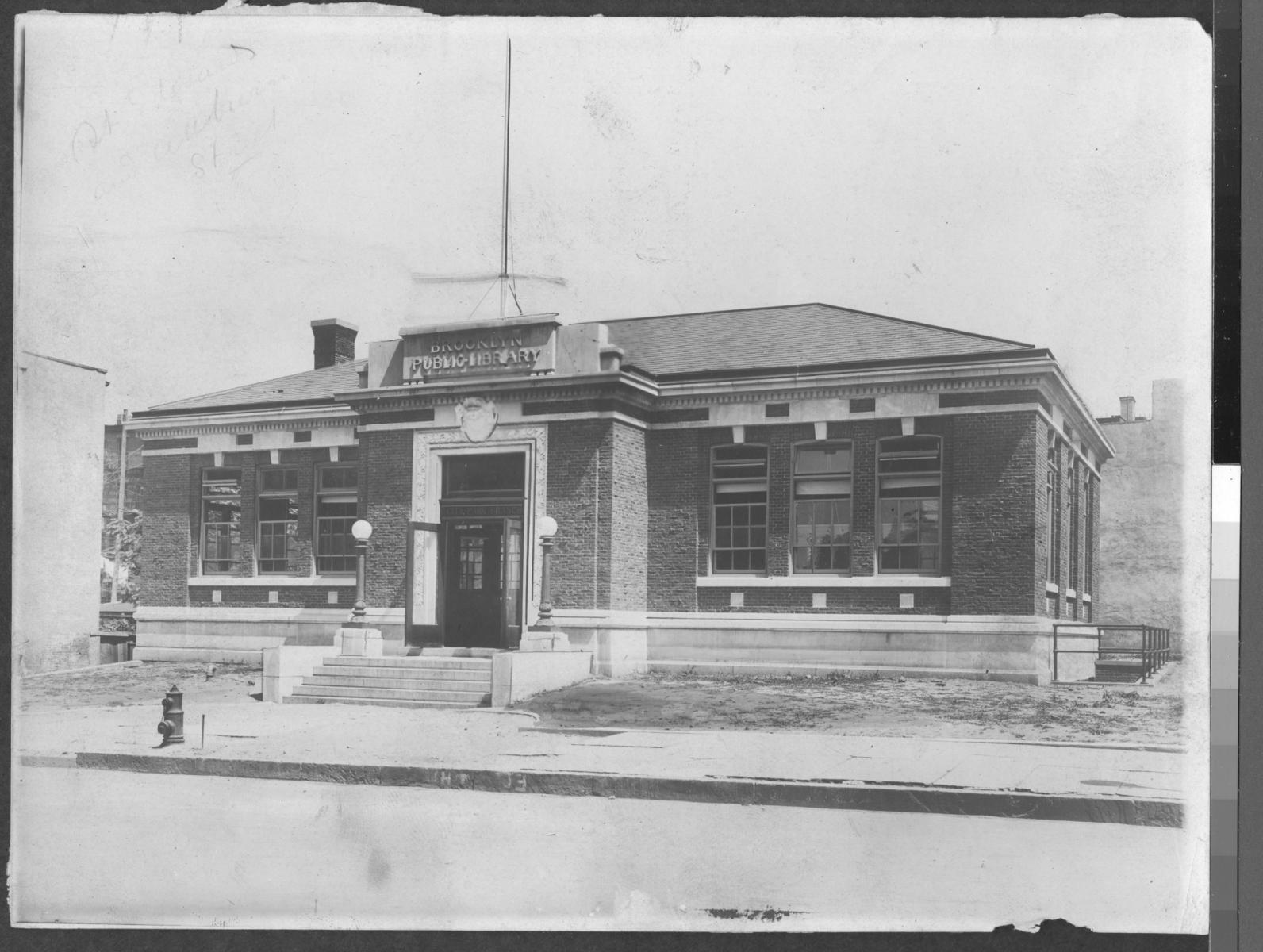 The predecessor to Walt Whitman Library opened in a storefront on Nassau and Bridge streets in 1900. Eight years later, a beautiful new library, funded by philanthropist Andrew Carnegie and built in the Classical Revival style, opened on St. Edwards Street in Fort Greene. When it opened, the branch boasted a substantial collection on naval architecture and science to serve workers at the nearby Brooklyn Navy Yard. Today, Walt Whitman Library serves the residents of numerous public housing complexes, including the Raymond Ingersoll Houses and the Walt Whitman Houses.

Walt Whitman Library was so named in 1943, to commemorate the 125th anniversary of the poet’s birth.

Noteworthy people who grew up or lived near the branch include Richard Wright, Jhumpa Lahiri, Nelson George and, of course, Walt Whitman.