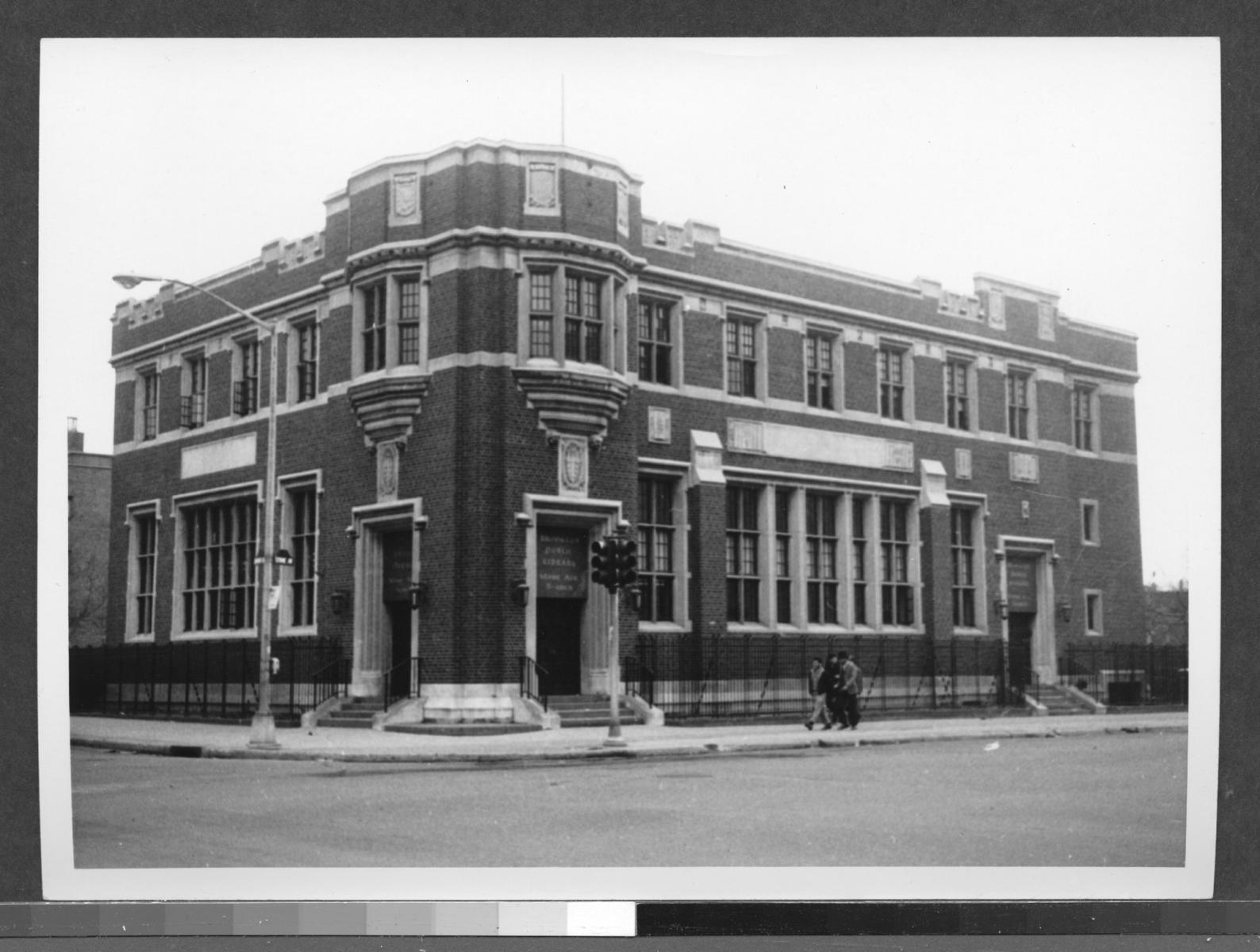 At the turn of the 20th century, Brownsville was a neighborhood bursting at the seams with immigrants new to the country, eager to read and learn. Originally constructed to relieve overcrowding at the nearby Brownsville branch, Stone Avenue Library was one of the last Carnegie libraries built in Brooklyn.

Officially opened on September 24, 1914, it was originally called the Brownsville Children’s Library and is believed to have been the first library in the world devoted exclusively to serving children. The new branch was so popular that local businesses complained that the lines of children waiting to enter were blocking their storefronts!

Designed by architect William B. Tubby in the Jacobethan style, many of the original architectural details that distinguished the branch as a place for children remain, including the Rookwood storybook fireplace tiles and the original carved wooden benches with rabbit-head finials.

Today Stone Avenue Library serves both adults and children, and is an important community anchor for local families. In honor of its 100th anniversary in 2014, the branch underwent a renovation funded by the NYC Department of Design and Construction’s See ChangeNYC Program. Stone Avenue Library received a life-sized chess set, new furniture and lighting, and refinished floors and millwork. In addition, the branch now features a special “Word Wall” featuring Fry Words, the 1,000 words most used in reading and writing. This eye-catching mural is a visual reminder of the importance of literacy and learning.

In 2015, the branch was officially designated a New York City Landmark by the Landmarks Preservation Commission.

Alfred Kazin, the celebrated literary critic and Brownsville native, fondly remembers his visits to the branch in his classic memoir Walker in the City: “In the long peaceful reading room there were storybook tiles over the fireplace deep and covered wooden benches on each side of it where I read my way year after year from every story of King Alfred the Great to Twenty Thousand Leagues Under the Sea.”