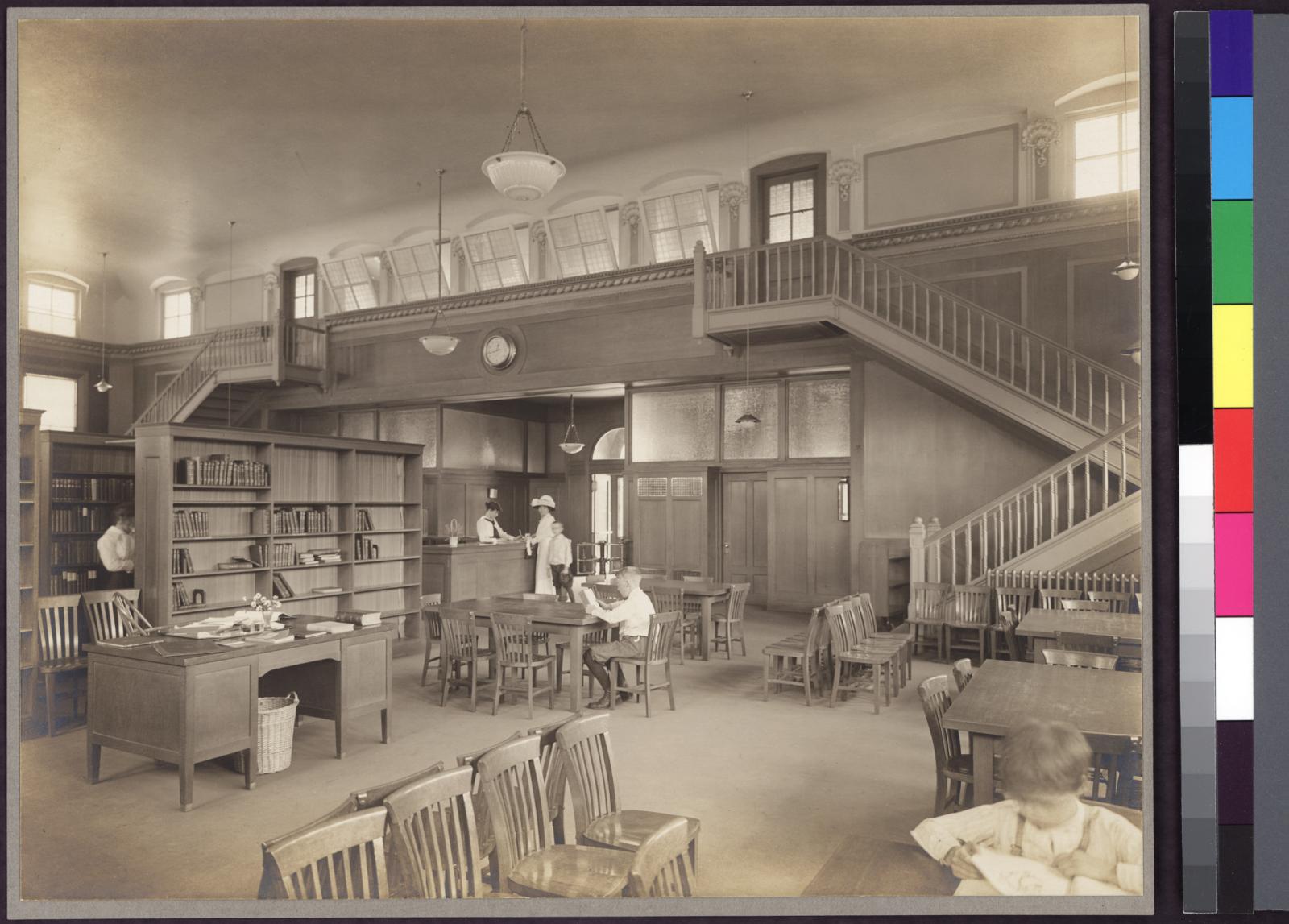 The original Red Hook Library, opened on April 22, 1915, was the only of Brooklyn’s Carnegie libraries to be built in the Mediterranean Revival style. The architect, Richard A. Walker, accented the original interior of the building with decorative wooden staircases, pendant light fixtures and clerestory windows. This architectural gem was forced to close in August 1946 after suffering extensive damage from a fire, and was demolished soon after.

The branch operated out of several different locations in the subsequent decades before finding a permanent home at 7 Wolcott Street. The March 20, 1975, opening of the new 7,500-square-foot one-story brick building was hosted by then-Mayor Abraham Beame. Red Hook was one of several BPL branches affected by Hurricane Sandy.

The library is a beloved gathering space for the community it serves. Among the neighborhood’s many attractions is the annual Red Hook Fest, sponsored by local arts organization Dance Theatre Etcetera and held every summer. The daylong celebration showcases the neighborhood’s merchants, manufacturers, artists, craftspeople and food and drink purveyors.

In addition to its stunning views of Manhattan, Red Hook is also famed as the birthplace of several notable authors, including James McBride, Richard Lewis and Dr. Wilbert Williams.