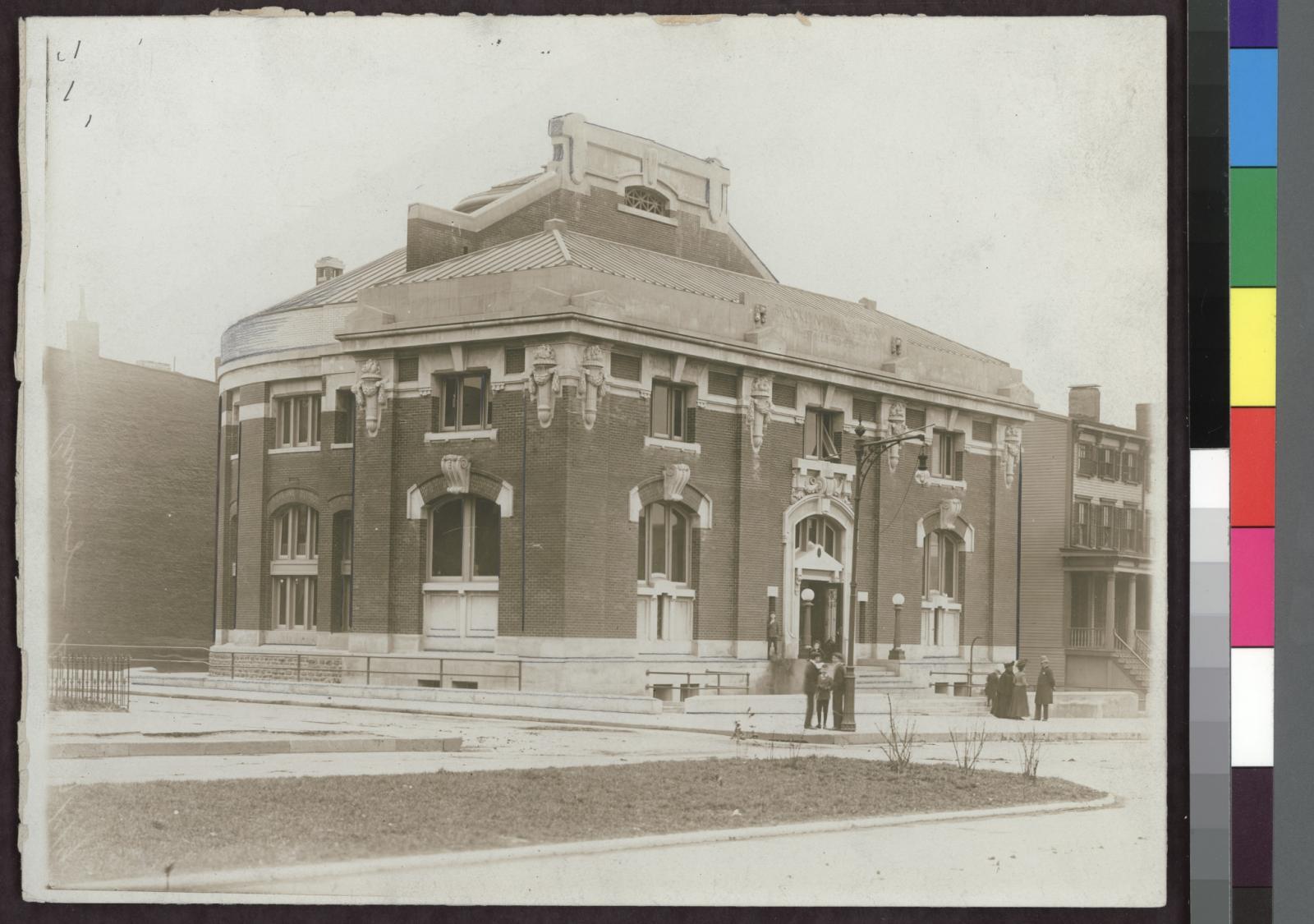 The Pacific Branch was the first Carnegie Branch to open to the public in Brooklyn, on October 8th, 1904. Pacific's architect, Raymond Almirall, also designed the architecturally notable Eastern Parkway and Park Slope branches for the Brooklyn Public Library system. The New York Tribune praised the new branch for its classical and dignified design. Describing the second-floor children's room, the Tribune's writer went on to write that Pacific is the most completely equipped room for children in the country, with tables and chairs built especially for children. Other features included a rotunda with interior semi-circular iron balcony, fine wood work on the banisters, doors, doorways and arches, a tiled fireplace and wood panelling.

Problems soon beset the fine new library. In 1914 construction of the BMT subway system caused structural damage, and in 1917 all of the children's books and one third of the adult books were ruined by the water used to control a fire. In the 1930s W.P.A. workers created a large second-floor mural which has unfortunately not survived. After another fire in 1973, the building was slated for demolition, but community activists and the Brooklyn Public Library worked together to save it from the wrecker's ball.

The Pacific Branch has the distinction of being the first Carnegie building in Brooklyn. It opened on October 8th, 1904.

"The abandoned Long Island Rail Road tunnel, located under Atlantic Avenue. is the oldest in railway tunnel in Brooklyn. It was built by the Brooklyn and Jamaica Railroad in the 1840s and runs from Boerum Place to the waterfront but closed in the early 1860s. Speculation had variously held that the tunnel was used by bootleggers, smugglers, and spies, but these rumors were dispelled in the 1980s, when it was reopened by Robert Diamond, who had made finding the tunnel his passion."