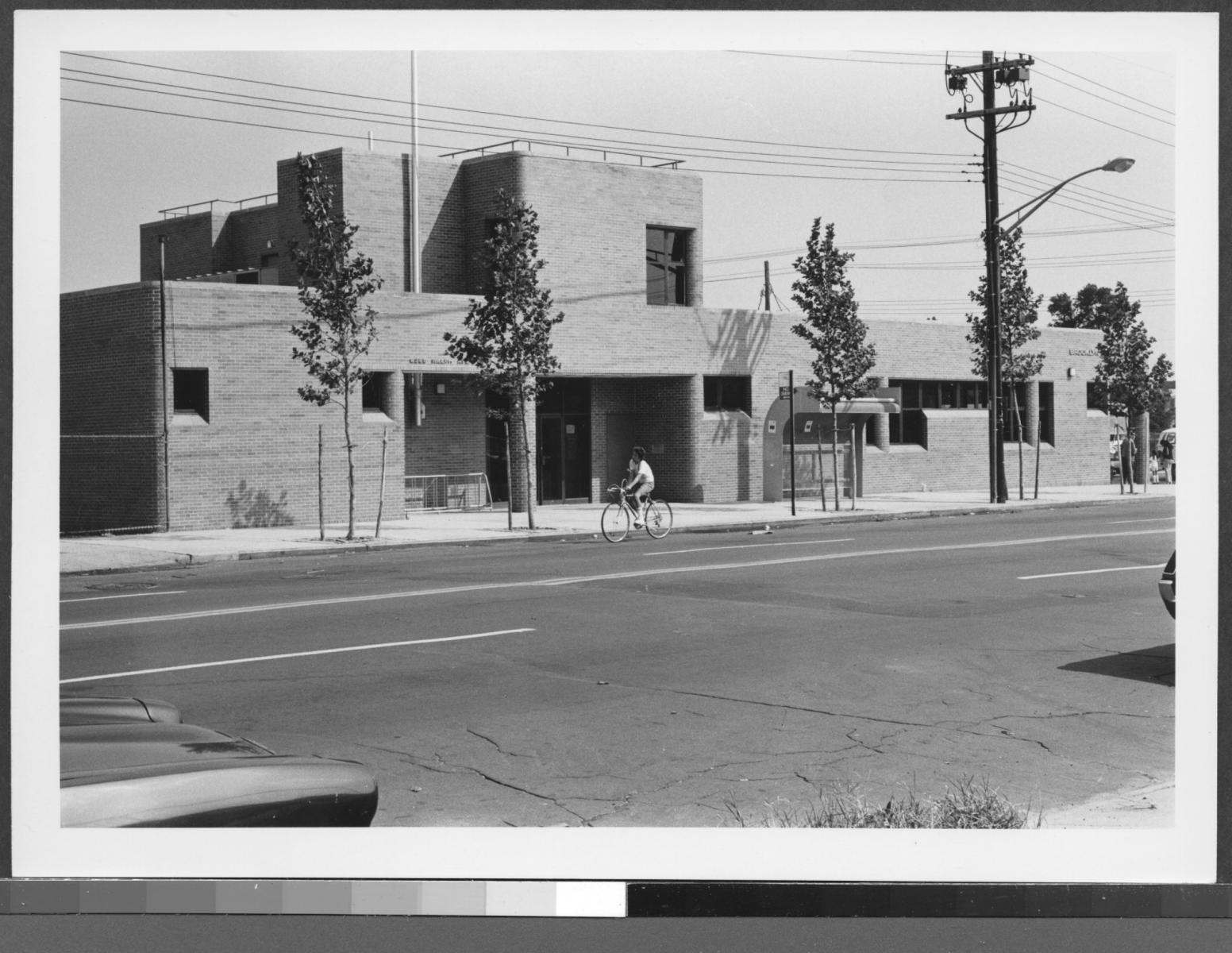 The Mill Basin Branch originally opened in 1940 in the Austin Pharmacy, a storefront deposit station located on Avenue T. The branch moved several more times over the next three decades, but the need for more space was a persistent problem. Through the diligence and hard work of the Mill Basin Community, the library managed to move from cramped quarters to its own new building. In October of 1974, the branch finally settled into a new modern brick building on Ralph Avenue.

The new library was designed by Manhattan architects Arthur A. Unger and Associates and featured a 7,500 square foot interior. The public space was located on the library's lower level, while staff and mechanical spaces filled the small second floor. The library's patrons are of Carribbean, Irish, Italian, Jewish, and Russian descent. The neighborhood, located in the Canarsie- Flatlands section of Brooklyn, remained a quiet farming community until the end of World War I. Development of the area was accelerated by a strong post-war demand for housing; today, the area is predominantly residential and is composed of one and two family housing. The branch has a large number of programs serving youth in the area. It is in the immediate vicinity of two elementary schools, one intermediate school and six private or religious schools ranging from pre-kindergarten to eighth grade. Its full range of programs for adults and seniors and serve a committed and vital constituency.

The Flatlands area of Mill Basin was first settled by the Dutch in the 1630s or possibly as early as 1624. Dorothy Russo, who was the President of the Mill Basin Civic Association in the 1970s, spent a great deal of time and effort in coordinating the activities that successfully culminated in the construction and opening (October 18, 1974) of the current building for this branch. There is a plaque in the branch commemorating her outstanding work.