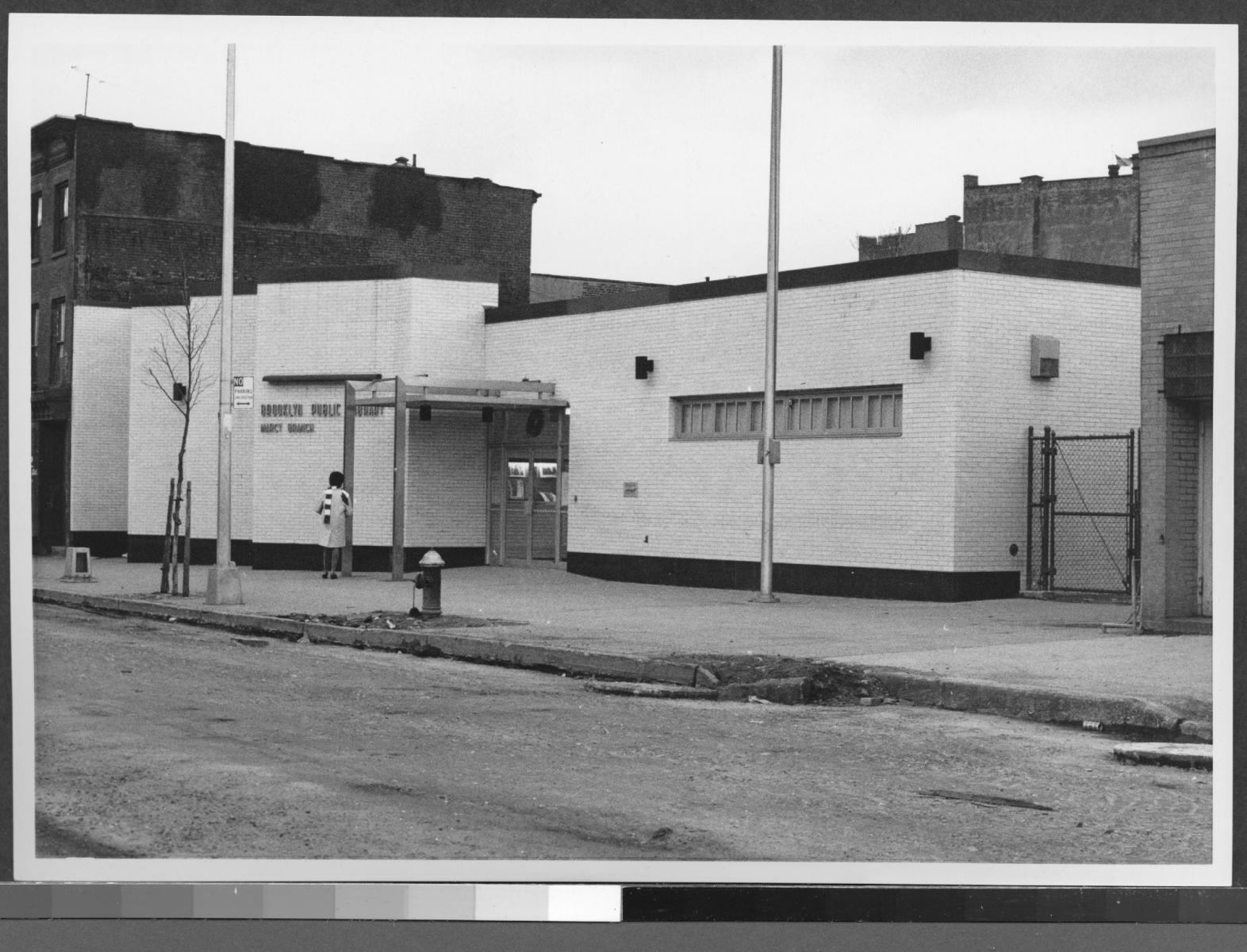 Marcy Library began life under a different name and in a different location. The Tompkins Park Free Library, located in the center of its verdant namesake, opened on June 6, 1899, in a pretty Grecian-style shelter with windows on all sides and an alcove for sorting books. The branch was assimilated into the new borough-wide system in 1901. A library historian of the era noted that “because of the building’s small size, it was considered desirable to have a small librarian and, for many years, petite Miss Edith Patridge filled that role.” By 1969, the community had outgrown the diminutive branch, and a new Marcy Library opened at its current location in March of that year.

Children’s programs draw crowds to Marcy—particularly those for toddlers and tweens. Perhaps the most utilized resources at the branch are its 17 public computers and 10 laptops. The latter are provided through the New York City Connected Communities program, a partnership of BPL and the City’s Department of Information Technology and Telecommunications.

Located in historic Bedford-Stuyvesant—birthplace of many acclaimed performers, from Lena Horne to Jay-Z—Marcy Library serves a diverse community of long-time residents and recent arrivals to the neighborhood.