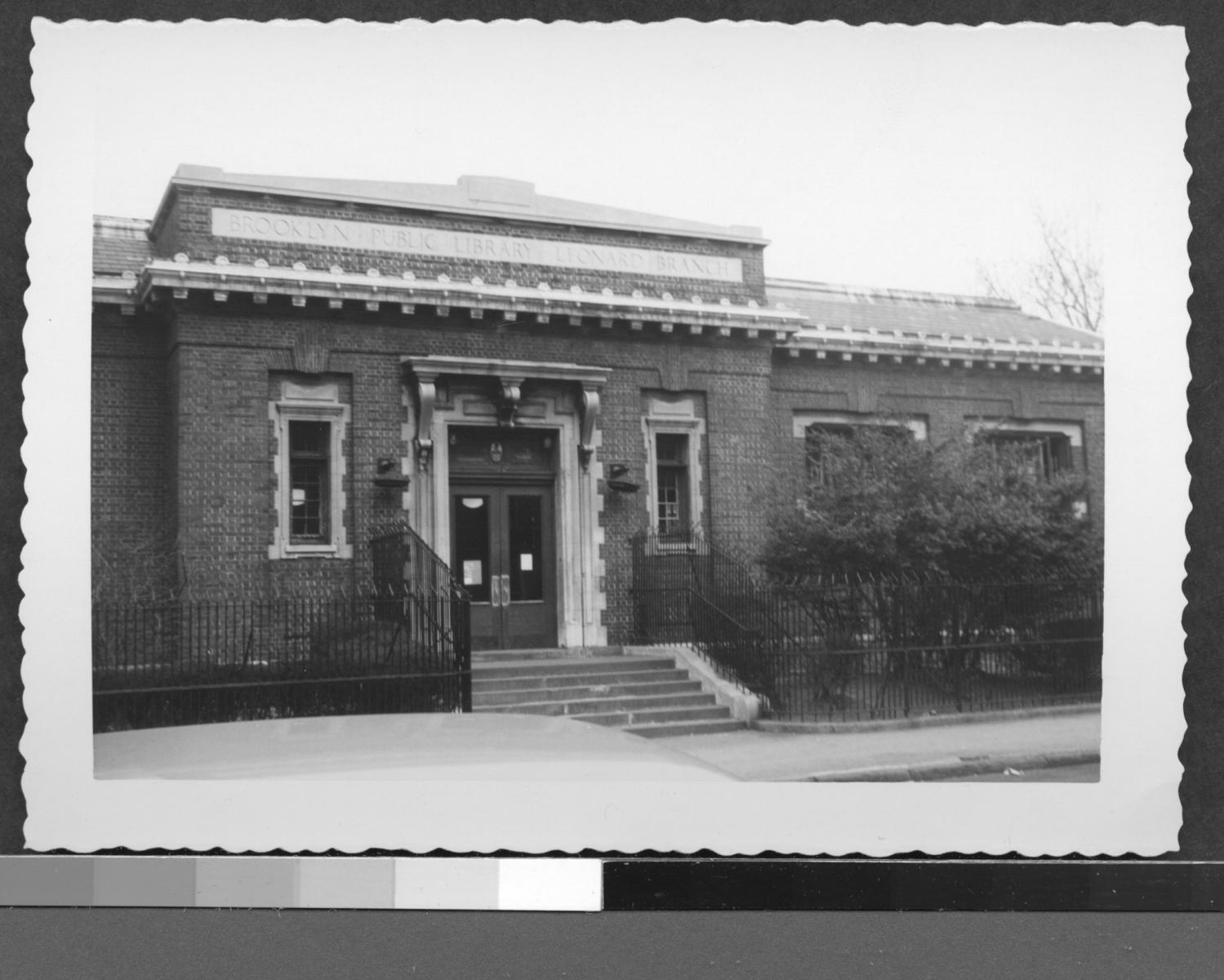 Leonard Library, located in Williamsburg, is one of Brooklyn Public Library’s original Carnegie branches. The branch officially opened its doors on December 1, 1908, at its current site at Devoe and Leonard streets.

The single-story building designed by William B. Tubby offers nearly 10,000 square-feet of public space. While the branch’s exterior remains largely unchanged, the interior has undergone several renovations over the years, including a recent roof repair with new shelving and section signage. The refreshed interior presents a bright and welcoming atmosphere to patrons and visitors.

Located one block from busy Metropolitan Avenue and situated on a residential block, Leonard Library fills an important niche in this lively community, offering popular children’s programming such as Story Play on Tuesdays and Jump, Dance and Wiggle on Fridays.

Leonard Library is the iconic library visited by Francie in Betty Smith’s beloved book A Tree Grows in Brooklyn. In 2008, BPL staff joined Smith’s family and the NYC Parks Department to plant a tree in the author’s memory outside of the branch.