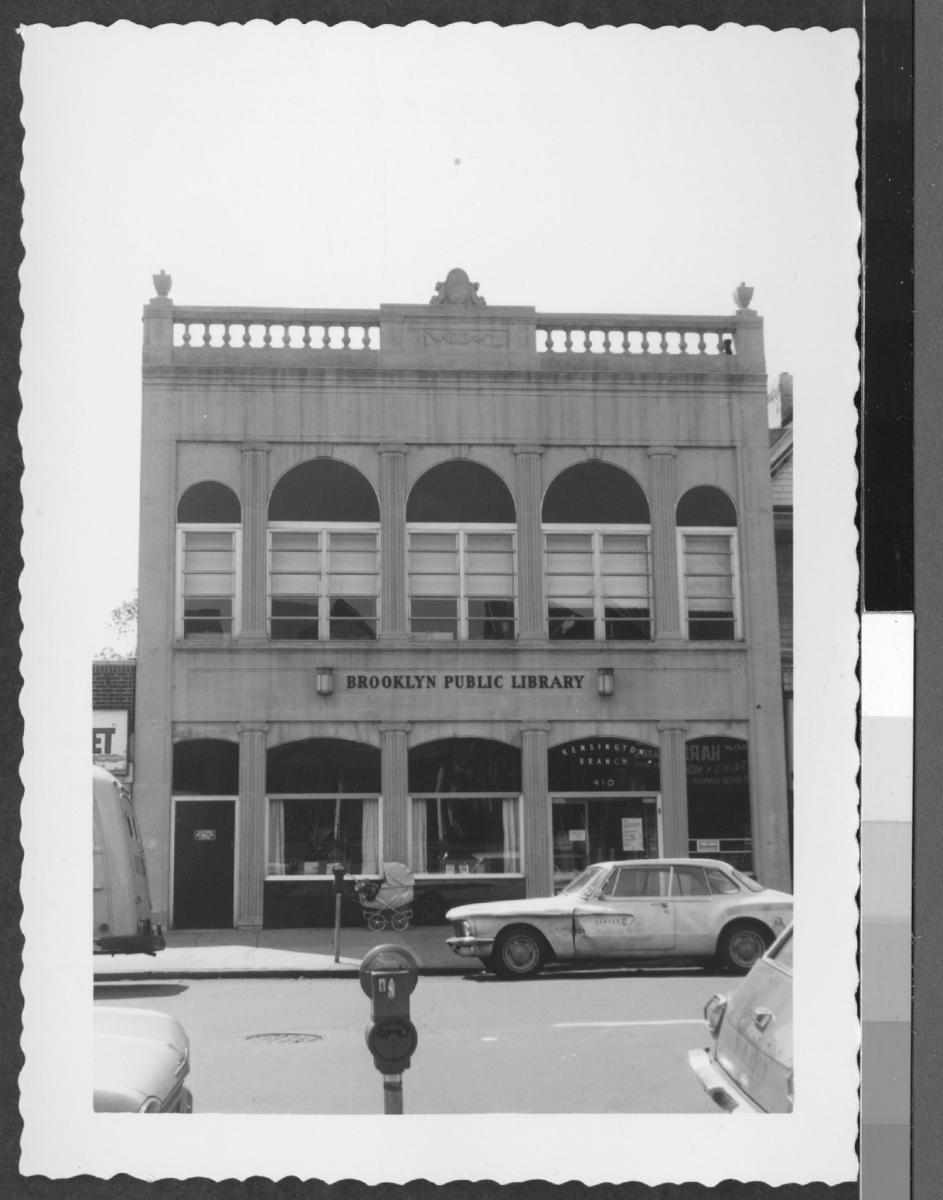 In January 1908, with the help of the Mother's Kindergarten Club of PS 134 and the Kensington Improvement League, the Library Extension department opened a deposit station with a collection of 400 books in the rear of a store on McDonald Avenue, then to a larger space on Ditmas Avenue. Kensington Library was granted full branch status in 1910 and in 1912, the branch moved again to 771 McDonald Ave, where it remained for the next 48 years.

By 1960, the need for more space became imperative, and Kensington moved to its 410 Ditmas Avenue location. The building had been known as the Manor and was used for weddings and other social occasions. The complete 1960 renovation gained national media interest: Kensington was the first branch to have air-conditioning and the first to experiment in the children's room with furniture other than that designed specifically for libraries.

The need for more space and modern facilities led to a new Brooklyn Public Library-owned Kensington branch to be commissioned for construction. The new Kensington Library opened November 2012, becoming BPL's second high-performance building to be constructed. The Art Commission of the City of New York heralded this project for its successful integration of green design with other human, urban and architectural aspects. The building was made to be a delightful library for users while being environmentally effective. Located in a residential area, Kensington Library is organized around the concept of daylight, with a central top-lit atrium, north-facing high-performance curtain wall, south-facing garden wall, and sidewall set-back for east exposure. The skylight and main North side glazing bathe the entire library with natural light throughout the daylight hours.