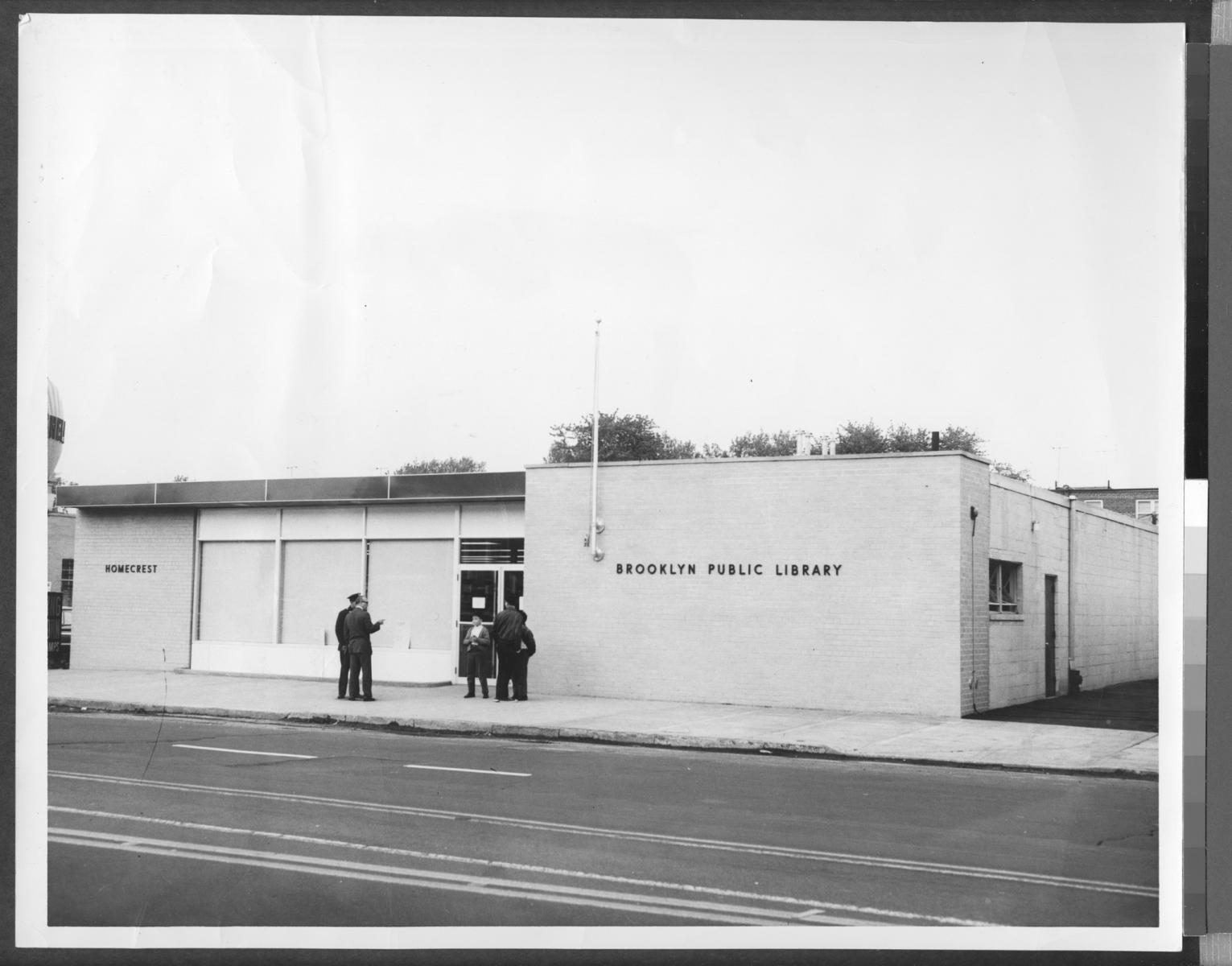 Located on Coney Island Avenue, the Homecrest branch serves four local schools and several daycare centers and nursery schools. Many of the library’s programs are geared toward the neighborhood’s youngsters, with Toddler Time, Reading Is Fundamental, Chess Club and Teen Tech Time among the most popular. Homecrest Library serves a large population of immigrants from Russia, China, Pakistan, India and Mexico. The branch hosts large collections of Russian and Chinese books, and sizable collections of Urdu, Hebrew and Spanish materials.

Homecrest has traditionally been home to a large Italian population and has also experienced an influx of residents from Latin America, China, Israel, Syria, Russia and South Asia. The neighborhood’s central green space is William E. Kelly Park, and students from the adjacent public schools, as well as local Yeshiva schools, often utilize the playground when school is in session. Located at Avenue S between East 14th and East 15th Streets, the park offers 3.5 acres of green space with many amenities. Kings Highway is a major shopping corridor, along with Coney Island Avenue and Avenue U.