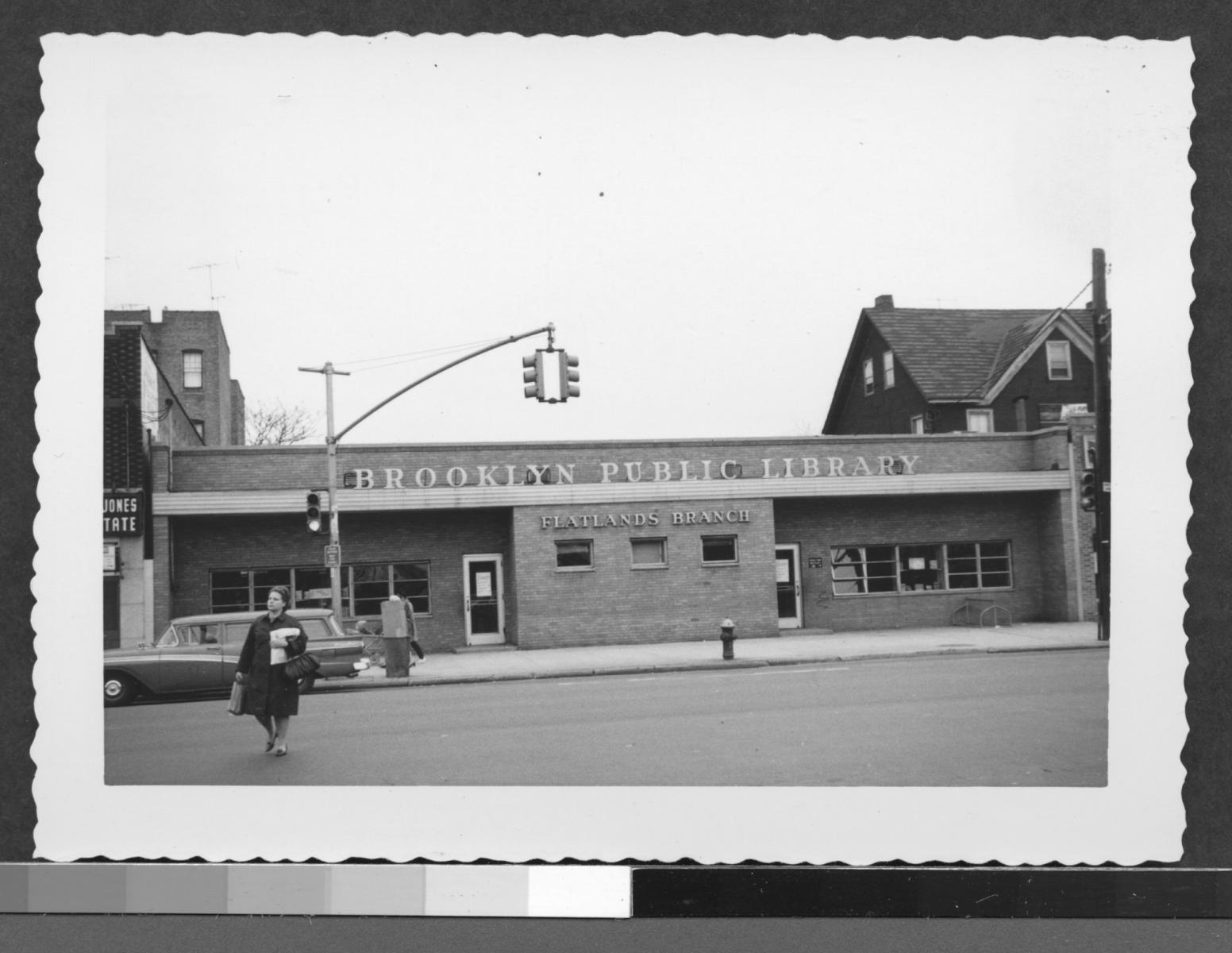 The former Prudential Savings Bank building on Flatbush Avenue was Flatlands Library’s first home in 1949. The library remained there until 1955, when the current structure became the first library built in Brooklyn under the Beame Plan. The 6,000-square-foot building was renovated in 1985 and 1987.

The branch serves schoolchildren from Mary Queen of Heaven at East 56th Street, PS 275 on Avenue N and St. Thomas Aquinas on Hendrickson Street near Flatlands and Flatbush Avenues. On the corner of Flatbush and Flatlands, the neighborhood’s oldest business, Marine Florist, has operated for a century.

Originally inhabited by the Lenape Native Americans and settled in 1623 by Francophone Walloons, Flatlands was given the right to local rule in 1661 by Peter Stuyvesant as one of the five Dutch Towns on Long Island.