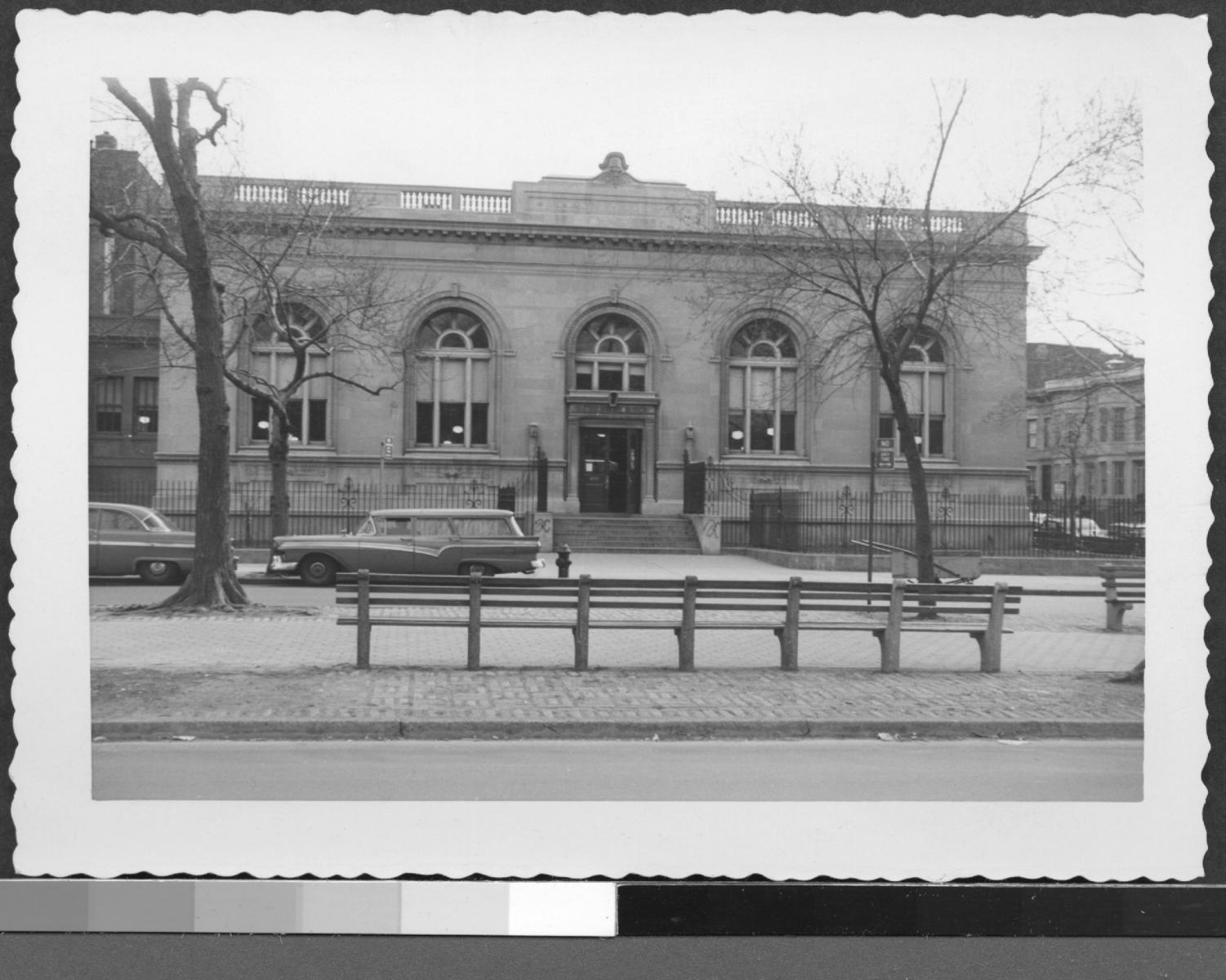 The Eastern Parkway Branch Library, designed by Raymond Almirall and built with funds donated by Andrew Carnegie, opened on July 7, 1914 in a neighborhood of two and four story apartment buildings. This medium-sized library (12,250 square feet) was designed with a classical limestone facade with large arched windows and entrance portal.

Located in an elegant, densely populated residential area of Brooklyn, the branch became one of the most heavily used in the system. For many years it vied for the lead in total circulation with the Flatbush branch. Beginning in the 1950's, African-American and West Indian homeowners homeowners joined a population that had been primarily Jewish.

The branch's Kid's Connection continues to successfully provide programs for children aged 9- 13. Children aged 5-12 form the largest age-group served by the branch, though there has been a recent increase in adult use of the branch. The Eastern Parkway Branch also continues to provide public information seminars, lectures and performances for the surrounding community.

The world headquarters of the Lubavitch Movement is located in Crown Heights at 770 Eastern Parkway. The annual West Indian Carnival and parade brings millions of people to enjoy the festivities on Labor Day.