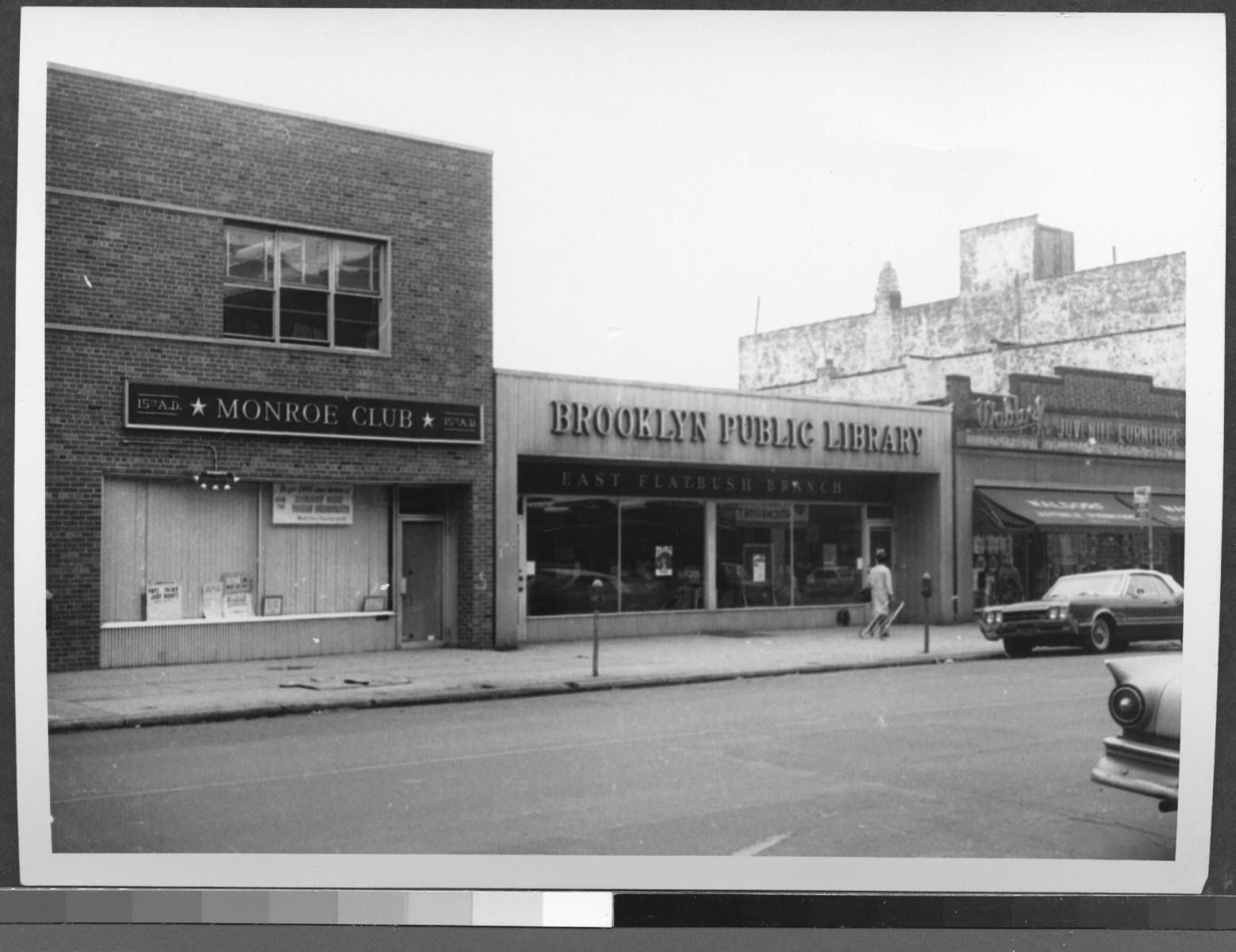 Ten years of community advocacy, beginning in 1935, led to the opening of East Flatbush Library. Making a case for a branch located between Brownsville and Rugby, the community welcomed its new branch in 1945 at a storefront on Linden Boulevard.

The storefront building soon proved inadequate for a rapidly growing community. On October 30, 1952, a 3,200-square-foot library opened in a new building at the present location. The new East Flatbush branch soon boasted some of the highest circulation numbers in the system.

In 1961, the building was enlarged to 6,400 square feet, but this was still not large enough for the growing community. In November 1988, the branch was closed and the building demolished except for one wall and a portion of the roof. Under the direction of New York City’s Department of General Services, a new building was constructed and outfitted with new fixtures and furniture.

Community support for the East Flatbush branch has been a mainstay since its founding. In 1991, local merchants in the struggling middle-class community raised over $3,100 to buy books for the library.

Today, the branch is home to a large and loyal patronship, with children and young adults forming approximately 70% of the library’s users.

East Flatbush Library is scheduled for a full renovation. Once completed, the new space will feature a bright, central patron area full of natural light, in addition to an innovative façade.