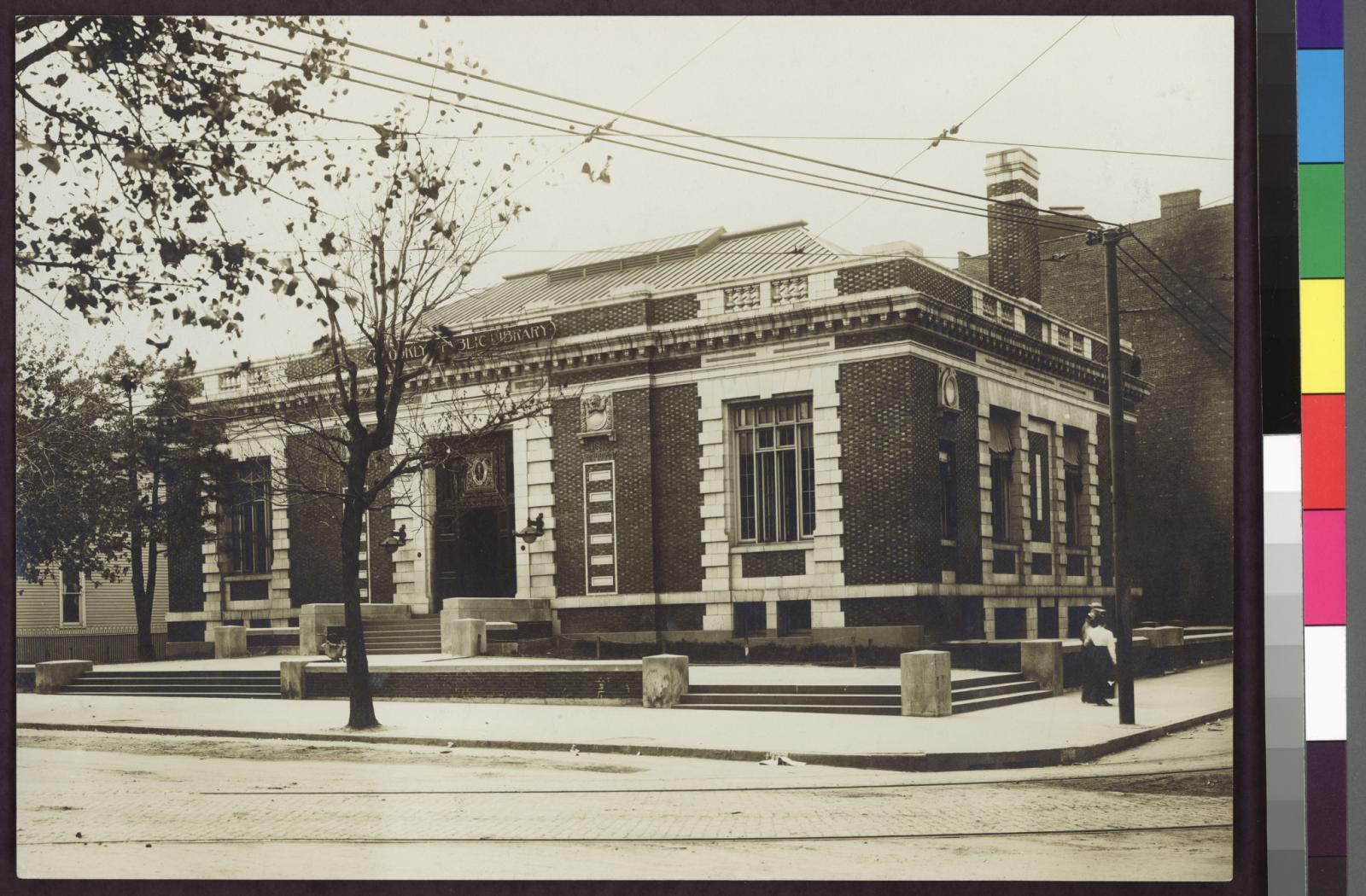 Located on bustling Bushwick Avenue in the neighborhood of the same name, DeKalb Library originally opened its doors on February 11, 1905. One of Brooklyn’s most beautiful Carnegie branches, the building was designed by the Brooklyn architect William Tubby in the Classical Revival style. Many of the original features in this three-bay brick and limestone building remain today, including its spacious, high-ceilinged reading rooms.

DeKalb Library has become a local tech hangout for patrons of all ages. Its most popular programs include Teen Tech Time and the Library Hotspot program, which allows patrons without high-speed internet access at home to borrow a mobile WiFi device for up to a year. Located near several homeless shelters, the branch provides social services like résumé help and job search assistance.

Peter Stuyvesant chartered the area known today as Bushwick in 1661. The neighborhood was originally called Boswijk, Dutch for “little town in the woods.”