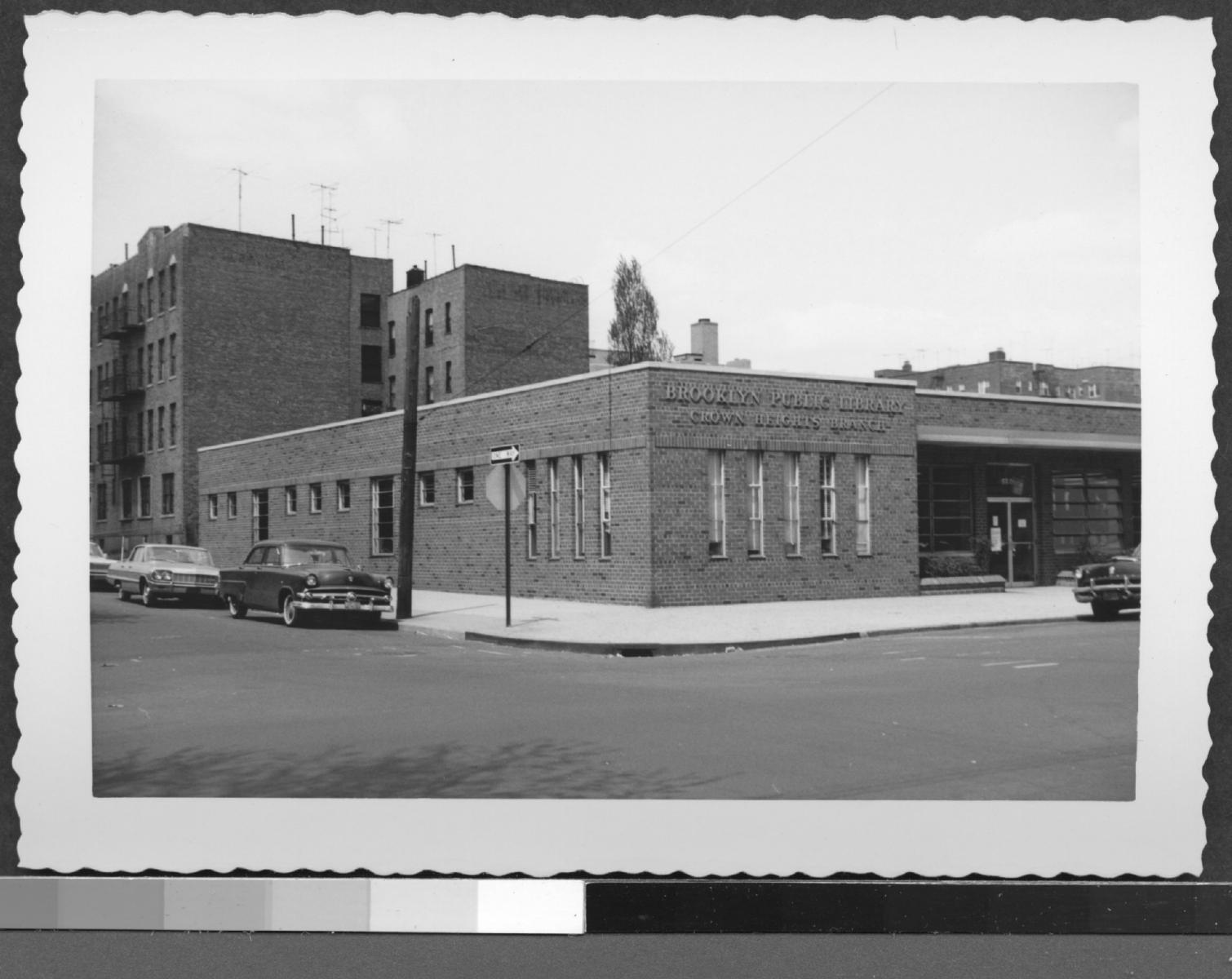 Built in 1958 under the Beame Plan, which demanded functional architecture for public buildings, Crown Heights Library has been a treasured neighborhood institution for nearly 60 years. Brooklynites of all ages visit Crown Heights Library to attend its programs and browse its collections. Computer courses have long been among the branch’s most popular offerings, while arts and crafts classes also draw crowds. With many families residing in the neighborhood, Reading Is Fundamental and Kids’ Tech Time programs have developed large audiences.

Crown Heights Library participates in two key BPL partnerships with the city’s Department of Education. The branch hosts the DOE’s Teen Thursdays initiative, in which middle school students explore their borough’s history at Brooklyn’s pre-eminent cultural institutions. Crown Heights is also one of 25 Brooklyn libraries to host free DOE-provided weekday lunches for children in the summer.

The library is surrounded by a bustling neighborhood. Historic St Francis of Assisi/St. Blaise Church is around the corner, and nearby outdoor recreation sites include Wingate Park and Hamilton Metz Field. The neighborhood is home to many well regarded eateries, including Gloria’s Caribbean Cuisine, Lenny’s Pizza, Culpeppers Bajan Restaurant and Allan’s Bakery.

Crown Heights Library is a community gathering place, a constant presence in a community that has undergone many changes over the years.

In 1992, Crown Heights opened one of BPL’s first computer centers.