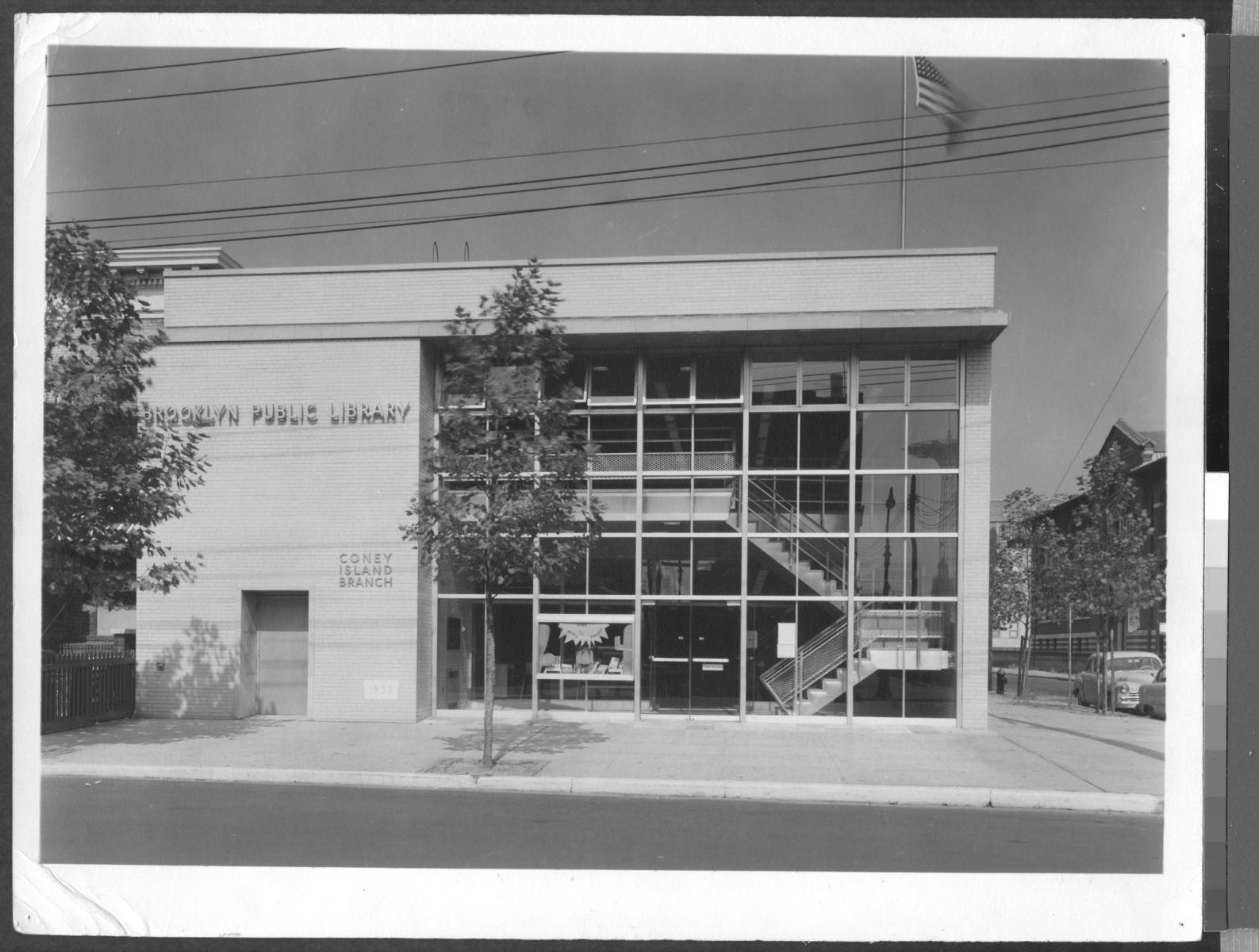 Coney Island Library has emerged stronger than ever from the devastation of Hurricane Sandy. The renovated branch reopened in 2013 with new technology, more public space and innovative design features that showcase the neighborhood’s history. The library’s renaissance has continued with the renovation of the second floor and the opening of a state-of-the-art BRIC television studio available for use by library patrons.

Coney Island Library is a destination for young people throughout the neighborhood, including the students of nearby Liberty High School. Popular branch programs include Toddler Time, Storycraft, Kids Create, virtual programs and media classes hosted by BRIC. The branch serves its diverse community with multi-lingual programs and collections.

The library’s surrounding neighborhood abounds with attractions and entertainment. There are, of course, the famed amusements of Coney Island, including the boardwalk, Luna Park and the restored B&B Carousel. The New York Aquarium is within walking distance, and MCU Park, home of baseball’s Brooklyn Cyclones, is located a block from the branch. Annual Coney Island events include the summertime Sand Sculpting Contest, the New Year’s Day Polar Bear Plunge into the Atlantic Ocean and the Mermaid Parade, a colorful June tradition on Surf Avenue.

The future is bright at Coney Island Library, a beloved community institution in the heart of a historic, resilient neighborhood.

Looking for a great read on Coney Island? There are many, but Claire Prentice’s The Lost Tribe of Coney Island: Headhunters, Luna Park, and the Man Who Pulled Off the Spectacle of the Century was a finalist for the Library’s inaugural Brooklyn Eagles Literary Prize in 2015.