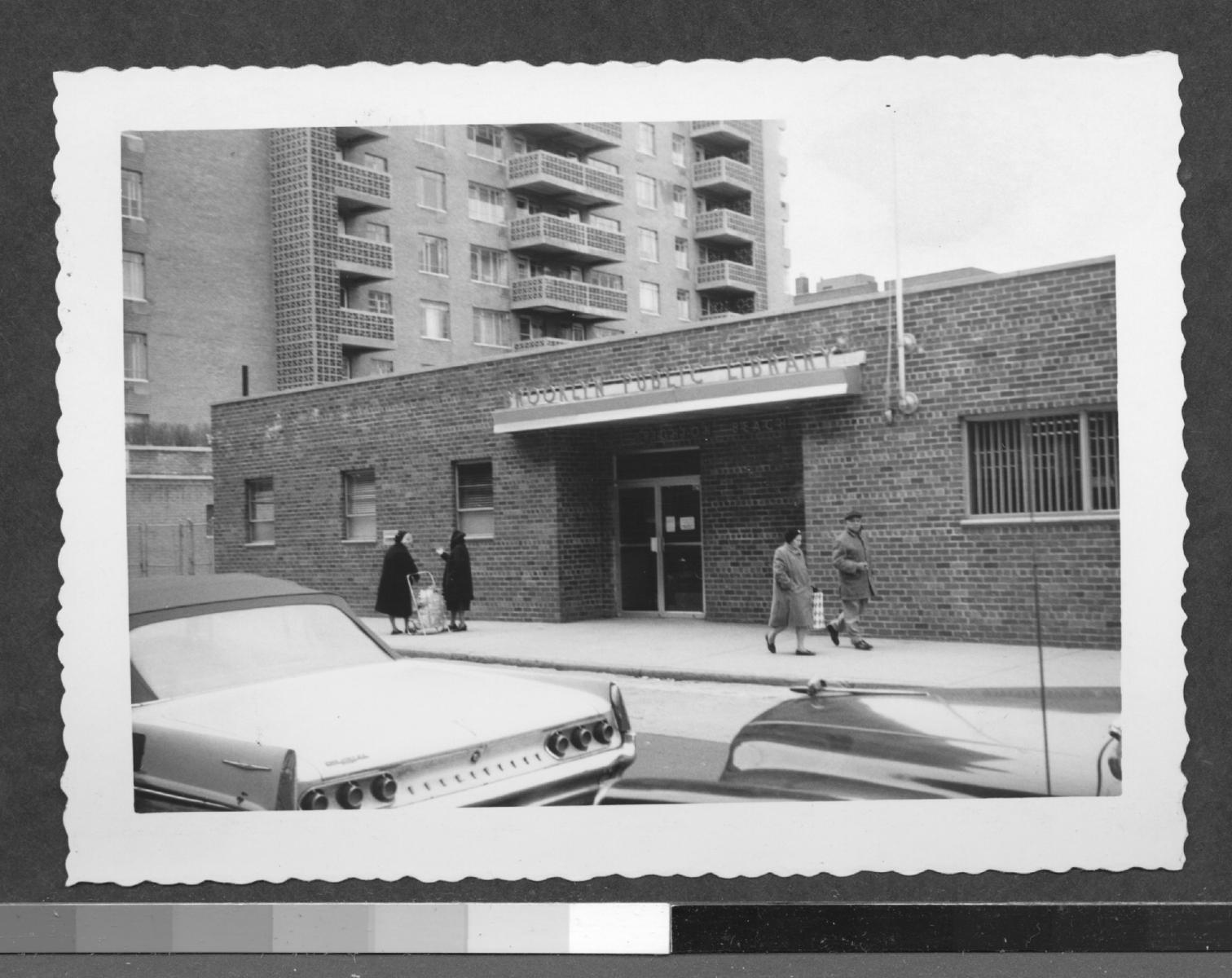 A block from the boardwalk, Brighton Beach Library serves a bustling neighborhood unlike any other in Brooklyn.

Brighton Beach Library opened in December 1949, the 43rd branch in the BPL system. The neighborhood soon outgrew the original branch, and in 1964, a new library built under the Beame Plan, which demanded austere and functional architecture for public buildings, opened in its current location on Brighton 1st Road.

The library was expanded in the early 1990s with several new features added, including a skylight and new lighting and furniture. The project also added an outdoor reading court which has been heavily used by the community since its opening.

Neighborhood attractions include the boardwalk and beach, as well as nearby Asser Levy Seaside Park.

Countless works of film and literature have been set or filmed in Brighton Beach. A recent addition: Yelena Akhtiorskaya’s Panic in a Suitcase, longlisted for BPL’s inaugural Brooklyn Eagles Literary Prize.