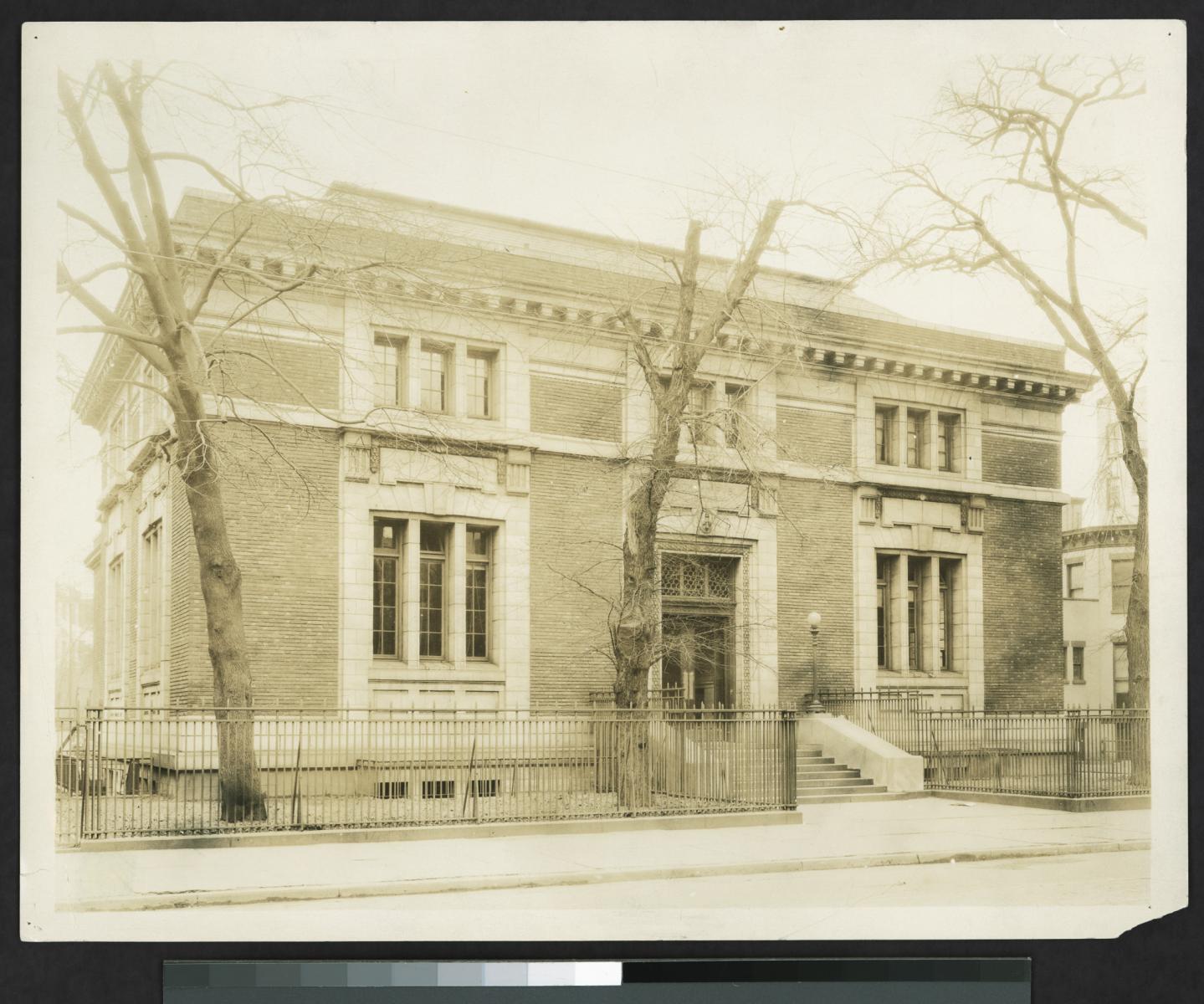 Bedford Library, BPL’s founding branch, opened on December 20, 1897, in the old P. S. 3 on Bedford Avenue. It moved several times in the succeeding years before finally settling into a new location funded by Andrew Carnegie in 1905. The library has served patrons from its beautiful building on Franklin Avenue ever since.

The neighborhood has been home to some big names over the years. Lena Horne lived for a time on Chauncey Street, while Aaron Copland, Shirley Chisholm, Isaac Asimov, Rita Hayworth and Norman Mailer are graduates of nearby Boys and Girls High School. Baseball legend Jackie Robinson and chess master Bobby Fischer are native sons. The neighborhood is home to the Stuyvesant Heights historic district as well as hundreds of classic brownstones.

Now in its third century of service, Bedford Library is more essential than ever to the life of the neighborhood, and its staff take great pride in providing outstanding programs and resources to patrons from every walk of life.

Patrons bond with Bedford Library from an early age. The top three types of circulating materials at the branch: