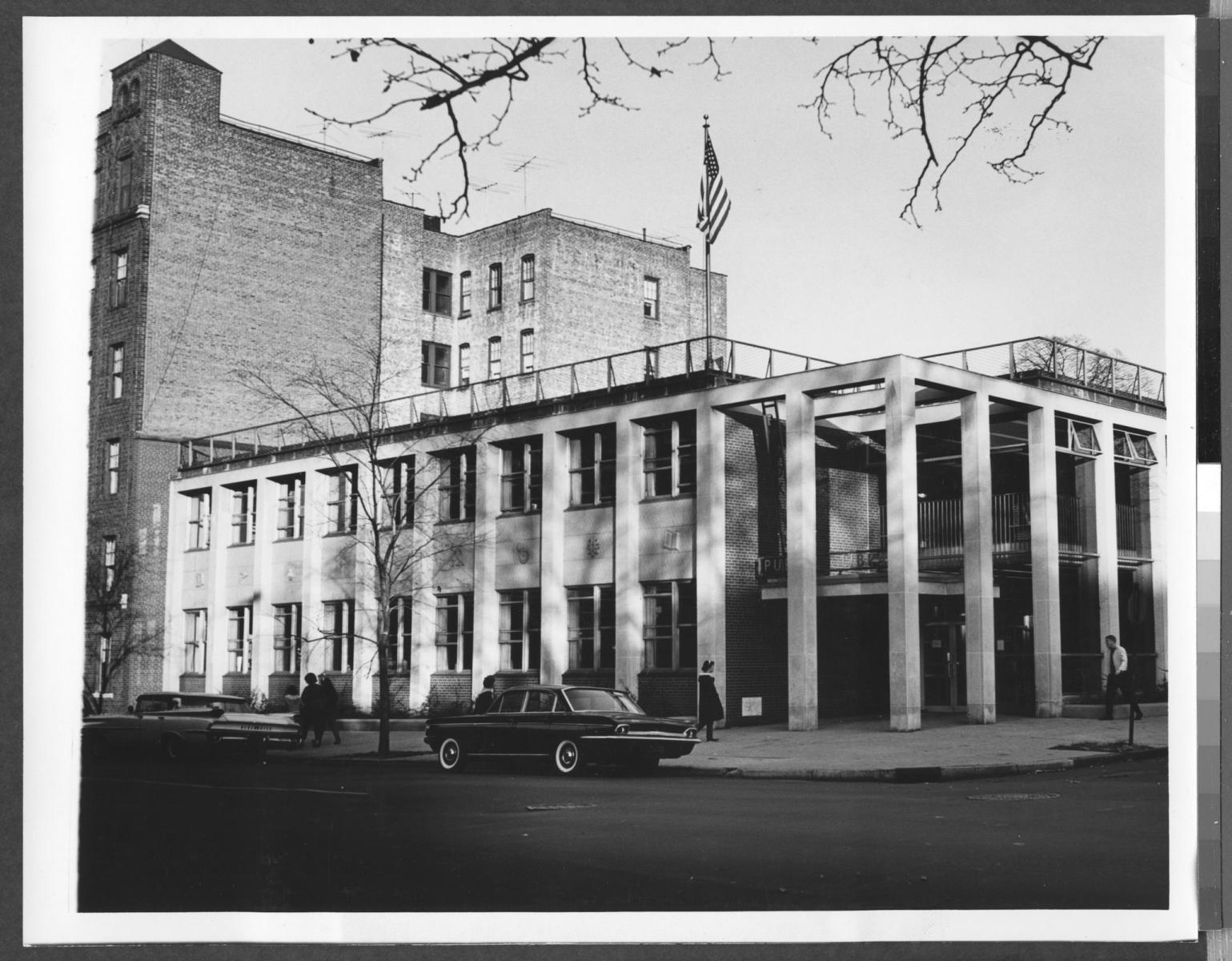 The Bay Ridge Free Library was organized in 1880 by the Bay Ridge Reading Club, which established a reading room on Ridge Boulevard near Ovington Avenue. In 1896, a new library opened on the site of the present-day branch; in 1901, this building and its collection of 6,000 books were incorporated into the Brooklyn Public Library system. The library served a community of 12,000 people representing forty-four different nationalities, including Dutch, German, Scandinavian and Italian residents.

In 1958, the old building was demolished to make way for a spacious new branch. In the meantime, the library moved to temporary quarters at 259 Ovington Avenue. It moved into the new two-story building, with its loggia-like double-height entry lobby and decorative transom panels, on May 24, 1960.

Today's Bay Ridge Library continues to serve a diverse population. In addition to large Irish, Italian and Latino communities, there are still residents of Scandinavian and German heritage. Languages spoken in the neighborhood include Spanish, Russian, Arabic, Chinese, Greek and Korean.

Bay Ridge is said to be home to the highest concentration of restaurants in Brooklyn. The neighborhood's Kleinfield & Son is one of New York's most famous bridal stores. The Gingerbread House, built in 1917, is a whimsical cottage with a mock thatched roof on the estate known as Owl's Head. Famous residents have included Henry Cruse Murphy, a Brooklynite who came close to being president of the United States, and Jean Balukas, arguably America's greatest female pool player. Third Avenue is one of the longest commercial streets in New York City.