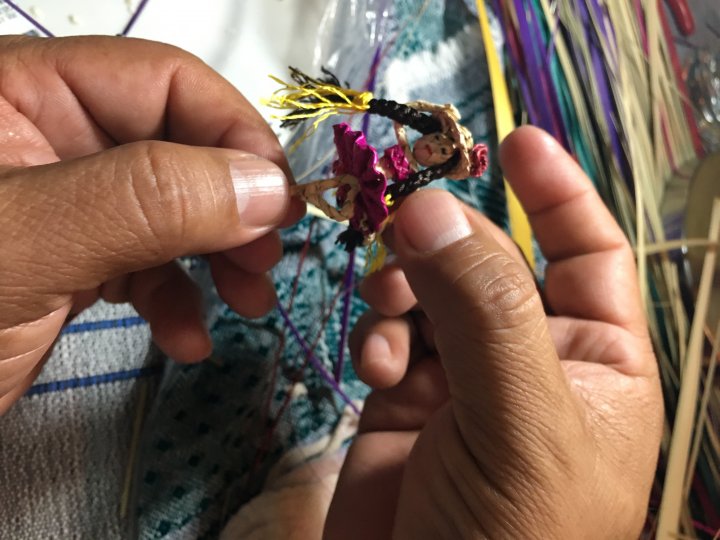 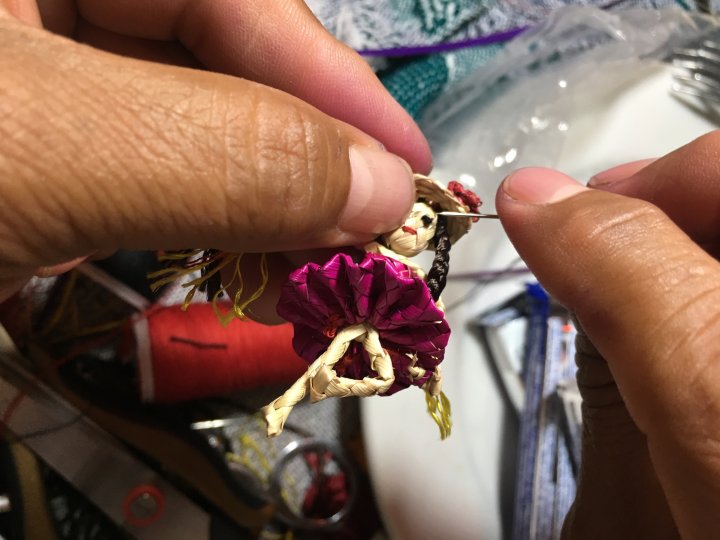 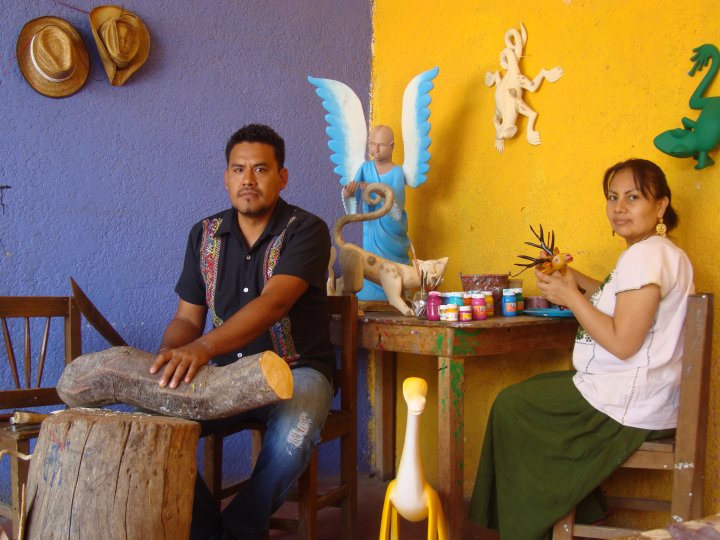 Cynthia Weill treated students at P.S. 139 Alexine A. Fenty Elementary School to an inside look behind the creation of her popular "First Concepts in Mexican Folk Art" book series during a recent virtual author visit. In her presentation, Weill showed students examples of artwork from several of her books, including Animal Talk, which features colorful creatures known as alejbrijes.  She described for students the process in which artisans in Mexico carve sculptures using wood from the copal tree to create the alejbrijes. 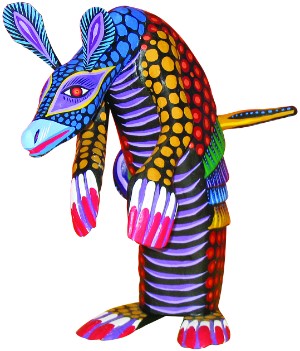 One student happily recognized these artworks as similar to the animated creatures that were in the popular Disney film Coco. The artisans who produced the wooden sculptures for Animal Talk are Efraín Broa and Rubí Fuentes from the town/municipality San Martín Tilcajete in the Mexican State of Oaxaca.

In addition to being an author, Weill is the Director of the Center for Children's Literature at Bank Street College. Her latest book Let's Work is on Brooklyn Public Library's summer reading list and features miniature palm weavings created by Basilia Sanchez and Flavio Gallardo from the town/municipality Chigmecatitlán in the Mexican State of Puebla.

Bank Street College and its Center for Children's Literature recently announced a new children's literature award to be presented every other year to the Best Spanish language picture books for children. Here are the winners of the 2020 Best Spanish Language Picture Book.

We asked Ms. Weill some questions about what inspired her to create the colorful and engaging bilingual English/Spanish board book series.

What inspired your interest in Mexican Folk Art?

In 1995 I did the Fulbright Teacher Exchange in Mexico City.  When not in the classroom, I travelled  through Mexico.  Every state has its own traditional folk art.  I was mesmerized.  A few years later, I found myself living and working in Vietnam and also greatly admired that country's handicrafts.  The artwork for a book I published while living in Ha Noi called Ten Mice for Tet (Chronicle 2003) used embroidery for its illustrations. When I came back to the U.S. to begin a doctoral program at Teachers College Columbia University I thought about other books I could do using artisanal work and I remembered all of the wonderful folk arts from Mexico.  Mexican folk art lends itself to children's book illustration because it is so bright and colorful and naturally appealing to kids.  Working on books with Mexican artisans became the focus of my doctoral studies and gave me the long stretches of time abroad needed to complete the artwork.  These books later became part of the series, "First Concepts in Mexican Folk Arts" published by Cinco Puntos Press in El Paso, Texas.

Mexican folk art lends itself to children's book illustration because it is so bright and colorful and naturally appealing to kids.

Do you like to make handicrafts yourself? Are you a maker?

I have absolutely no artistic skills! However, I am a great admirer of handicrafts or popular arts made by rural artisans. It is deeply gratifying to me that through these books the makers can be recognized for their lifetime achievement.

Your most recent book features tiny woven palm figures representing people who work in various professions. What inspired you to create this book?

My first encounter with the little palm weavings in Let's Work was in the State Popular Arts Museum of Oaxaca in 2010.  I asked the museum director who made these wonderful miniatures and he gave me the artist's phone number.  I reached Flavio Gallardo via phone.  He lives in the mountains with his family and his workshop about 10 hours from Oaxaca City in an area called the Mixteca.  He agreed to meet me the next time he was in Oaxaca. When we finally met he showed me more work.  It was then I decided we should do a book on professions.  He loved the idea.   It took several years to amass enough pieces. Because the book called for images he and his workshop did not ordinarily create it took awhile to get some of the  figures right.   Usually, I travel to the artisans and I sit with them as they produce the work.  However, because of the remoteness of their living situation and the lack of public transport the artisans came to me.

To learn more about Weill's work and to access teaching resources such as a song to use with her Colores de la Vida book, visit her web site. Also, check out our  Mexican/Vietnamese Folk Art e-book list featuring several titles by Weill and other authors that feature Mexican and Vietnamese folk art.

Thank you to Cynthia Weill for her wonderful presentation and for providing the photographs for this blog post!