On June 24th, the Kensington branch celebrated Immigrant Heritage Month. Tweens and Teens gathered to learn how to draw manga characters from Misako Rocks!, a Japanese manga writer/illustrator who has written works including Rock and Roll Love, the manga about a Japanese foreign exchange student living in the midwest. "Who knows the word for cute in Japanese?" Misako asked the drawing participants. "Kawaii!" the manga readers among them knowingly said. In the process of drawing characters step-by-step, Misako taught the children about Japan and Japanese pop culture. 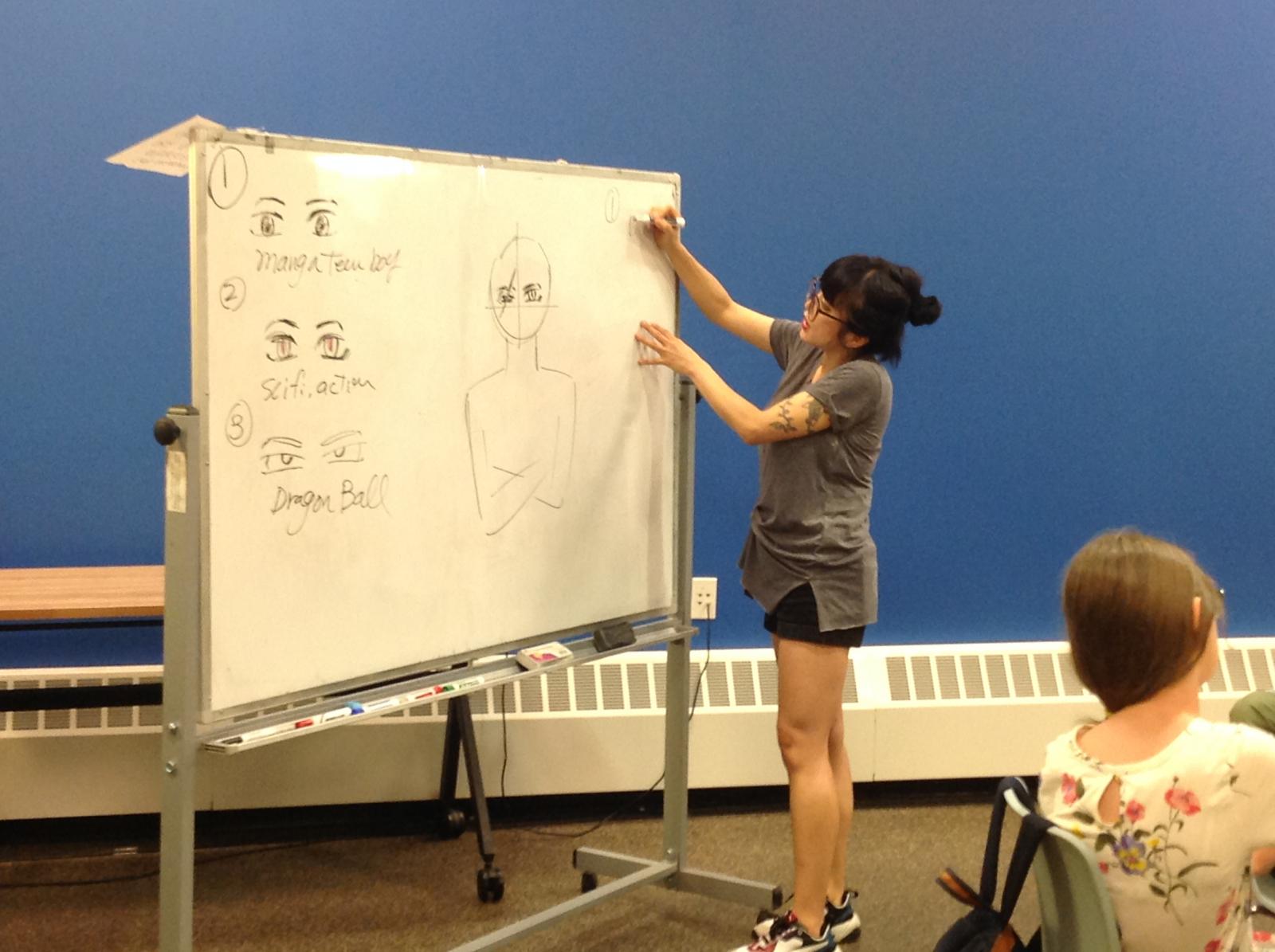 Misako explained that the way the eyes are drawn make the character appear cute or more serious. She also encouraged the group to be creative. “We are drawing cartoon characters, so make star-shaped eyes or heart-shaped eyes if you want,” Misako said. Then it was time to decide how our characters were to be dressed. “Always add a sailor scarf with two buttons if she is a Japanese schoolgirl,” Misako explained. “The second button on the scarf is eventually for the boy you have a crush on,” Misako continued. After we made our first character, it was time to name her.

"Who knows a Japanese name we can use for our new character?" Misako asked the group. Not even the manga readers were sure. With the help of Misako, we decided to name her Yuki. Yuki lives in Osaka and goes to the library. Everyone always wants to set their characters in Tokyo, but Misako reminded us that there are other places to live too.

When it was time to make a boy manga character, the group flipped over their drawing sheets and learned the techniques to making male eyes, shaggy hair, armor and the katana, the traditional samurai sword. Misako mentioned that her own family used one in the 1500s. 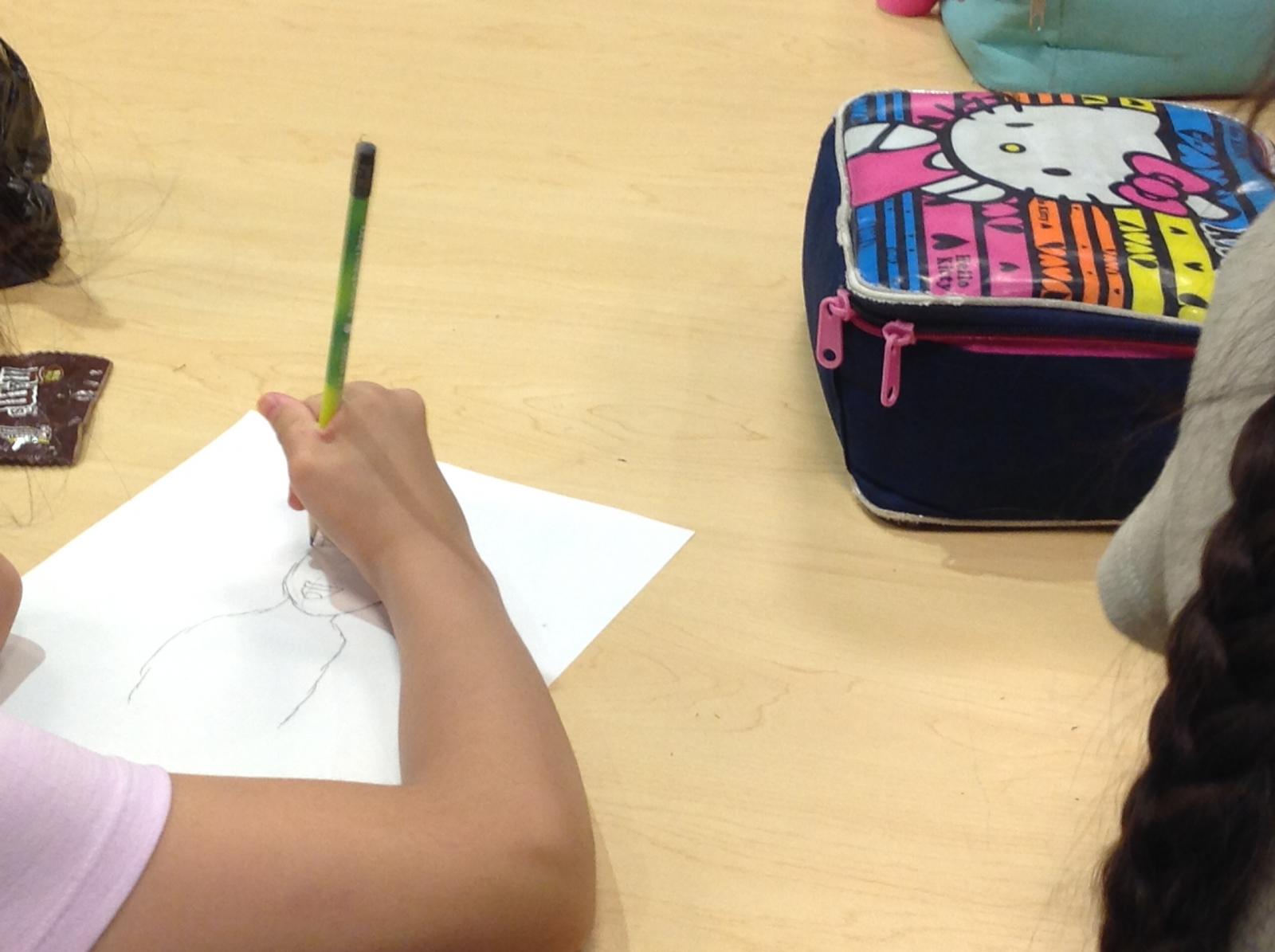 By the end of the lesson, thirty-four new manga characters existed and seventeen children left the Kensington community room smiling, eager to show off their work!

If you missed the program, check out Misako Rocks! videos on youtube.

Or, check out one of her books: 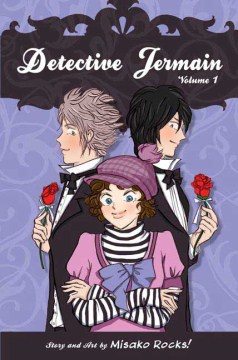 Jermain, the sixteen-year-old daughter of famous detective parents, can't stop playing detective herself and nosing into other people's business. When she realizes that some of the students and teachers at school are acting very strange, she has to solve the mystery! Jermaine's friends Andy, a shy but cute computer geek, and Travis, a popular heartbreaker, are her partners in detection—and they both have feelings for her. Between the dangers at school and this unexpected love triangle, what will Jermain do?

When Misako comes from Japan to the U.S. as an exchange student, she is overwhelmed by all the cultural differences. But then she befriends Natalie, the daughter of her host family, and quickly becomes acclimated to her American high school. One night, Natalie takes her to see a rock band, and Misako meets Zack, the lead singer. Suddenly, Misako's world is turned upside down. Zack is gorgeous and talented. His songs move Misako deeply. But Zack is a magnet for groupies and a big flirt to boot. Misako is convinced she doesn't stand a chance. So the two become friends, and Misako tries to ignore her feelings. But then Zack starts to give her mixed signals. Should Misako risk their friendship to tell him how she feels?

This program was made possible by Outreach Services and sponsored by Apple Bank.