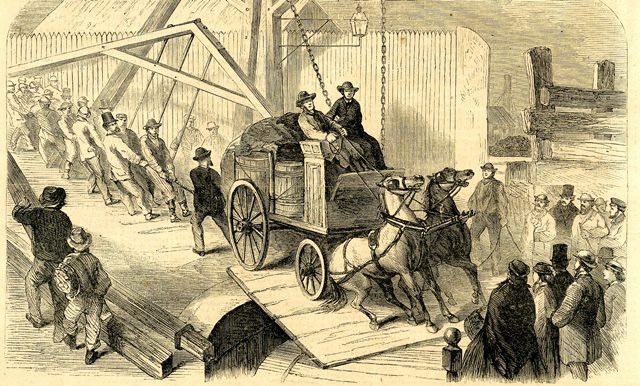 Since Brooklyn's inception it's residents have been employed in an array of occupations tailored to the needs of their growing community. In addition to addresses the early City Directories listed each resident's occupation as well, providing a unique opportunity to examine the labor needs of Brooklyn in the 19th century.  Coopers, rope-makers, doctors, teachers, laborers, sailors and many others played a crucial role in the daily life of early Brooklyn.  Looking through a directory by hand for every wheelwright, or blacksmith is an ardous, and labor intensive job though.  Now due to the wonders of digitizaton, through the Internet Archive Program, these volumes can be easily searched, yielding results that can be tabulated, and analyzed from year to year, or across decades.

Brooklyn from the 19th to the early 20th century experienced a period of enormous growth and development.  It began as a village, blossomed into a city, and settled into its final incarnation as part of the greater New York City metropolis.  With this great influx of people from all over the world working, creating and sharing ideas, the job market and economy was affected in many ways, with emerging occupations like photography, and the decline in outmoded fields such as the ferryman.

The field of photography grew by leaps and bounds as each practitioner experimented with different ways of taking pictures and processing the results. Daguerre, Niece, Talbor and others propelled this new way of image-making forward and into the fields of art and science  But it wasn't until 1853 when Adolphe Disderi originated the carte d'viste that photography as a profession took off.  Soon there would be a huge demand for studio portraits and for knowledgable photographers to take them.

Using the 1857 directory as a starting point I tracked the growth of the photography profession.  Not surprisingly in 1857 there is only one listing for a photographer - Mr. Thomas Stenhouse who lives at 10 N. 1st Street in Williamsburgh. 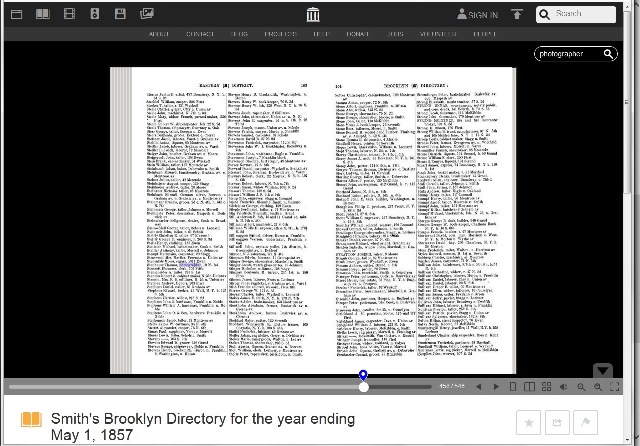 By 1863, only 6 short years later, the number of people who were listed as photographers had jumped to 40.  With clubs, and organizations springing up all over Brooklyn to share the every changing knowledge of photographic techniques,  it's no small wonder that photography as a profession enjoyed a steady climb. 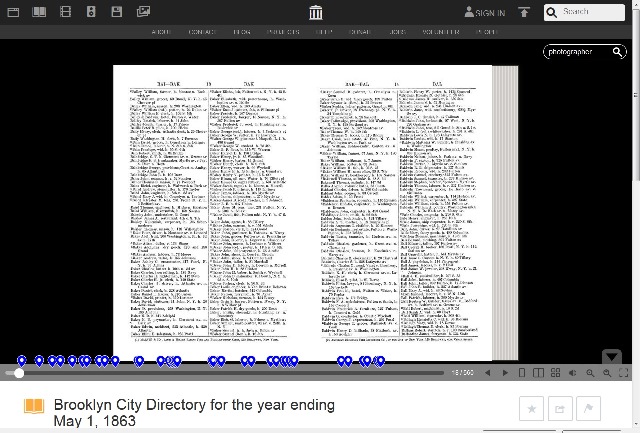 The decline in some fields that were once very lucrative is also documented through these pages.  Cornelius Dircksen was a 17th century farmer, with a boat, and for a small fee would ferry passengers to and and from Manhattan.  This entrepreneurial start to Brooklyn's ferry service would lead straight to Robert Fulton launching his ship in 1812.  With Fulton's Nassau,  Brooklyn now had regular dependable ferry service, bringing passengers, goods, animals back and forth between the two cities. The various ferry businesses created a lot of wealth for their initial investors, and employment for the popuation. 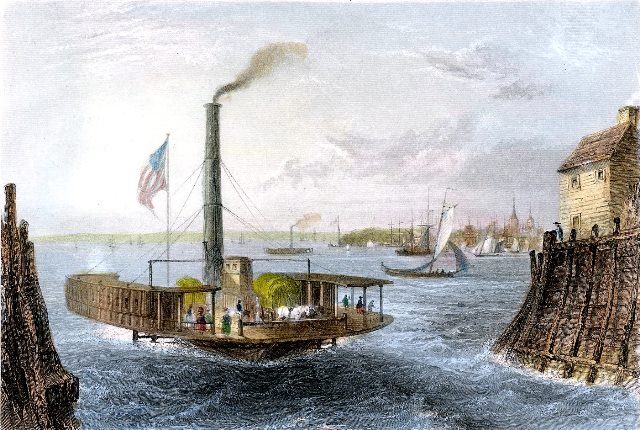 The mid 1800's were a great time to be a ferry operator, or ferryman.  This directory from 1857 shows that there are 70 men who work shuttling between Fulton Ferry and New York. 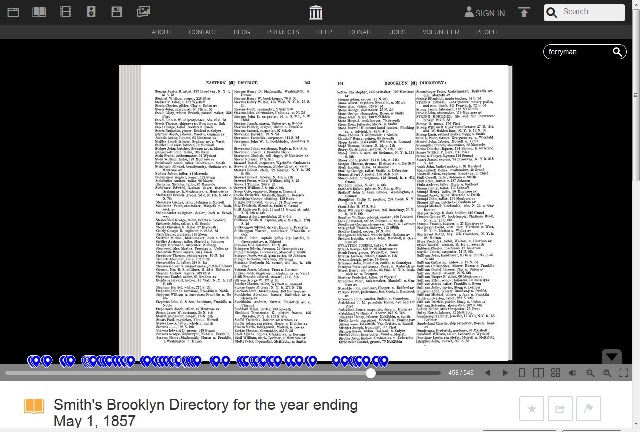 But the good times, didn't last so long.  When the Brooklyn Bridge opened with much fanfare in 1883 there was already a slight drop in the number of ferrymen to 60, and by the beginning of the next century, in 1907, this magnificent tribute to the engineering and ingenuity had reduced the number of men employed as a ferryman to 20, with Fulton Ferry finally closing up shop in 1924. 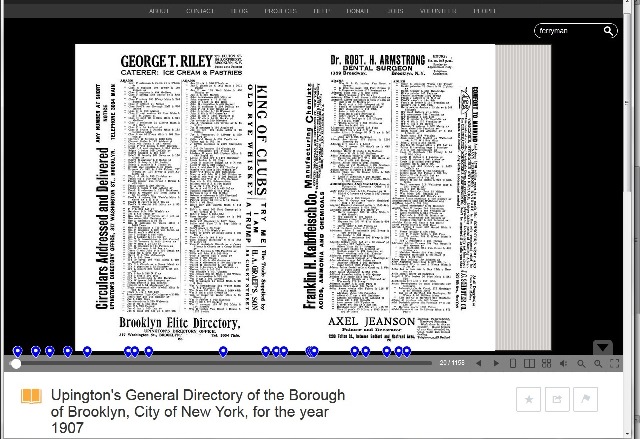 There is a whole world of bygone and contemporary occupations to research in the pages of our City Directorires. These volumes are a tribute to the hard-working men and women of Brooklyn.  What will you discover?

Those interested in contributions to the development and promotion of music and the arts in mid 19th century Brooklyn, can consult the searchable database at http://brooklynrenaissance.web.unc.edu/
My grand grandfather and his brother were florists from Germany. I have old photos of their greenhouses in Brooklyn and only a vague idea of where they were. Can I send some?
Hi Reggie, Please contact us at [email protected] with this request. Thank you.