Here at the BKLYN Kids Blog, we endeavor to post new content every Thursday. The reason that this post is going live just over the wire (it is 12:44am on Friday as I am about to hit "publish") is not entirely because I am a procrastinator, but because it has changed form, changed tone, grown and shrunk a number of times since I started working on it a few weeks ago. It began, when in the lead up to the Academy Awards, I saw an infographic illustrating the percentage of lines in Oscar winning films spoken by men vs those spoken by women. The results are unfortunately not hard to surmise but no less disappointing. This was soon followed by the tally of another award, the Caldecott, given annually to the illustrator of the previous year's most distinguished picture book. Since its inception, the award has been given to nearly three times as many men as women. Kidlit Twitter is actually a pretty wonderfully supportive place, and has been addressing this throughout the month of March under the #womeninillustration hashtag, where you can find many of the books that I had already pulled from the shelves for this blog post, as well as lots that are new to me and will have me headed back to the shelves for new storytime favorites.

From the growing pile of books on my desk, all illustrated by women and published in the last two or three years, I started looking for themes. I decided to go with a classic, and so without further ado, present some books about bears: 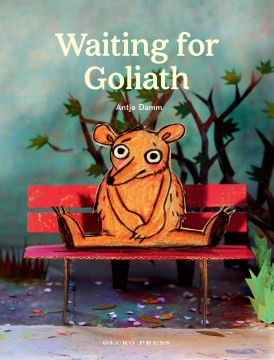 Waiting for Goliath written and illustrated by Antje Damm, translated by Sally-Ann Spencer

A very patient bear waits seasons for his friend Goliath, in a loose adaptation of Beckett's Waiting for Godot. Unlike Godot, Goliath does eventually show, but there is a surprise twist. Damm constructs dioramas from collaged materials and hand drawings that merge perfectly with her off-beat, absurdist tale. 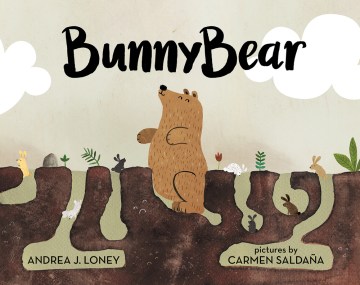 Bunnybear is a bear, but he doesn't want to growl and roughhouse and tromp through the woods like his siblings, he wants to hop and cuddle and smell flowers like the bunnies. And he doesn't feel like anyone will ever understand him. Until he meets Grizzlybun! 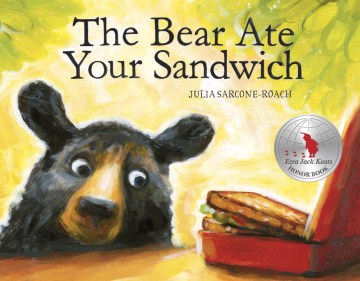 A missing sandwich from a lunchbox on a park bench is the work of a bear who accidentally hitched a ride into the city in the back of a pickup truck, or so the mysterious narrator of this book would have us believe. Sarcone-Roach's bear is probably both the most realistically drawn and plotted on this list, but there may be something more going on.

A concept book about relative size—big, little, and eventually, tiny—told through bold, but fanciful illustrations in a limited black, grey, and red pallet. Simple enough for the littlest of readers, but packed with enough tiny details and call backs to keep big kids interested too. 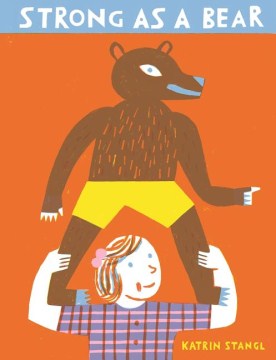 Strong as a Bear written and illustrated by Katrin Stangl

The title bear, aside from the cover illustration, only appears once in this book, but the animal-based similes introduced, and their accompanying illustrations—of a variety of children interacting with said animals—are delightful. 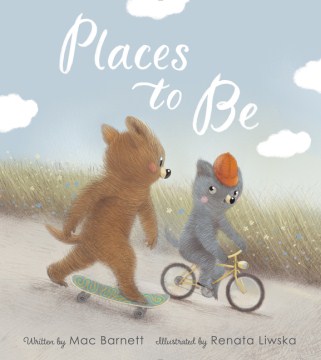 Places to Be written by Mac Barnett, illustrated by Renata Liwska

This book almost didn't make the list, but Liwska's soft illustrations (brush and ink plus digital, the colophon says, though they feel like colored pencil to me) perfectly evoke the nostalgia of a summer day in childhood. Her bears are the most human-like of those on this list, and Barnett's tale explores the range of human emotion between young siblings.