National Engineers Week, Feb 18-24, is a week-long celebration of engineering designed to get children and their families more familiar with the world of engineering. Check out their web site at www.discovere.org for lots of fun activities to make engineering come to life for children. And, consider registering to become a Girl Day Role Model on Thursday, Feb. 22 by planning a fun engineering activity for girls.

A perfect activity for engineering week is catapult engineering. We made catapults during a recent Library Lab at Cortelyou Library; not only are they easy to make, but the kids enjoyed decorating them as much as they did using them! You will need about 12 large Popsicle sticks, several rubber bands, a cupcake liner or medium-sized lid, some pompoms, and a ruler or measuring tape.

How to Make a Catapult:

You can find more instructions and photographs of how to make a Popsicle stick catapult at this web link. http://www.science-sparks.com/2016/04/15/how-to-make-a-catapult/

Now comes the fun part – testing it out!

Place small objects like pompoms or a piece of paper scrunched into a ball in the bucket of the catapult and launch away! Experiment with a few different objects and see which flies the farthest. Hint: You can wrap a few rubber bands around the pompoms to make them heavier. See if this makes a difference in how far they fly.

You may want to measure which projectiles travel the greatest distance and create a simple chart to record your results. Next, you might try taking the catapult apart and re-positioning the stack of large Popsicle sticks vertically instead of horizontally. This increases the distance the bucket is pushed down, resulting in a stronger force. Do the projectiles travel further?

Engineers are problem solvers and problem solving is an excellent skill to introduce to your child. We re-created a Medieval battle in our Library Lab. Young engineers solved the problem of protecting a Lego castle by building strong walls around it with Keva planks. The invading army engineered a way to break down those walls by launching projectiles at the castle with their catapults.
Aerospace is a career filled with opportunities for students with education in Science, Technology, Engineering and Mathematics (STEM). Many efforts are underway like National Engineers Week to attract students who have traditionally shied away from these fields.

Show children the connection between engineering and space exploration with a few space-themed games. In the first, create a target out of a paper plate that will stand for the moon. Children can try to launch a pretend astronaut onto the moon! Draw craters on the plate with a marker and talk about how the moon is a satellite, not a planet, because it revolves around the earth.

Make a connection to African American History Month by discussing the recent dedication and opening of the Katherine Johnson Computational Research Facility at NASA Langley in Hampton, Virginia. The building is named after Katherine Johnson, an African American woman whose math calculations were instrumental in the successful landing of the first humans on the moon during the Apollo 11 mission in 1969.

Build excitement for the next NASA Mars Rover launch this May 2018 by pretending to launch a rover onto the red planet. Just color a paper plate red and create a pretend mini rover on a crumpled piece of paper. Put the paper in the bucket and count how many tries it takes to land the rover onto Mars. Most importantly, have fun and explore!

Check out these books to inspire future engineers!

Meet Katherine Johnson, a brilliant mathematician who worked at NASA in the early 1950s until retiring in 1986. Katherine's unparalleled calculations (done by hand) helped plan the trajectories for NASA's Mercury and Apollo missions (including the Apollo 11 moon landing). She is said to be one of the greatest American minds of all time. 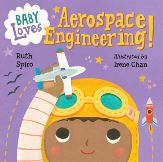 In a board book, this book introduces the basics of flight to readers with very simple explanations of why birds, planes, and rockets are able to fly.

Or browse the full  engineering booklist

Can't get enough of STEM?  Check out our Library Lab program at a branch near you! Click here