Most of the exhibitions we create here in the Brookyn Collection are comprised solely of material from our numerous holdings - historical photographs, letters, prints, maps,etc.  We took a slightly different approach with our curent exhibit, "Badges of Honor: Brooklyn's Protectors".  The result is an exciting collaboration, pairing the Brooklyn Collection's resources, with the unique Brooklyn badge collection on loan from Art Sinai.

Brooklyn born Art Sinai started acquiring badges in 1978 when he worked for the Treasury Department.  His first badge was a gift from a colleague, and it is this gift that ignited his singular passion.  Over the years he has ammassed over 8000 federal, city, state, and railroad badges.

The twenty-one badges on exhibit span 100 years, from 1850-1950, and are a documentation of the time when Brooklyn had its own municipal agencies, to becoming part of New York City.

This gold colored badge was worn by the officers patrolling the 526 acre Prospect Park. The park's police force was established in 1866. According to the Brooklyn Daily Eagle its mission was "to guard the property now on the ground, and hereafter promote the observance of the peace and respect for the improvements when the Park shall become a public resort."  The original force consisted of nine patrolmen, three sergeants, and a captain.  In the following photo from 195, patrolman John O'Hara warns Donald Boa of the dangers from skating on Prospect Park Lake. 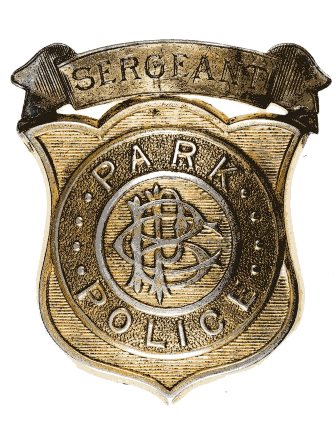 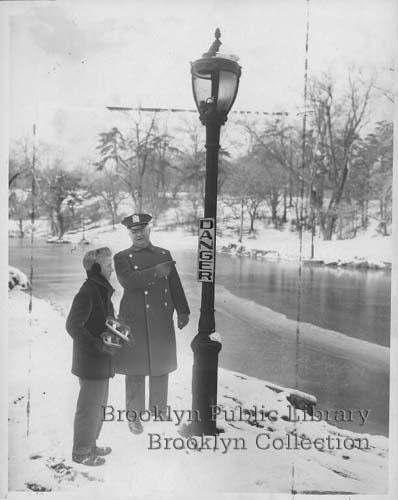 The Manhattan and Brooklyn Bridge Police force handled everything from fare beaters, lost children, bridge accidents, and pick-pockets.  This silver and copper badge was worn by the men who patrolled the 5,989 expanse from the beginning of its inception. 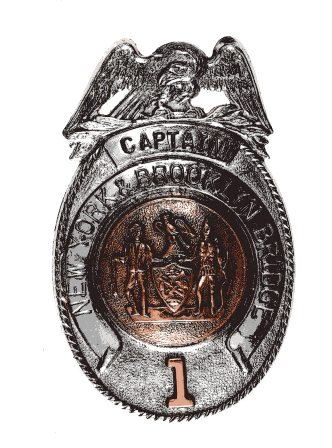 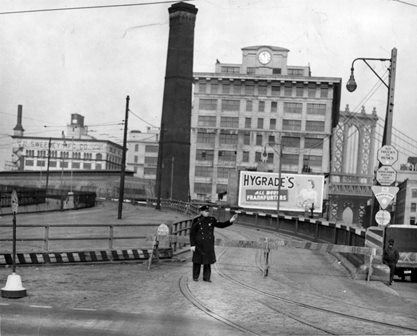 This picture symbolizes the courage and fortitude of the Brooklyn Firefighter as he rescues his fellow citizens during the blizzard of 1888. 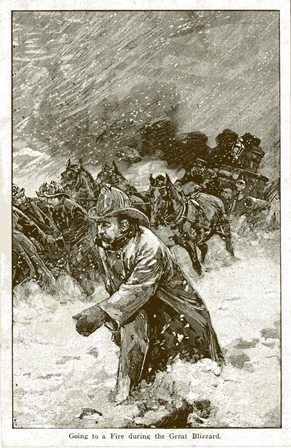 The New York Police Department started admitting women into their ranks during the 1940's, with Gertrude Schimmel becoming the first NYPD female officer.  In this photo Virginia Callahan demonstrates her strength to Eleanor Greco in 1948.

Champions of our 1st amendment proudly displayed their badges as well. 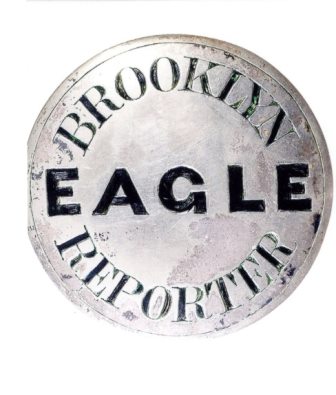 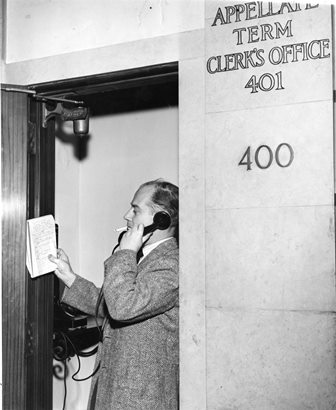 In this photograph from 1958, a reporter is seen hard at work on the latest story.

Art Sinai will be in the Brooklyn Collection on Monday, March 5th at 7:00pm to talk about his experiences in collecting badges and the historical significance of these items.

Badges of Honor: Brooklyn's Protectors will remain on exhibition until March 9th, 2018.