When New Yorkers dream of summer fun at an amusement park by the sea, most turn their thoughts to Coney Island. However, 100 years ago they might have been dreaming about Canarsie’s Golden City Park. The popular yet often forgotten amusement park opened in the summer of 1907 to a crowd of 25,000. Built on Jamaica Bay by Warner’s Canarsie Amusement Company, the park relied on the recently extended railroad system to deliver daytrippers from all over the city. 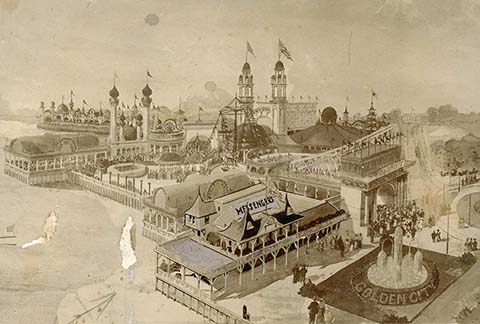 An undated rendering of the park in its heyday.

Golden City delighted attendees with amusement park staples such as a rollercoaster, carousels, arcades, a tunnel of love and a ferris wheel. The park also included more non-traditional rides such as the “Human Laundry” which took people though a wash cycle, including a spin dry and laundry chute. Games such as “Kill the Kat” allowed patrons to test their aim and win prizes by hurling baseballs at toy cats. Braver visitors could take a trip through the park’s funhouse, navigating by boat though dark tunnels where ghosts and devils were waiting. 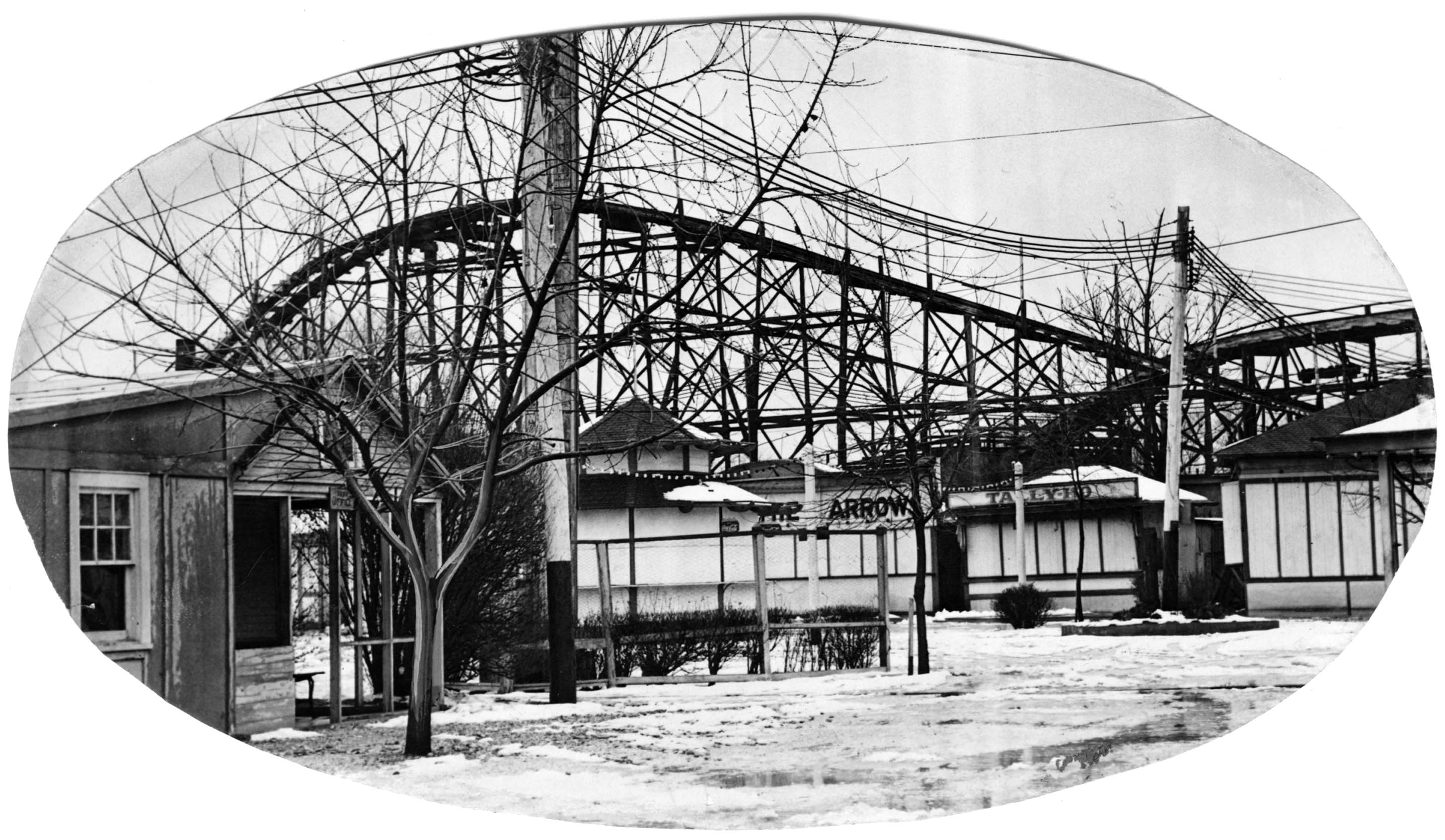 Above and below, two views of Golden City rollercoasters. 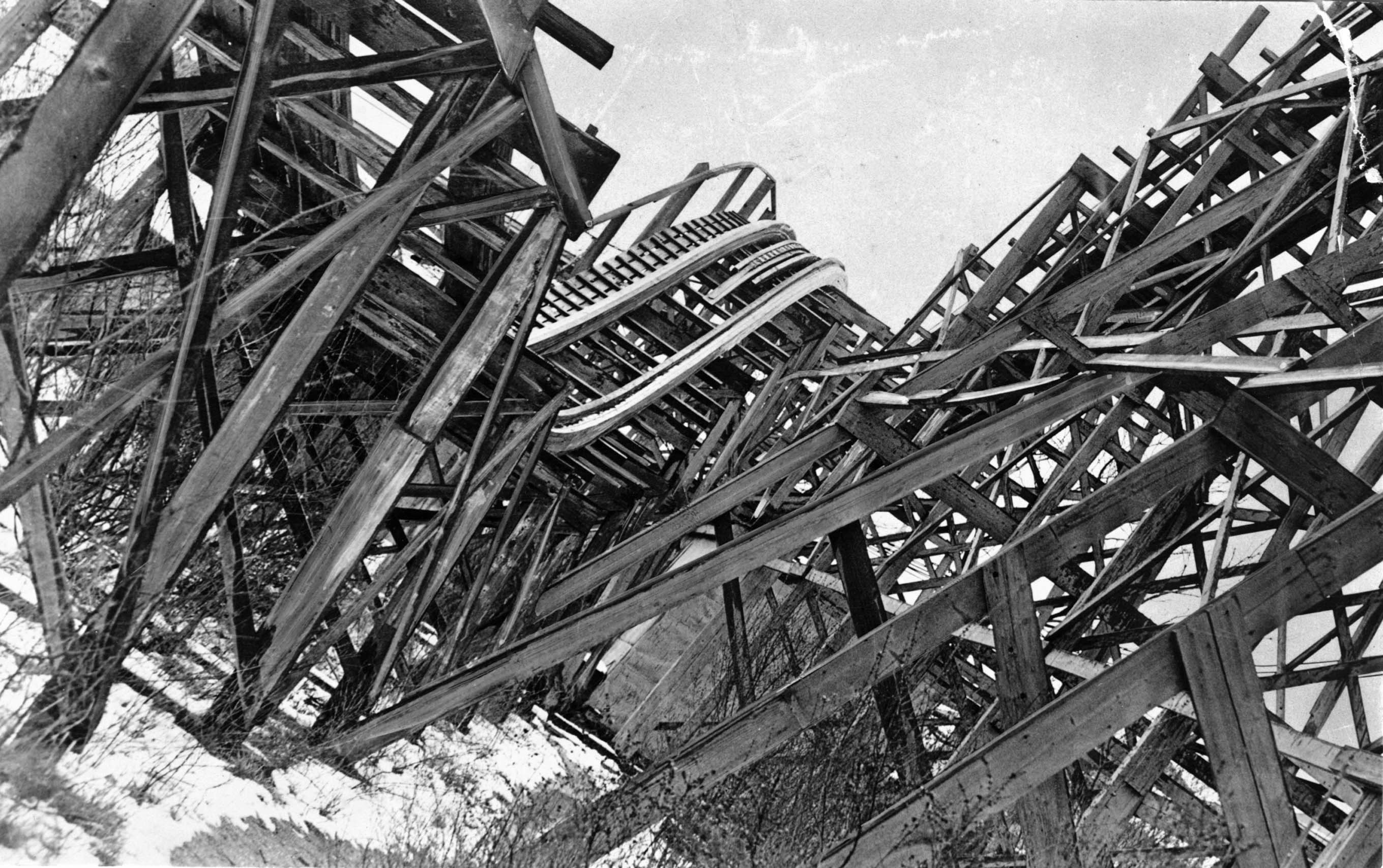 Below, a 1929 Belcher Hyde desk atlas image of the park labels the various attractions, including a carousel, The Whip, circle swings, and fun house.

In addition to the rides, the park staged a number of live shows at “The Barbary Coast” amusement hall, allowing Broadway stars to try out new material before bringing the act to the major stages in Manhattan. The park’s most popular live action show, “The Robinson Crusoe Show” was a 22 minute telling of the Daniel Defoe novel that cost the park $60,000 to stage. It took 14 motors to move 60,000 square feet of scenery during the performance.

A May 19, 1907 ad from the Brooklyn Daily Eagle declares the many attractions on offer.

Wandering the park, one could stumble upon a live action Native American village, an animal oddities display or even a motorcycle show where daredevil drivers reached speeds of 80 miles an hour. The audience loved death-defying performers such as Arthur Holden, who twice a day dived from a height of 110 feet into a tub of water only 4 feet deep. Tamer acts such as King Pharaoh, a horse billed as an animal with “the intelligence of a human being”, wowed audiences by spelling and solving math problems. 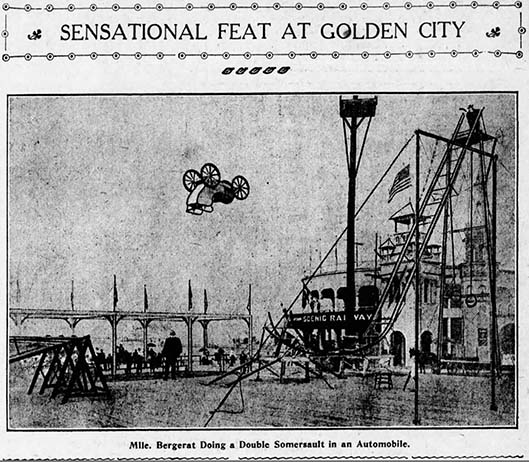 A Brooklyn Daily Eagle article from the park's opening summer highlighted this surprising feat -- an automobile rolling down a ski-jump track to turn a somersault in the air before landing safely on an adjacent ramp.

During Golden City’s nearly 30 years of operation it was plagued by a number of devastating fires. In 1909, a fire that began in one of the park’s restaurants quickly spread, causing $200,000 worth of damage and destroying the restaurant, dance hall, photography gallery and office.

The park was able to resume normal operations, but was the victim of fire again in 1912 when the Tunnel of Love was destroyed. The park was already losing money when a 1934 fire damaged the park so badly that management refused to rebuild. Golden City sat unoccupied until 1939, when it was razed to clear space for the new Belt Parkway. 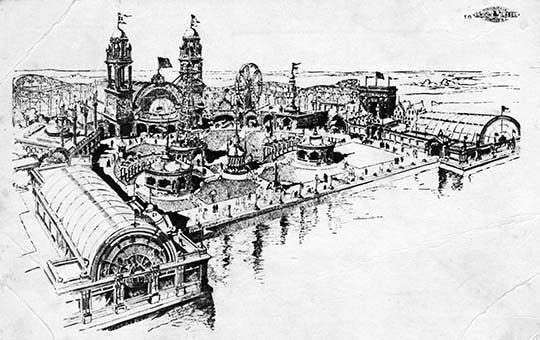 The park is long gone, but need not be forgotten. Next time you’re visiting Canarsie Pier or driving over the parkway, take a moment and turn your thoughts to Golden City. Think of the rides, shows and thousands of happy New Yorkers spending summer days at the city’s lost amusement park.