Annual reports of charitable institutions do not usually make riveting reading matter.  The annual reports of the Brooklyn Society for the Prevention of Cruelty to Children form  a compelling yet disturbing exception to the rule.  Aside from the inevitable statistics and lists of donations, they contain photographs of some of the children brought to the notice of the Society, each one accompanied by a brief report of the circumstances surrounding the child's misfortune.  Here are a few, offered without commentary: 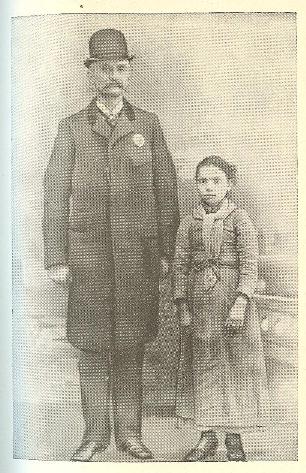 Case No. 9641--The above is a picture of a little girl, Francesca Carboni, 11 years old, who was brought out from Italy and thirty days thereafter was forced to marry a man 27 years old, who beat and kicked her.  One morning he tied her hands behind her to the bed, in the room,  and after beating her, left her alone, not returning till late at night. She then ran away and wandered all the way from Maspeth, Long Island, to Prospect Park, where she was picked up by a police officer.  The Society's agent is shown in the picture, to give the comparative size of the girl. The husband was arrested, and is awaiting trial in Queens County for assault and illegal marriage, and the little girl is being cared for by the Society. 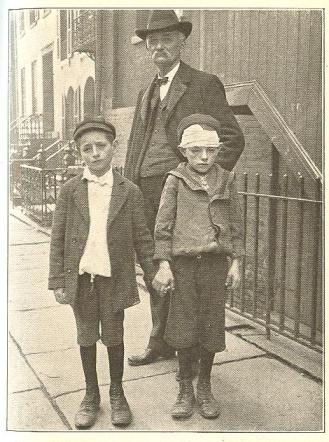 Case 37,061--These boys were brutally treated by their aunt and legal guardian, who was the next heir to their property. She struck one of them on the head with a stick because he feared to tie up a dog, laying his scalp open. Two days afterward, because he asked for a bandage, she struck him in the same place with a strap, the buckle laying open the wound afresh. He was taken to the hospital and the wound sewed up. The woman was sent to jail and the boys to an institution. (p.23) 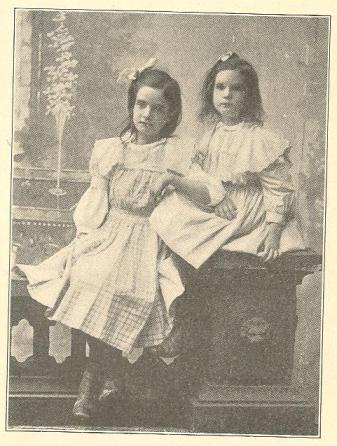 Case No. 41,435--Gertrude, 10, Lizzie 7 years old. These children were found living in a room, which was without furniture and in a filthy condition, with their mother, who was beastly intoxicated. The woman was placed under arrest by a Society officer and children brought to Shelter. Later the mother was convicted.

The above picture was taken after the children had been in the Society's care for three weeks. 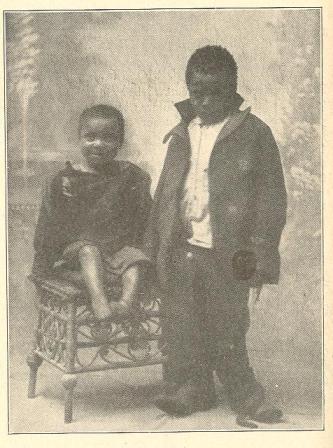 Case No 39,116--John, 7, Percy 4 years old. These children were found by a Society officer in the basement of a dilapidated house in Jamaica, L.I. The weather was very cold and children were found in condition shown in the picture. Their mother was dead and they were deserted by their father. When found the eldest child was in the act of making buckwheat cakes in an old dirty tin pail. The children were removed to the Society's Shelter and later placed in an institution. The father was placed under arrest and committed to the Kings County Penitentiary for three months. 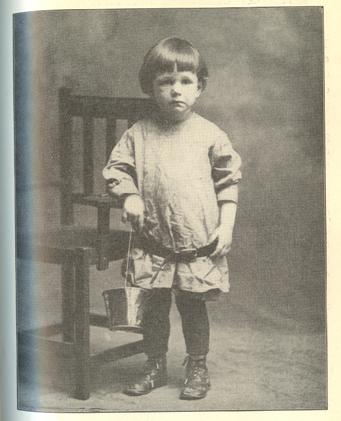 No 74,813--During the year many lost children are cared for by the Society, and in most cases restored to their parents.

Early one morning in June, this child was found wandering about the beach at Coney Island, and brought to the Society's rooms where he was provided with every care. In the meantime, diligent search was made to find his parents. Many clues were furnished through the story and picture published in the press, but the numerous searches made failed to identify him. it was quite evident that this child had been deliberately abandoned.

No enquiry ever reached the Society office from any friend or relative and in this way he became another "John Doe'"and was committed to an institution to be found a family home. 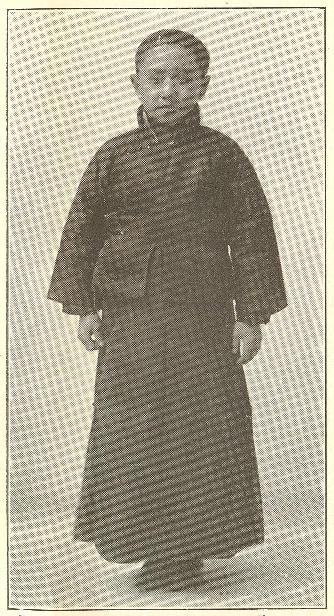 The Society stopped the exploitation of this child in a dangerous theatrical employment. Through the case the Federal Immigration Commissioner stopped the further importation of children from China for theatrical work. 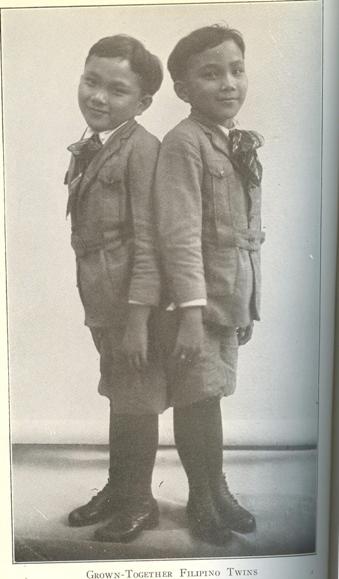 Although these splendid boys were born united and will probably remain so throughout life, they are bright and happy. Since infancy they have been exhibited in shows and circuses. When found last summer they were being exhibited as 16 years old, whereas their correct age was only 10.

After a hard legal battle the Children's Court committed the twins to the Society's custody. Fortunately we were privileged to place them in the home, in Washington, of a Filipino, the foremost philanthropist of his race, who is giving them an education and other fine advantages."