Audio Guide (Center of Grand Lobby)
Listen to Marwan Hisham describe each picture and recount his memories of Syria in this guided walk.
To play, click on the thumbnail image that matches the picture you are standing in front of.

Molly Crabapple & Marwan Hisham: Syria in Ink presents vivid images and words of the Syrian conflict and the country’s partial occupation by ISIS, and the besieged consciousness of a young Syrian man finding his voice as a writer. The exhibition includes over fifty original drawings by artist Molly Crabapple and the voice of author and journalist Marwan Hisham. With pen and brush, together they capture Syria from before its precipitous fall to its current state of crisis and mass displacement.

Crabapple’s drawings, created from 2014-2017, illustrate the pages of Hisham’s coming-of-age story, Brothers of the Gun: A Memoir of the Syrian War, which the two co-authored (One World/ Penguin Random House, 2018) and mark their ongoing collaboration. For the 82 illustrations included in Brothers of the Gun, Crabapple drew inspiration from photos she and Hisham shot, amateur photos and videos posted on social media by Syrians involved in the conflict, Google Earth, and above all, Hisham’s memories. The artist composited references from hundreds of sources, using Hisham’s instructions, diagrams, and visual research to accurately convey the war and his experiences. BPL is pleased to present Crabapple’s original works on paper and an immersive experience of the text, along with an audio walk that includes Hisham’s reflections on the war and the artwork which emerged in response.

In creating the art displayed in Syria in Ink, I was inspired by Goya’s Disasters of War. We now live in the age of infinite photos, and Syria is perhaps the most widely documented war in history. But oppressors, whether they are governments or not, seldom allow cameras into the spaces where they inflict their oppression. The lived experience of those under them disappears into the memory hole. Thankfully, art is a slippery thing. It can evade censorship, make history visible, invest the hideous with beauty and the prosaic with force. It can reveal that which power would otherwise be able to hide. I seek to accomplish with my art what photos cannot.

Molly Crabapple is an artist and writer in New York and the 2018 Katowitz Radin Artist-in-residence. Her memoir, Drawing Blood, was published by HarperCollins in 2015. Her reportage has been published in The New York Times, New York Review of Books, The Paris Review, Vanity Fair, The Guardian, VICE, and elsewhere. She has been the recipient of a Yale Poynter Fellowship, a Front Page Award, and a Gold Rush Award and was shortlisted for a Frontline Print Journalism Award. Her art is in the permanent collections of the Museum of Modern Art, the Rubin Museum of Art and the New York Historical Society.

Marwan Hisham is a Syrian freelance journalist who started his career in 2014 covering Syria, Iraq, and Turkey. He’s currently based in Turkey. His work has been featured in Vanity Fair, The New York Times, Foreign Policy, The Intercept, and elsewhere. 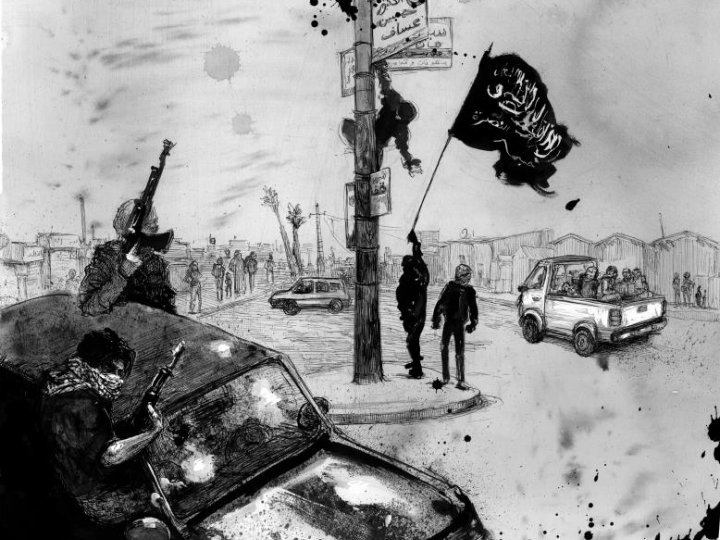 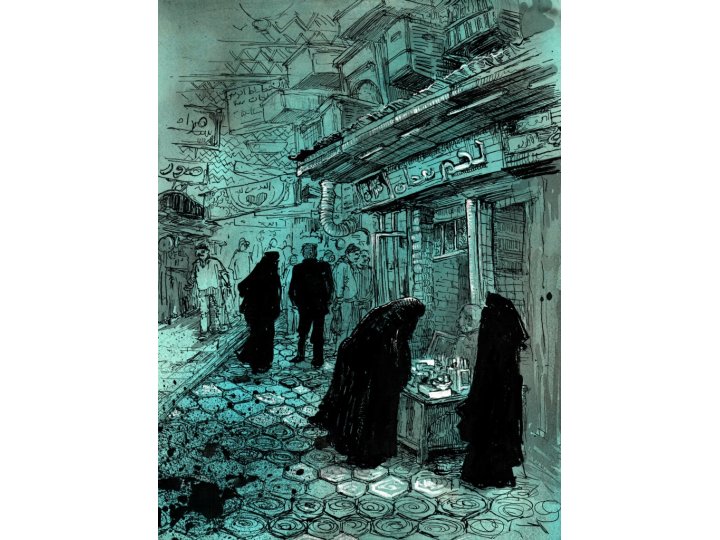 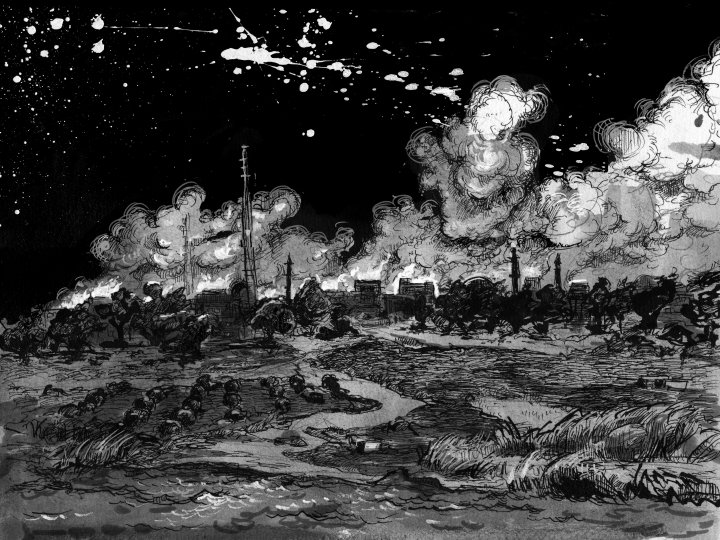 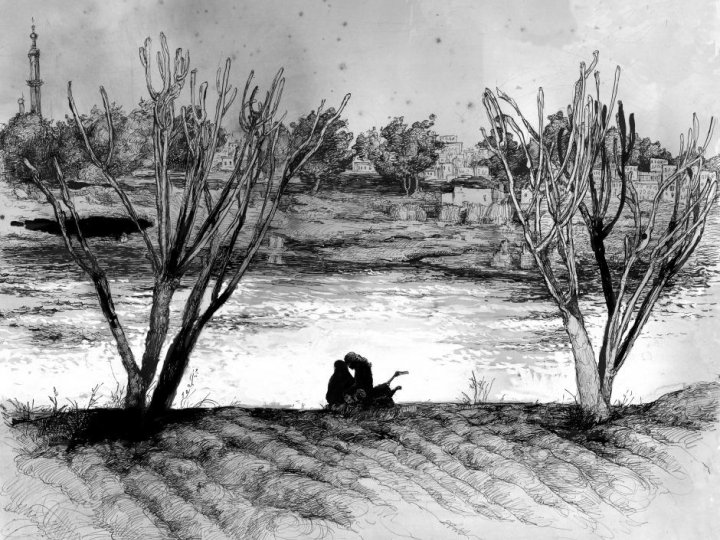 Molly Crabapple, Couple on the Banks of the Euphrates, 2017

Support the library you love this Giving Tuesday! Now through November 29, your tax-deductible gift will be MATCHED–dollar-for-dollar, up to $50,000–by a generous group of Library Trustees.