The Lift that provides ADA Access to the Dweck Center is out of service. We will alert you when it is in service.

Presented in connection with the Lenapehoking exhibition at Brooklyn Public Library, this panel addresses the crisis of violence, often gender-based, against Native Peoples.

Our current legal system does almost nothing to protect Indigenous People from violence and sexual assault. In 1978, the U.S. Supreme Court declared that Tribal Nations could no longer prosecute non-Indians who commit crimes against Native victims on tribal lands. This fact combined with the remote location of much of Indian Country, the nearby “man camps” that house thousands of transient oil and mineral workers, the many centuries of sanctioned neglect and discrimination towards indigenous nations, and media neglect, has created a crisis both profound and urgent. Join us for a conversation about an epidemic that is hiding in plain sight.

Masks and proof of vaccination required to attend. In-person capacity is limited and will be conducted on a first-come, first-served basis. Registered patrons will receive further details on the morning of the event.

This program is presented in partnership with the Lenape Center and as a collaboration between BPL Presents and BPL’s Center for Brooklyn History. 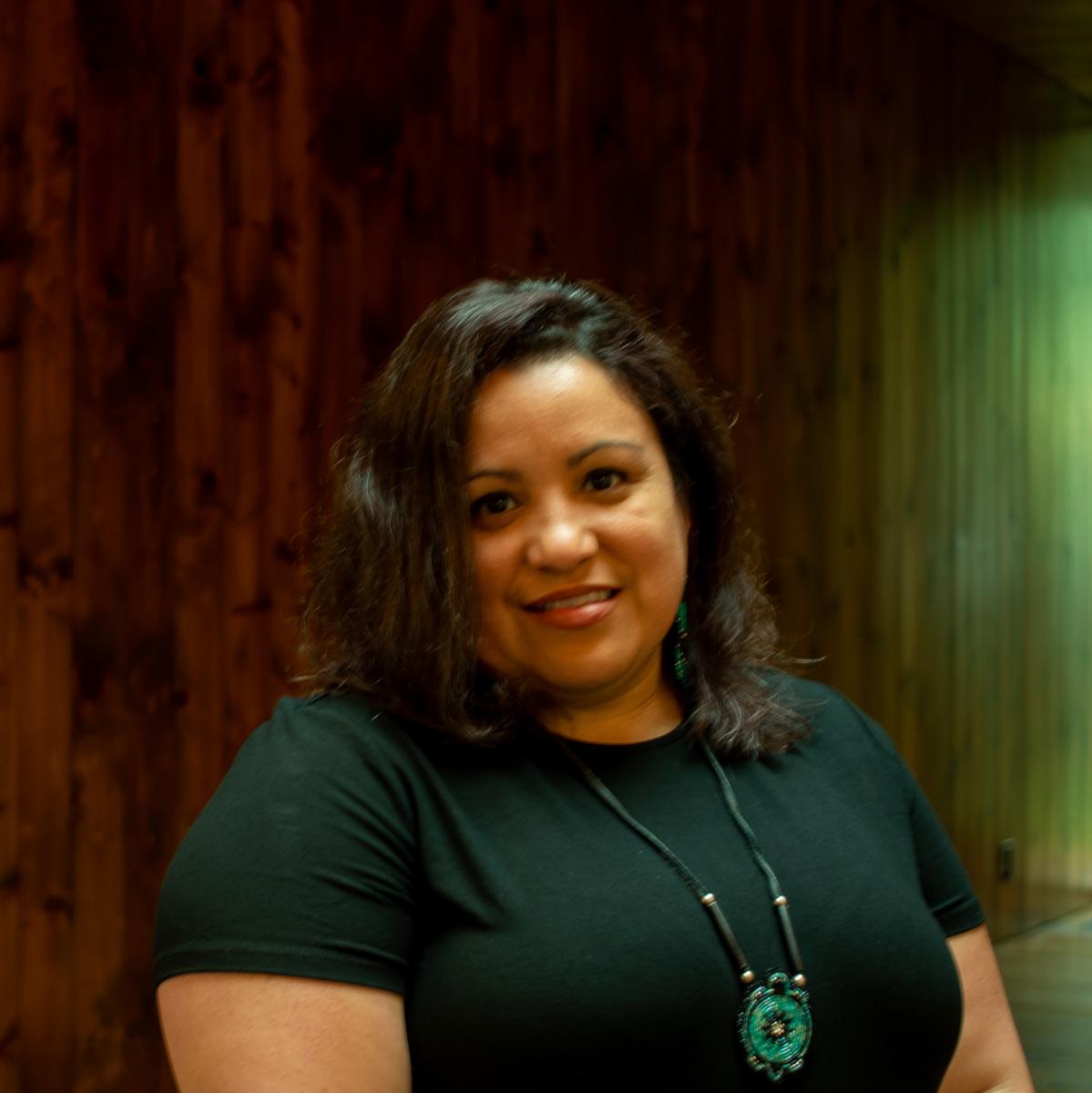 Heather Bruegl, a citizen of the Oneida Nation of Wisconsin and first line descendent Stockbridge Munsee, is a graduate of Madonna University in Michigan and holds a Bachelor of Arts and Master of Arts in U.S. History.  Inspired by a trip to Wounded Knee, South Dakota, a passion for Native American History was born.  She has spoken for numerous groups including the University of Michigan, University of Wisconsin-Madison, and the College of the Menominee Nation. She has spoken at the University of Wisconsin-Oshkosh for Indigenous Peoples Day 2017.  Heather also opened and spoke at the Women’s March Anniversary in Lansing, Michigan in January 2018. She also spoke at the first ever Indigenous Peoples March in Washington, DC in January of 2019.  In the summer 2019, virtually in 2020 and in 2021, she spoke at the Crazy Horse Memorial and Museum in Custer, South Dakota for their Talking Circle Series. She has also become the ‘’accidental activist’’ and speaks to different groups about intergenerational racism and trauma and helps to bring awareness to our environment, the fight for clean water and other issues in the Native community.  A curiosity of her own heritage led her to Wisconsin, where she has researched the history of the Native American tribes in the area.  She is the former Director of Cultural Affairs for the Stockbridge-Munsee Community and now serves at the Director of Education for Forge Project.  In addition to that she also currently travels and speaks on Native American history, including policy and activism.

Jocelyn Getgen Kestenbaum is Associate Professor of Clinical Law at the Benjamin N. Cardozo School of Law where she directs the Benjamin B. Ferencz Human Rights and Atrocity Prevention Clinic and the Cardozo Law Institute in Holocaust and Human Rights (CLIHHR). Jocelyn’s scholarship focuses on human rights, public health, and atrocity prevention, especially related to preventing and responding to sexual and gender-based crimes, slavery and the slave trade, Indigenous rights, and human rights violations against minority groups. She holds a JD from Cornell Law School and an MPH from the Johns Hopkins University Bloomberg School of Public Health.

Caroline LaPorte (Immediate Descendant Little River Band of Ottawa Indians) is an Associate Judge at the Little River Band of Ottawa Indians, an attorney and judicial advisor to Tribal Court of the Seminole Tribe of Florida and is the Director of the Tribal Safe Housing Center at the National Indigenous Women’s Resource Center. Caroline previously served as NIWRC's Senior Native Affairs Policy Advisor. She graduated from the University of Miami School of Law, where she was named a Henry Bandier Fellow, and received the Natasha Pettigrew Memorial Award for her time as a fellow in the Children and Youth Law Clinic. Caroline's work focuses primarily on housing, human rights, children, firearms, and criminal justice focused within the gender-based violence framework. She serves on the American Bar Association's Victims Rights Task Force, co-chairs the Victim’s Committee for the Criminal Justice Section of the ABA, is a member of the Lenape Center’s MMIW Task Force, on the Board of Directors for StrongHearts Native Helpline as well as the National Resource Center on Domestic Violence, is a founding member of the National Working Group on Safe Housing for American Indians and Alaska Natives, and is an adjunct instructor at the University of Miami teaching Native and Indigenous studies. 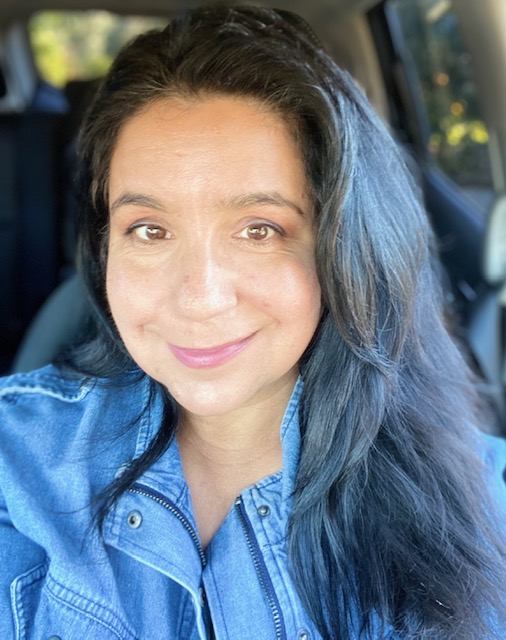 Rebecca Haff Lowry is a citizen of the Delaware Tribe of Indians, headquartered in Bartlesville, OK. Rebecca is an educator, social worker, poet and Lenape feather weaver. Her creation, The Cape of a Matriarch, is displayed in the Lenapehoking exhibition at Brooklyn Public Library through April 2022. In partnership with Tribes, she develops decolonial curriculum for classes elementary-college on Indigenous world views, creative writing and social-emotional skills. Her anthology of poetry, Lenape Journeys, was publicly performed on Little Island, in Manhattan, last July. A children’s book featuring lessons of feather weaving is in development. Rebecca serves on the Advisory Council of the Lenape Center.

Mary Kathryn Nagle is an enrolled citizen of the Cherokee Nation. She is also a partner at Pipestem and Nagle Law, P.C., where she works to protect tribal sovereignty and the inherent right of Indian Nations to protect their women and children from domestic violence and sexual assault. From 2015 to 2019, she served as the first Executive Director of the Yale Indigenous Performing Arts Program. Nagle is an alum of the 2013 Public Theater Emerging Writers Program. Productions include Miss Lead (Amerinda, 59E59), Fairly Traceable (Native Voices at the Autry), Sovereignty (Arena Stage), Manahatta (Oregon Shakespeare Festival), Return to Niobrara (Rose Theater), and Crossing Mnisose (Portland Center Stage), Sovereignty (Marin Theatre Company), and Manahatta (Yale Repertory Theatre). She has received commissions from Arena Stage, the Rose Theater (Omaha, Nebraska), Portland Center Stage, Denver Center for the Performing Arts, Yale Repertory Theatre, Round House Theater, and Oregon Shakespeare Theater.

Gloria Steinem is an American activist, journalist, and leader in the global feminist movement. Steinem contributed to feminism internationally as a writer, lecturer, organizer, and media spokeswoman on the issues of equality. At the age of 87, she continues her work towards a more just world through her support of seasoned and budding activists and organizations, such as the Women’s Media Center, the ERA Coalition, and Equality Now. She is a co-founder of Ms. Magazine.

Talks like this continue throughout the Lenapehoking exhibition, which runs from Jan 20 through April 30. Program calendar here.

Lenapehoking is made possible in part with support from the Shelley & Donald Rubin Foundation.

This event is part of the Lenapehoking series.