Five years have passed since the closing of the camps at the Standing Rock Reservation, where Native activists peacefully rallied against the controversial Dakota Access Pipeline. The pipeline, which crosses beneath the Missouri River, is a serious threat to the region’s water as well as Indigenous burial grounds and cultural sites. The actions of the Native “water protectors” drew global support and united more than 300 tribes in perhaps the largest Native alliance in history. Now, five years later, we take stock of the struggle in a conversation with three of the movement’s leaders.

Join eyewitnesses and activists Cody Two Bears, a former Tribal Council member for Standing Rock; Kandi White, a leader with the Indigenous Environmental Network; and Jasilyn Charger, co-founder of the grass roots organization 7th Defenders, for a conversation about this important history, the current state of the pipeline fight, and how the larger climate change and environmental movements have evolved. The program is moderated by human rights lawyer Kate Todrys, author of the 2021 book Black Snake: Standing Rock, the Dakota Access Pipeline, and Environmental Justice. 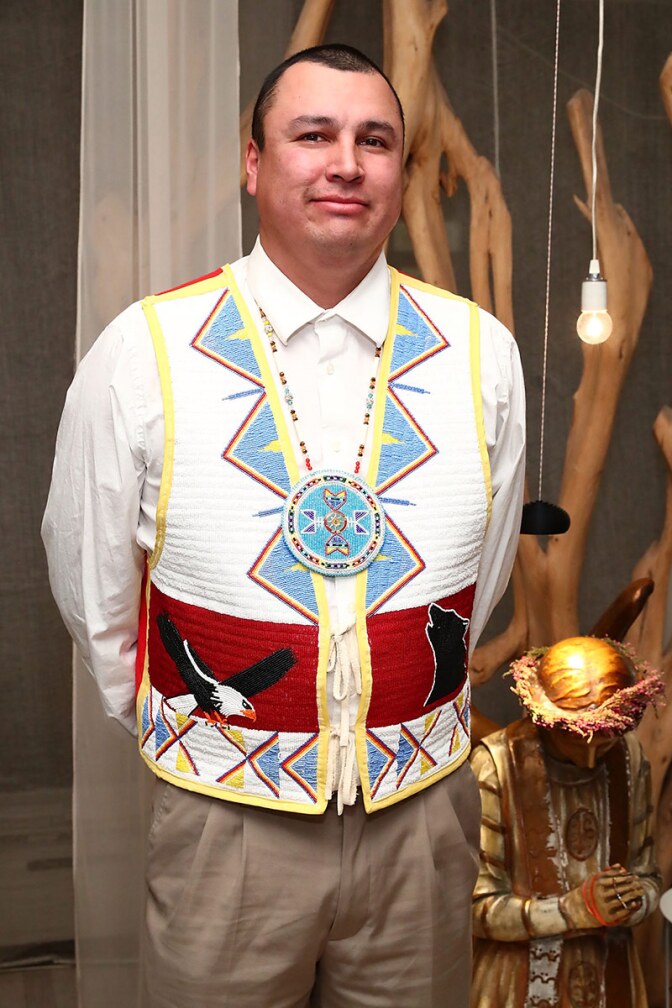 Cody Two Bears (Standing Rock Sioux) grew up in the Cannon Ball settlement of the Standing Rock Reservation and at age 26 was elected the youngest Tribal Council Member at Standing Rock. Following the closing of the camps he merged his cultural knowledge and desire for climate justice to co-create the nonprofit, Indigenized Energy, which then became a sub-project of Covenant Solar Initiative. Last year the company opened a 300-kilowatt solar farm on Standing Rock, the largest in North Dakota. Two Bears also founded  Indigenized Youth, a youth empowerment program that encourages young Standing Rock Sioux tribal members to continue traditional ways of tending to the earth.

Jasilyn Charger (Cheyenne River Sioux) is one of the youth who ignited the Standing Rock Pipeline Resistance Movement. A Land Defender and community organizer youth advocate for the Cheyenne River Sioux Tribe, they stood on the frontlines for six years battling pipelines, protecting, and advocating for Native American and LGBTQ rights. They are co-founder of the International Indigenous Youth Council (IIYC), The One Mind Movement, and 7th Defenders Project, a grassroots organization that advocates for Native, youth, and LGBTQ rights that is building projects and funding for research on land, food sovereignty, and renewable energy in an effort to make these available to BIPOC communities. 7th Defenders provides young people with skills and the tools to build and create, offers placements and housing for youth in trouble, and goes underground  to help with harm reduction from drugs. Charger also supports the local movement for MMIP (Missing and Murdered Indigenous People) with the Women Warriors Society opposing construction of the KXL pipeline.

Kandi White (Mandan, Hidatsa, Arikara) is a leading voice in the fight to bring visibility to the impact of climate change and environmental injustice on Indigenous communities across North America. Upon completion of her Master’s Degree in Environmental Management she began work with the Indigenous Environmental Network (IEN). She currently serves as Lead Organizer on IEN’s Extreme Energy & Just Transition Campaign, focusing on creating awareness about the environmentally and socially devastating effects of hydraulic fracturing on tribal lands. She has participated in several United Nations Forums and testified before the U.S. Congress on climate issues and their links to health, identity, and well being on tribal lands.

Moderator Kate Todrys is a human rights lawyer and writer. Her first book, Black Snake: Standing Rock, the Dakota Access Pipeline, and Environmental Justice, was published in June 2021. She currently serves as a member of the policy and New York executive committees of Human Rights Watch and as a pro bono attorney representing children seeking asylum. Previously, Kate worked as a researcher with the Health and Human Rights division of Human Rights Watch. She holds a J.D. from Yale Law School and an A.B. from Harvard College.