We have grown accustomed--too accustomed perhaps--to thinking of Brooklyn as the borough that integrated baseball, a borough dominated politically by Democrats, in which liberal and left-wing politics historically have flourished. But a recent acquisition brought home the fact that other points of view--including some many of us would now find repugnant--have gained a foothold here in the not so distant past. The drumbeat of Fascism in the 1930s could be heard all over Europe. It should come as no surprise that Brooklyn in that era also had its share of Fascist sympathisers. 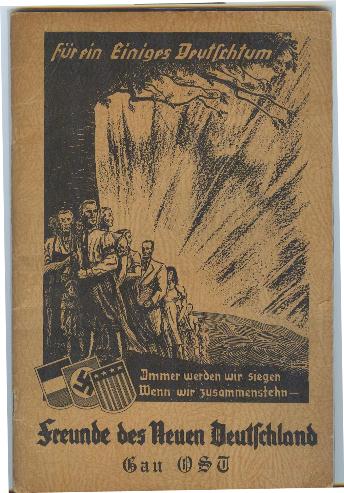 On November 17 and 18, 1934, a gathering of "Friends of the New Germany" aka Nazis, drawn from all over the Eastern U.S., met in Brooklyn. We recently came across a well-preserved program for the event, and acquired it for the Brooklyn Collection. 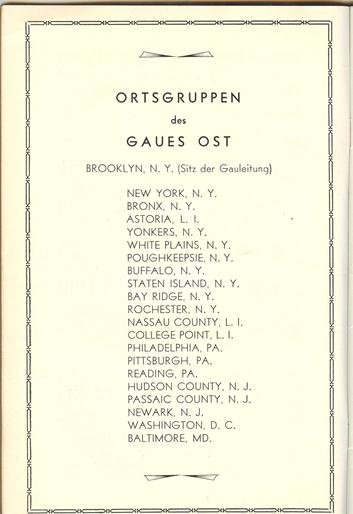 The groups represented are listed in the program, with "Bay Ridge N.Y." receiving special mention, and Brooklyn at the head of the list, as "Seat of the Leadership District." Many things about the program indicate a well-organized group with firm roots in the community. Who, then, were the Nazis of Brooklyn?

On August  12, 1935 the New York World Telegram reported that there were 1,100 Nazis in Ridgewood, Brooklyn, but "to most of them, the American Nazi movement offers simply another of those sociable Vereins they can never resist joining." There were two main organizations: the Friends of the New Germany, headed by Joseph Schuster; and the breakaway American National Socialists League established in January 1935, headed by Anton Haegele.

According to William Birnie in the same newspaper on August 14, Nazism offered two attractive features to German Americans who might have had no interest in spreading Nazi propaganda: first, they supported the war on the American boycott of German goods and services; second, they offered an extensive program of social and athletic activities. 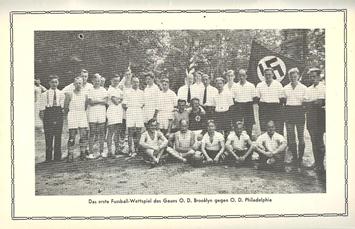 Several photographs in the program show uniformed groups. Above, Brooklyn's Nazi soccer team took on the Philadelphia Gauleitung. We do not know who won. But soccer was only one of many activities offered by the Nazis. Camp Siegfried in Yaphank, L.I., offered the area's Fascists a place to strutt, march, relax and exchange salutes. On arrival at the Yaphank train station, an enthusiast from Brooklyn would have been greeted by crowds of fellow campers giving the Nazi salute. 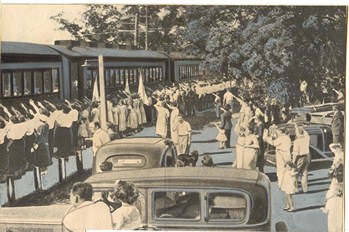 Once settled, the camper could enjoy marching in strict formation, stealing fruit from nearby orchards, chasing local residents from Yaphank Lake, or taking a ride on a Ferris Wheel. According to the outraged Justice Neuss reporting to the Brookhaven Town Board, between 3,000 and 5,000 persons visited the camp each weekend. 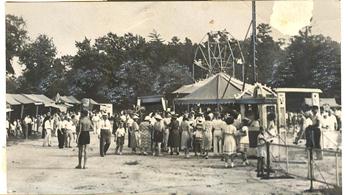 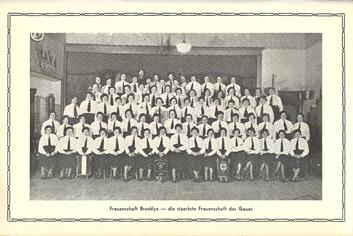 According to the program, Brooklyn's women's group was "the strongest in the region."

On March 13, 1938 Brooklyn's long-serving Representative, Emanuel Celler, appeared on a radio program in which he registered his alarm at the spreading of Nazi ideology. Quoting a study in the magazine Ken, he said, "Within the last week (the Nazis) have captured complete control of the old German American societies which for five years put up a stiff fight against the Nazi invasion. In Los Angeles, New Jersey, Brooklyn...Nazi officials took over the united German societies, lock stock and barrel..." Celler urged the passing of a bill in congress to compel all propagandists to register.

Celler was not the only one to be alarmed. One correspondent to the Brooklyn Daily Eagle wrote: "Why are the German-Americans parading here? Why are they establishing Nazi camps, dressed in full uniform, practicing the Hitler salute?...and when doing so they carry the American flag." 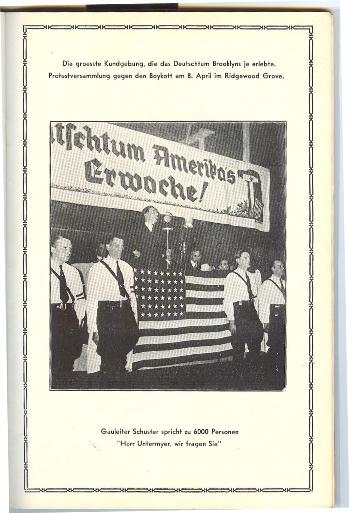 Apr 23, 1938 Charles Weiss, editor of a Brooklyn anti-Nazi magazine, was found badly beaten with swastikas etched on his back. He worked in the offices of the Anti-Communist Anti-Fascist and Anti-Nazi League at 130 Flatbush Ave near the LIRR. Four men "of German appearance" broke in, pinned his arms behind him and demanded that he kiss a small Nazi flag. He refused.

Oct 3, 1938 2000 members and sympathizers of the pro-Nazi German-American Bund met at the Prospect Hall, 261 Prospect Avenue. 200 pickets from the American League for Peace and Democracy, "a leftist group," picketed outside.

March 16, 1939 400 members and friends of the German American Bund attended a rally at the Schwaben Hall, Knickerbocker and Myrtle Aves. Sponsored by the Brooklyn unit of the Bund in Ridgewood, the meeting was held to show motion pictures drawing comparisons between the old and the new Germany. The event included speeches by Karl Nicolai, Brooklyn chairman of the Bund, and Gustav Wilhelm Kunze, national director of public relations. The Schwaben Hall in Bushwick was a particular hotbed of Nazi activity. In fact the final page of our program invites German Americans to meetings at the Schwaben Hall "Jeden Mittwoch" (every Wednesday) at 8:30 P.M. The headquarters of the Friends of the New Germany was nearby at 533 Knickerbocker Avenue, and Hamburg Ave was renamed Wilson Ave after Word War I. 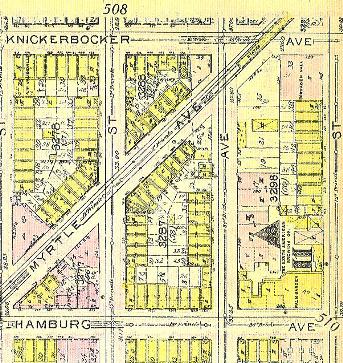 The Schwaben Hall, shown as the pink square at the top right of the map, burned down in 1977. 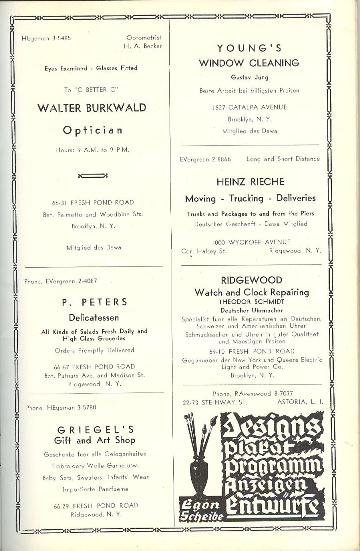 Local businesses of all kinds were not shy to advertise in the program. The particular meeting documented here included musical excerpts, as well as a speech by Gauleiter Schuster. The Star-Spangled Banner opened the event; Johann Strauss's Fledermaus Overture came next, then a few other items followed by the Radetzky March.  After speeches, athletic displays and songs by the youth group, the program ended with the Horst Wessel Song.

And what happened to the members of these organizations when war broke out? Some surely quietly hid their involvement. But according to Mark D. Van Ells, "When Hitler declared war against the United States four days after Japan attacked Pearl Harbor on December 7, 1941, Bund members found themselves stranded in enemy territory. Federal agents seized Bund records. Many of its members faced denaturalization proceedings and imprisonment."

Prospect Hall, known now as the Grand Prospect Hall, is still holding functions. Today though they are more likely to host 2,000 orthodox Jews than any Bund. Only in America.
Fascinating article.
Is there a list you know of that names the members and the visitors to the camps???