In this year of radical listening, Brooklyn Public Library & BPL Presents, together with curator Laura Raicovich, in partnership with Hyperallergic, asked: What do you feel is most important in culture right now? 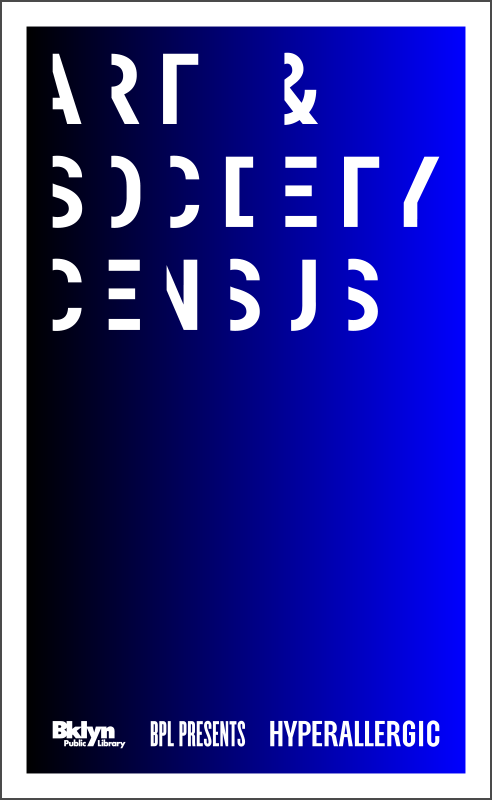 Fadwa Abbas was born and raised in Sudan and immigrated to the United States at the age of fourteen.  She currently lives in Brooklyn, NY, and works as an educator.  She has taught students ranging from the age of five to the age of eighty years old.

Kazembe Balagun is a public programmer and writer living in The Bronx. His work has appeared in the UK Guardian, Metrograph.com and The Indypendent. He works as a project manager at Rosa Luxemburg Stiftung New York Office.

Regine Basha is an independent curator, writer and educator as well as an advisor to artists and to non-profits. For over 25 years her career has taken her through Canada, across the US and into the MENA and Latin American regions. As a curator, she often works at the intersection of revisionist histories, sound/music cultures, and context-specific exhibitions and public projects. She is also the founder of the online digital archive and storytelling project, Tuning Baghdad, which is also presented live in collaboration with Dar Al Sulh, a narrative dinner with Michael Rakowitz and Ella Shohat. Basha sits on the Executive Board of Art Matters and is an Adjunct Professor in the Columbia University MFA program.

Suhaly Bautista-Carolina (she/her) is an herbalist, educator, arts administrator, and community organizer whose work is rooted in the collective wisdom and power of community. Throughout her roles at the Caribbean Cultural Center African Diaspora Institute, Creative Time, ArtBuilt, and Brooklyn Museum, Suhaly has centered radical care and love as essential values in the arts and culture landscape. In 2019, Suhaly joined The Met as Senior Managing Educator of Audience Development and Engagement, and was recently named a 2021 Women inPower Fellow at the 92Y’s Belfer Center for Innovation and Social Impact.

Jennifer Keeney Sendrow is the Executive Producer for Multiplatform Content at New York Public Radio, home to WNYC and WQXR, New York’s flagship public radio and classical music stations. There, she curates the programming in its street level live performance venue and broadcast studio, The Jerome L. Greene Performance Space, and leads WNYC Studios’ internationally recognized annual festival for women in audio, Werk It. Earlier in her career, Sendrow held positions as a writer, reporter, and producer at WNYC, Sirius XM, Martha Stewart Living, Guide Michelin, Not For Tourists, and Explorer Guides. Sendrow holds a B.A. in literature from New York University and completed a Fulbright year studying politics at the University of Aarhus, Denmark.

Hrag Vartanian is the editor-in-chief and co-founder of Hyperallergic; and an editor, art critic, curator, and lecturer on contemporary art with an expertise on the intersection of art and politics. In 2016, Hrag launched the Hyperallergic Podcast, which tells stories from around the world (iTunes). Some notable episodes have delved into the history of Surrealism in Egypt, the little-known story of female Abstract Expressionists, and front-line coverage of the artists taking part in the #StopDAPL action at the Standing Rock reservation in North Dakota. His curatorial interests are focused on theories and practices of decolonization, which is informed by his own experience of being part of a post-genocide diaspora.

As people working daily with artists and publics producing and organizing events, we are familiar with many of the complexities of art and art institutions. While we recognize that institutions often reflect biases in society, we also believe that art is absolutely relevant and can bring meaning to our lives. Further, the current global pandemic has emphasized  existing racial, economic, and social inequalities in the US. Social distancing and new health constraints in addition to the opening of powerful conversations spurred by Black Lives Matter protests and discourse, are profoundly impacting how we gather in shared public space. These have also pushed cultural and public institutions to re-evaluate their work.

To glean meaning from these important events and conditions, BPL Presents, the arts and culture division of Brooklyn Public Library, together with writer and curator Laura Raicovich and the online media platform Hyperallergic, believe the most important way forward is to listen as you and others share observations, concerns, insights, and desires of what arts and culture can do to transform our everyday life with renewed purpose.

We want to hear from you. The results of this short questionnaire below will provide material for the formation of a series of working groups made up of members of the public. These will be organized by Brooklyn Public Library over the Winter and Spring of 2021. Both the written feedback and the outcomes of the working groups’ discussions will be presented at  an expanded convening inviting NYC residents, artists, art-appreciators, national and international arts workers, museum and public institutional directors and staff. We hope these efforts will spur new ways of sharing art and culture in public spaces that will best serve the broadest collective imaginable, while being rooted in a hyper-local approach.

This has been a year of radical listening for us and we hope to move culture forward through it.

In solidarity and with thanks for your valuable input,