As Oklahomans and the nation commemorate the 100th anniversary of the 1921 Tulsa Race Massacre, three experts recount the harrowing history of the worst single incident of racial violence in America. Join them as they explore the suppression and outright denial of that history, spotlight those who fought to uncover the truth, and reflect on our country’s ongoing power struggle to tell historical narratives related to race. Scott Ellsworth served as chief historian on the Tulsa Race Riot Commission (1999-2000) and chairs the committee leading the effort to identify the unmarked graves of victims. His new book, The Ground Breaking, unearths the lost history and discusses the fight to win restitution for the victims’ families. Tulsa native Caleb Gayle, who writes about the impact of history on race and identity, has a major article about the Tulsa Race Massacre forthcoming in The New York Times Magazine. And Mechelle Brown-Burdex manages programs at Tulsa’s Greenwood Cultural Center and has dedicated her career to telling the history of Black Wall Street. She is a member of the Tulsa Mass Graves Historical Narrative Committee. The program is moderated by Aaron Morrison, award-winning multimedia journalist and national race and ethnicity writer for The Associated Press.

This program is part of the multi-faceted public history project "Brooklyn Resists" which includes an exhibition at the Center for Brooklyn History (128 Pierrepont Street), a collecting initiative, website, curriculum, as well as regular evening programs.

Scott Ellsworth, a native Tulsan, is the author of Death in a Promised Land, the first-ever comprehensive history of the 1921 Tulsa Race Massacre. Dr. Ellsworth is helping to lead the ongoing effort to uncover the unmarked graves of massacre victims. Formerly a historian with the Smithsonian Institution, he has written about American history for The New York Times, The Washington Post, and The Los Angeles Times, and has appeared on National Public Radio, the TODAY Show, PBS's American Experience, and in film and broadcast documentaries. His book, The Secret Game, won a 2016 PEN Book Award, and was named by the Chicago Tribune as one of the Top Ten Books of the Year. His new book is The Ground Breaking: An American City and Its Search for Justice. He lives in Ann Arbor, where he teaches in the Department of Afroamerican and African Studies at the University of Michigan.

Caleb J. Gayle, a son of Tulsa living in New York, writes about the impact of history on race and identity. His writing has been featured in The New York Times, the Guardian, the Atlantic, the New Republic, the Root, among other publications. His forthcoming book from Riverhead Books offers a narrative account of how many Black Native Americans were divided and marginalized by white supremacy in America. Gayle holds an MBA and master’s degree in public policy from Harvard Business School and Harvard’s Kennedy School of Government where he was a Soros Fellow. He has also been named as a New American Fellow and a Demos Emerging Voices Fellow, and was a US News Fellow at the Guardian. 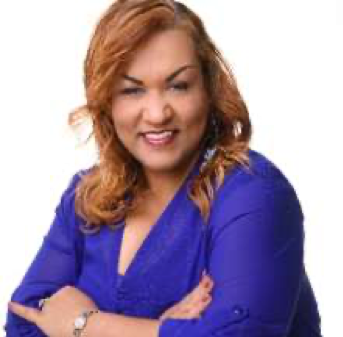 Mechelle Brown-Burdex is a native of Tulsa, Oklahoma. She currently serves as the Program Coordinator for the Greenwood Cultural Center (GCC) where she has implemented and managed several award-winning programs. During her 24-year tenure, Ms. Brown-Burdex has contributed to the development of several pictorial exhibits at the Greenwood Cultural Center, as well as several publications, including A Century of African American Experience, Greenwood: Ruins, Resilience and Renaissance. She is the Tour Guide for GCC and has given guided tours to thousands of students, educators, and tourists from around the world, teaching the tragic history of the 1921 Tulsa Race Massacre and the triumphant history of Black Wall Street through storytelling. She is a member of Tulsa Mass Graves Historical Narrative Committee.

Aaron Morrison is an award-winning multimedia journalist based in New York City, where he is a national race and ethnicity writer for The Associated Press. Before that, he was a senior reporter at The Appeal and an on-air correspondent and senior writer for Mic. His work typically focuses on race, civil rights, criminal justice reform and grassroots social movements. He has embedded himself with activists to document developments in the Movement for Black Lives. Aaron is a longtime member of the National Association of Black Journalists and has served on the board of the organization's New York City chapter.